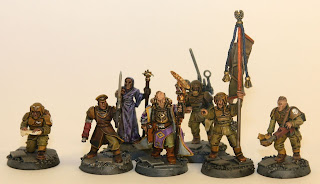 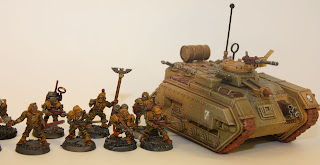 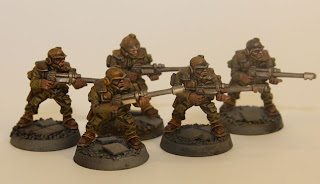 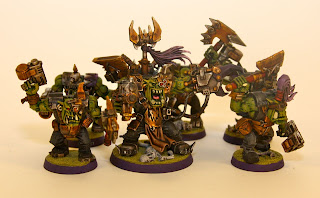 I've posted quite a few tanks, but have not put up many of my actual guardsmen. Since I have been experimenting with light boxes today I ended up with a bunch of units photographed. The older minis were all part of my grey with white stripes guard army that had selected models simple greened. The rest are part of a box set that bought as part of a painting competition. The guardsmen are dirt simple to paint, and I think they look pretty good next to the chimera. I have never fielded this force, but keep meaning to.
I had to toss in a shot of the AoBR Orcs. I love those models. I may paint up another batch in some bad moon colors just because.
Posted by John Stiening at 5:40 PM