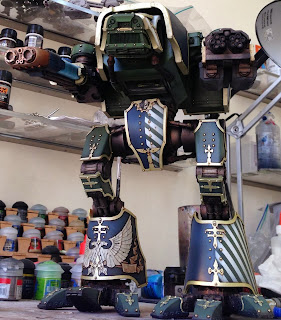 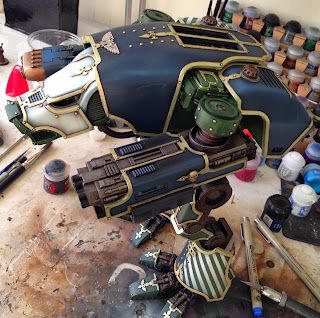 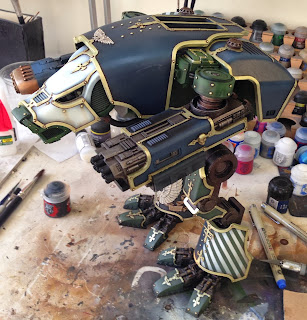 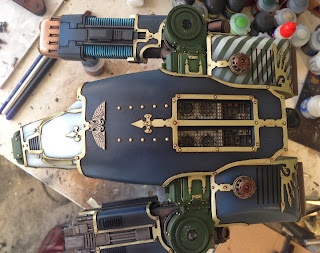 The end is in sight! I still have a lot to paint on the warhound, but enough of the model is now put together that I would not feel embarrassed fielding it in a game. It is coming close to the time when she will have to walk. (walk is the term for military planetfall for titans)

Now the bad news is that I glued some of the hose ports on the wrong gun, so I need to do some prying re-glueing and re-painting. Then the crew will see some paint. I also have to either cast a replacement shoulder cap, or build one, to replace the one I lost. Those will cover the shoulder ball joints which you can see on the photo.

There are ample opportunities for weathering, but I am going to wait until I figure out the decal/freehand situation. The Ledio Astorum have a morning star for their symbol, and I need to work that in somehow. I may try to print my own decals, and use them as templates, but who knows. 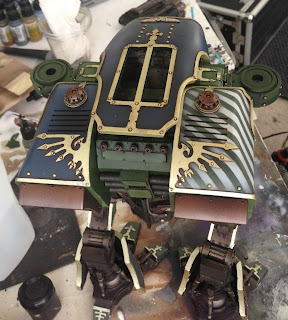 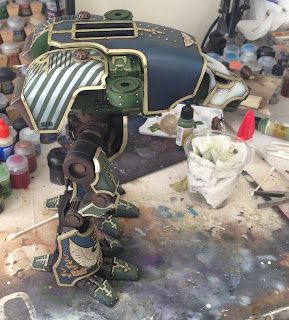 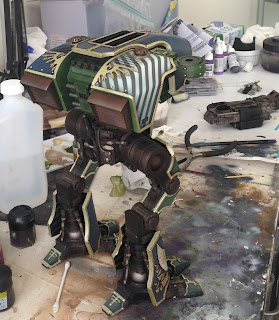 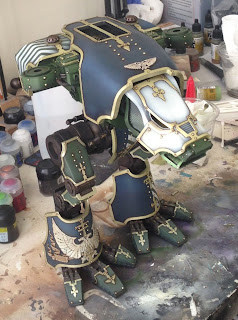 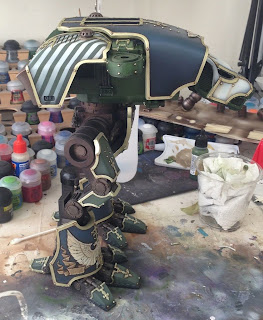 On the other hand, despite running out of two old range paints, I am really pleased with how the metal portions are coming on the model. They still need highlighting and washes, but I think vents are starting to look cool. Overall, the warhound is really starting to shape up. I am undecided if I should spray a matte varnish on this guy. She already has a coat of Purity Seal, which was necessary for the oil washes. Decals and Oil washes are still to come, so she'll be shiny for a bit longer.

So how about a real name for this beast?

She Walks: Tempestuous B**** 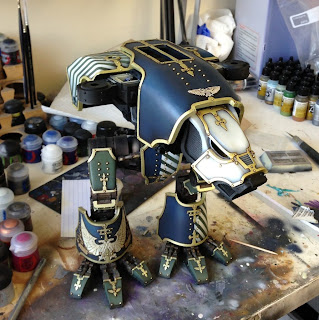 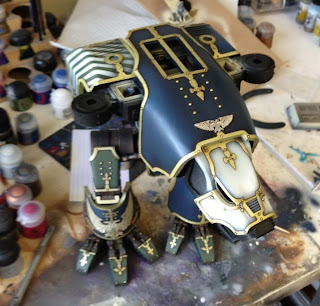 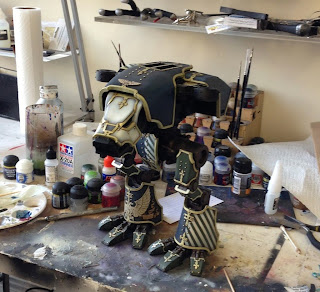 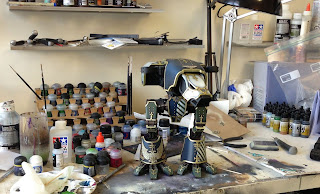 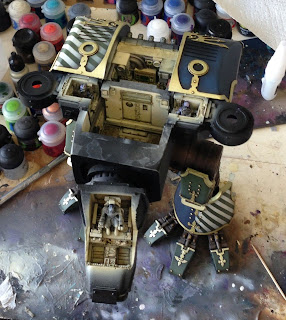 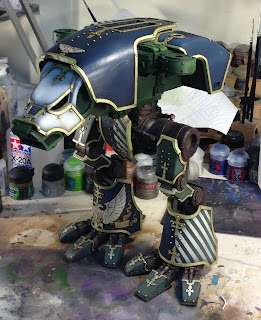 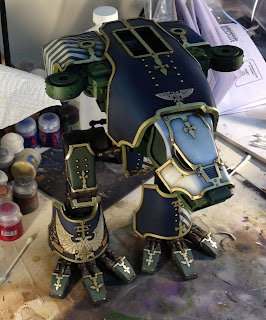 Today I decided it would be good to finally make this titan walk. Enough of the interior was finally complete enough for glueing, out came the dastardly sticky stuff. Let me introduce Tempestuous B**** of Legio Astorum. A new name will follow I assure you, but that was the name I gave her when the green and white striped right shoulder came apart and landed in my lap, coating my right leg in super glue.


This is not the most dynamic pose, but with the legs pre-glued there was not a whole lot I could do. Perhaps this Warhound stands duty guarding the Ultramarines gene-stores. That is plausible enough.
Posted by John Stiening at 2:50 PM 7 comments: 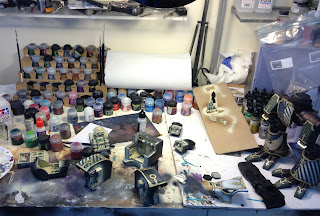 Very little painting has been accomplished. However I did manage to do all kinds of weird damage to my titan's interior using AK-Interactive's interior acrylic paint. I air brushed it on, and somehow it produced all kinds of furry threads all over the interior.  I scraped off all those I found, and I have just resprayed some bone white over the weirdest furry patches. In the end most of this stuff can't be seen really well, so I am not inclined to simple green this guys. I think it will turn out ok any way.
Posted by John Stiening at 2:38 PM 1 comment: 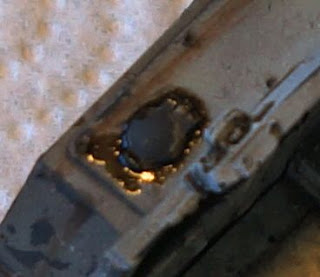 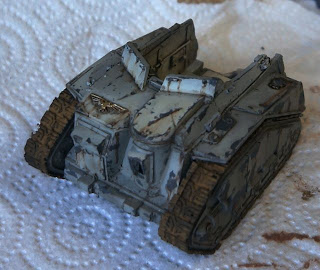 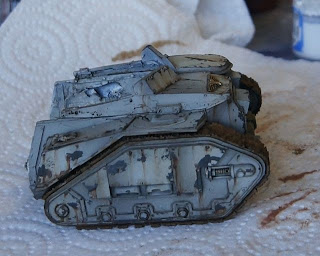 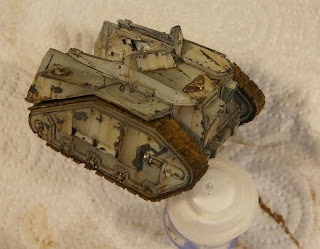 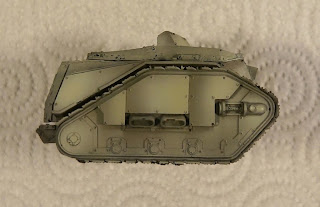 *EDIT
I added some photos in better light. I am really happy with the spilled oil around the oil caps on the back of the centaur. In better light it should be easier to tell this is in Death Guard colors.
Posted by John Stiening at 6:52 PM 10 comments: