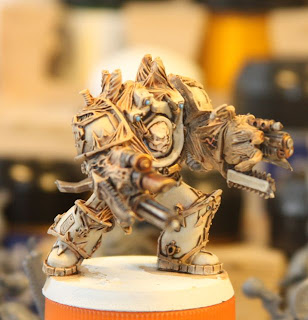 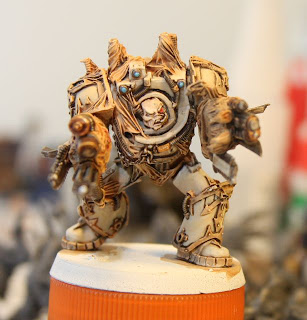 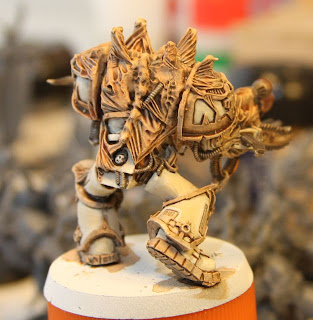 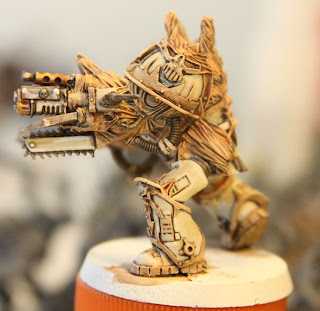 I've gotten used to people complaining about the chaos obliterators on forums and blogs. Until now I was in agreement. However after picking one up and hitting it with washes, and bone, and oranges, I've changed my mind. The sculpts are hard to work with, but I think the pose and the design lends a sense of weight. Regardless, I had one, and after reading a twitter from a poster about painting it I decided to give it a go. The lighting makes it very difficult to capture the shading, but the basic idea is there. Posed next to my plague marines, or my traitor dark angles, I think it will look pretty good. (I know I said guard were next on my painting list, but I picked up the chaos marine codex and realized I only needed a few more units to have a playable force!)
Posted by John Stiening at 12:22 PM