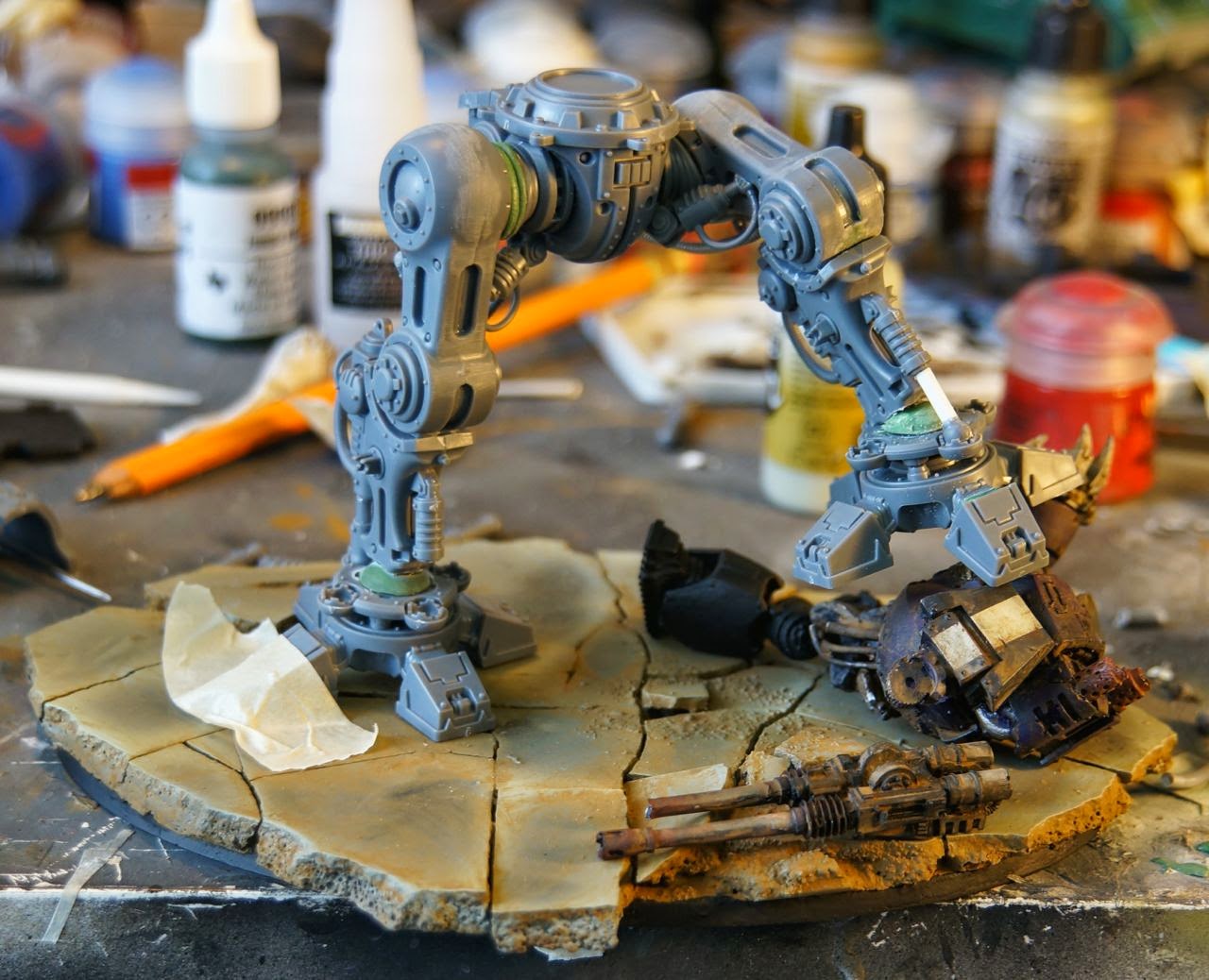 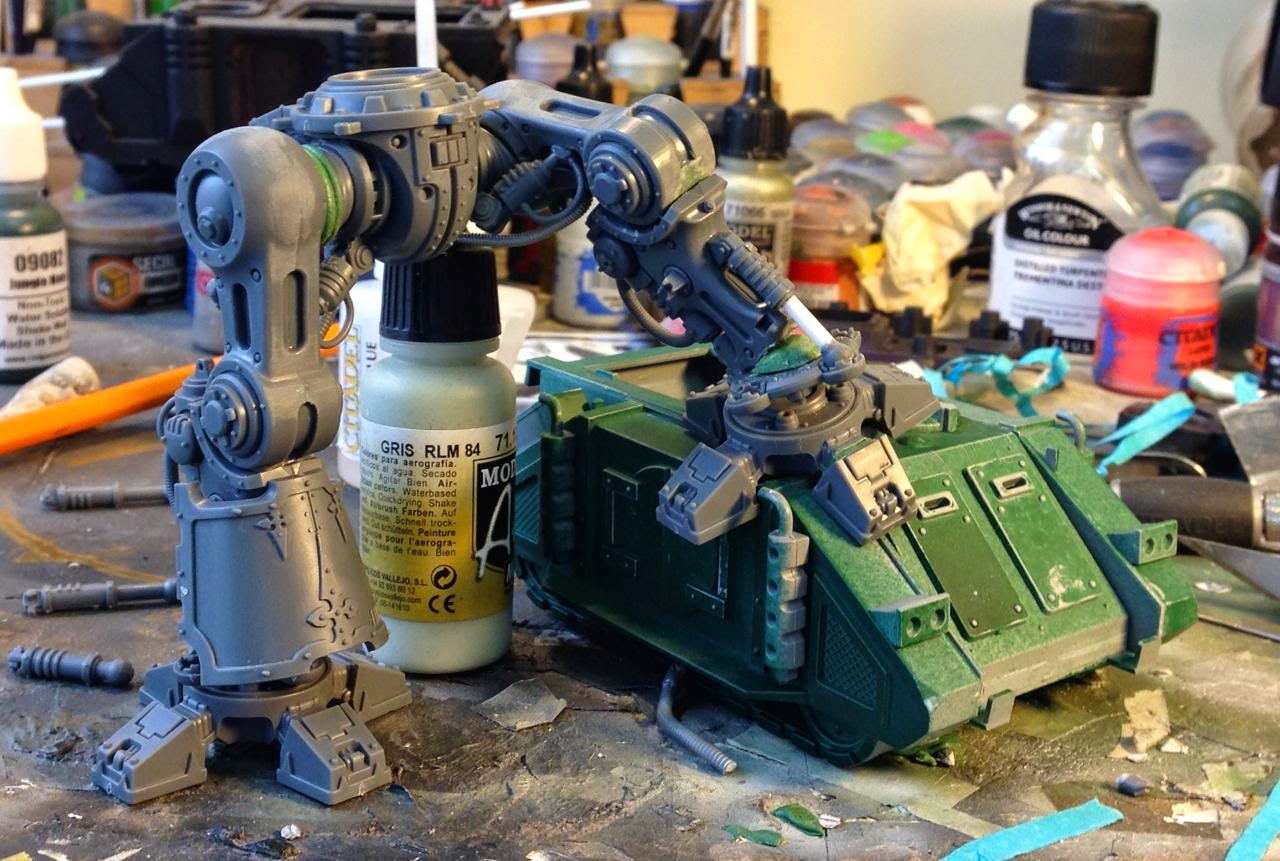 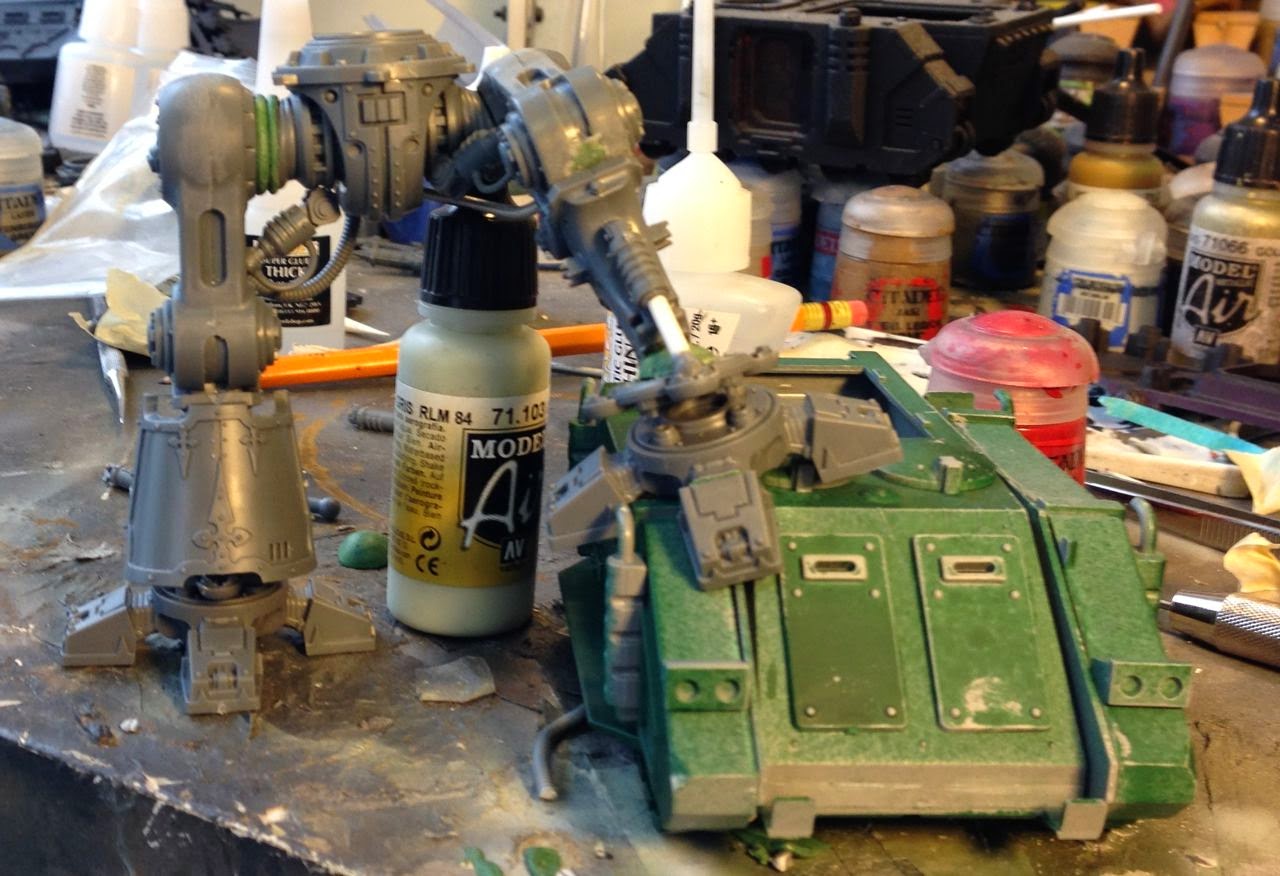 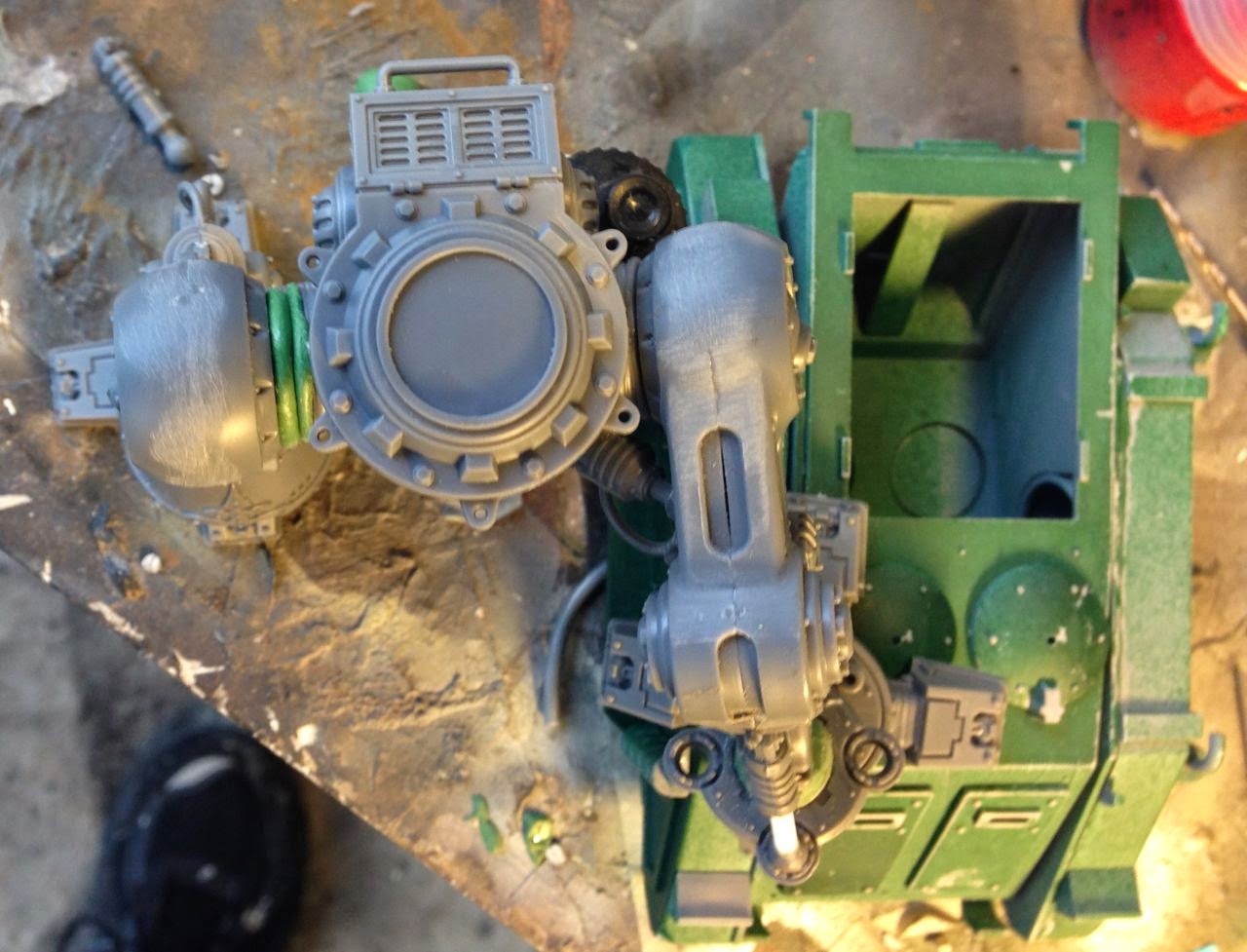 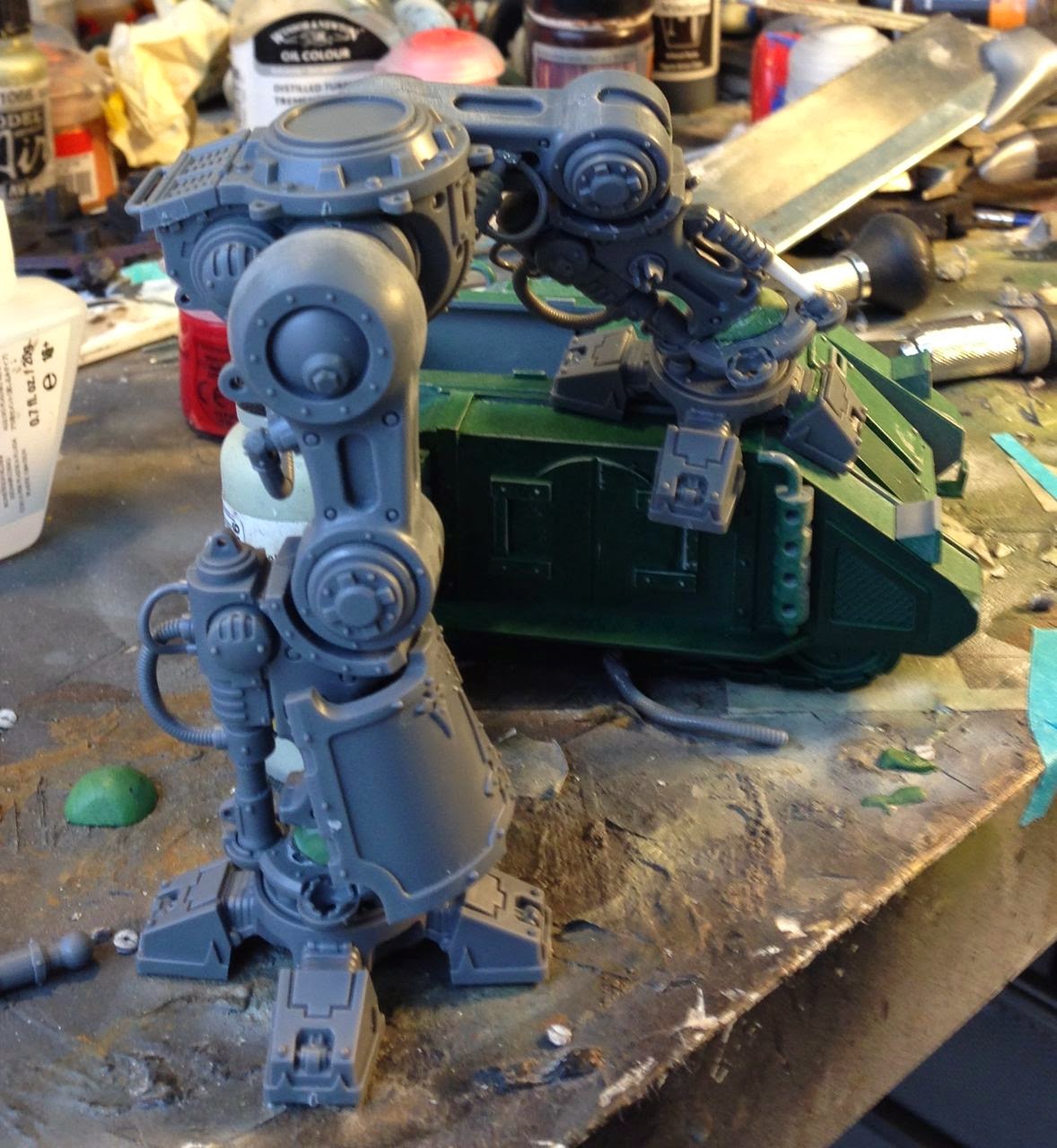 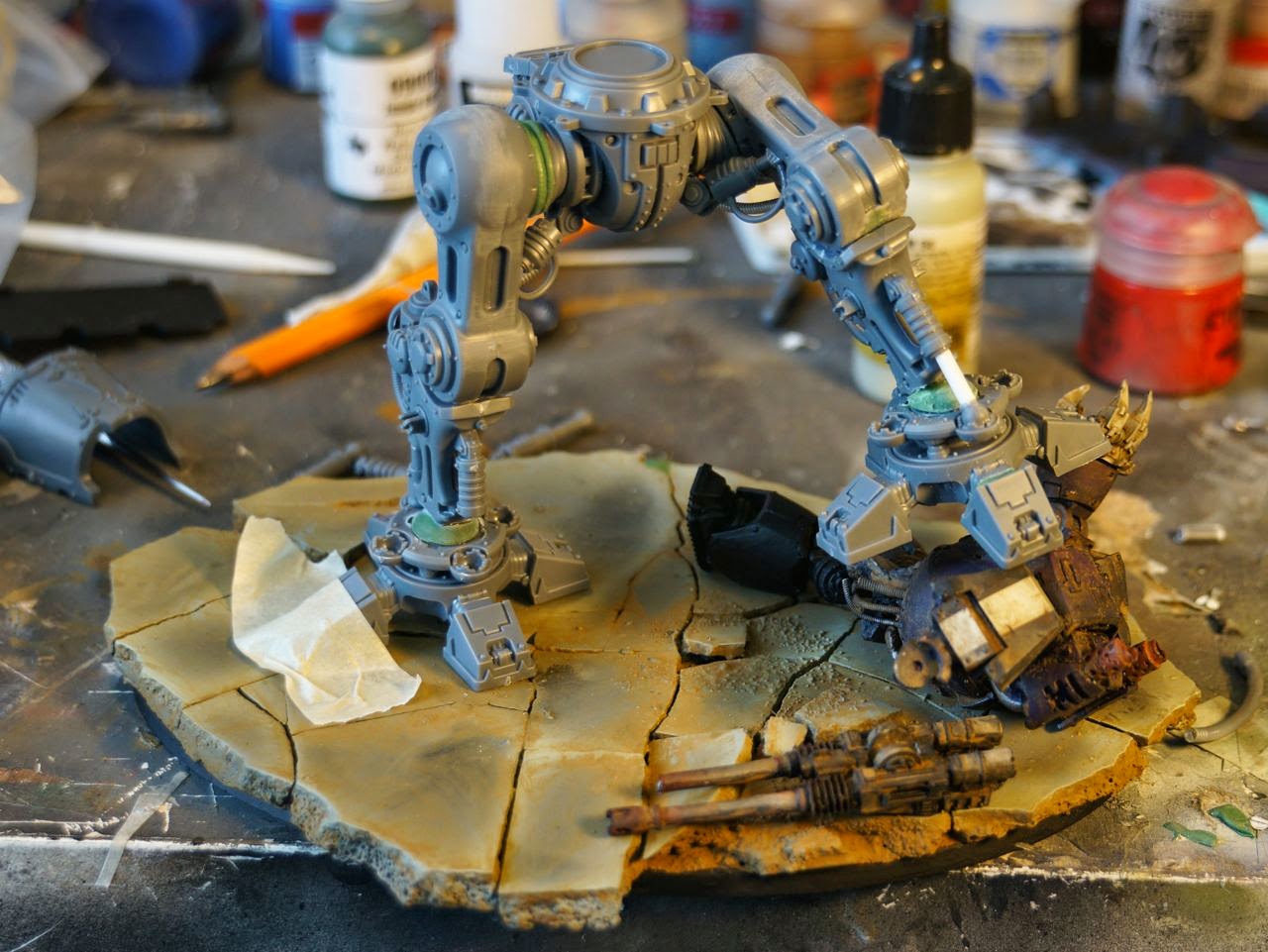 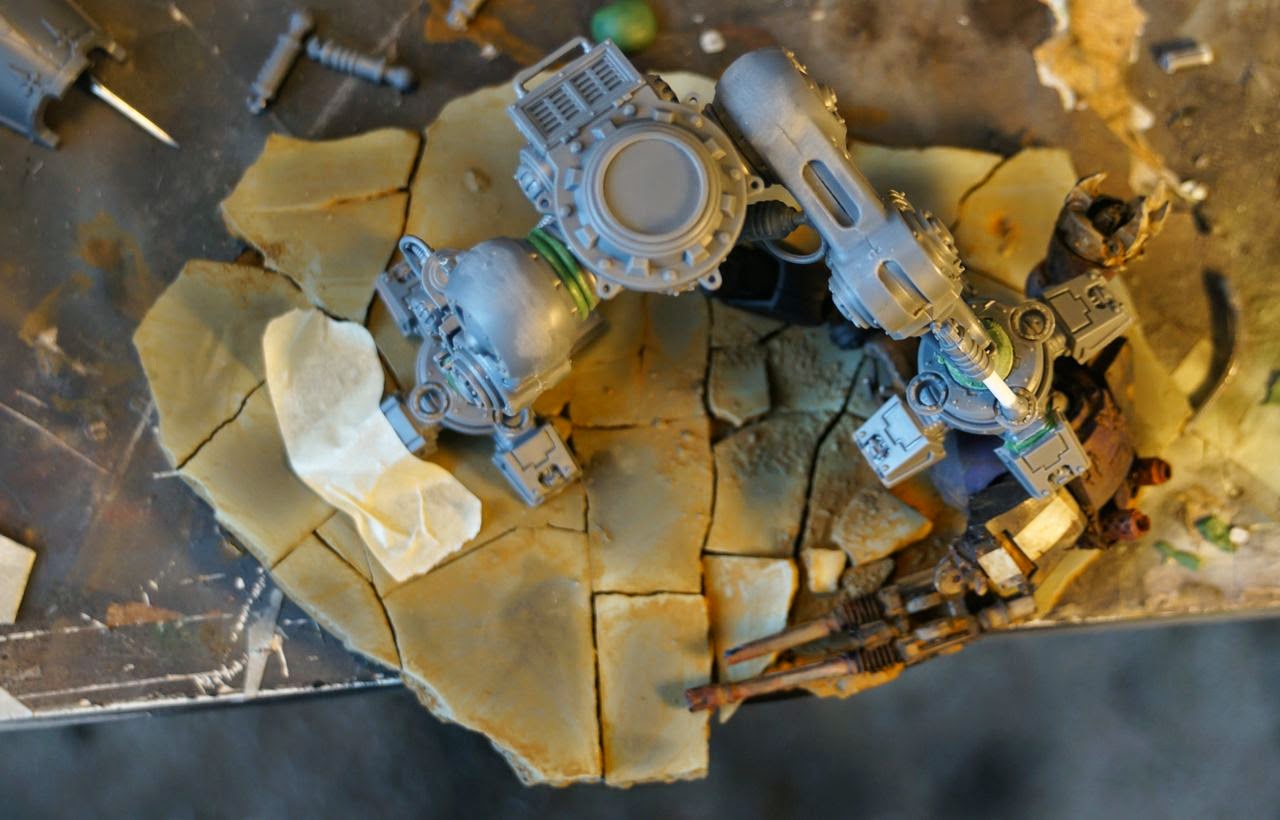 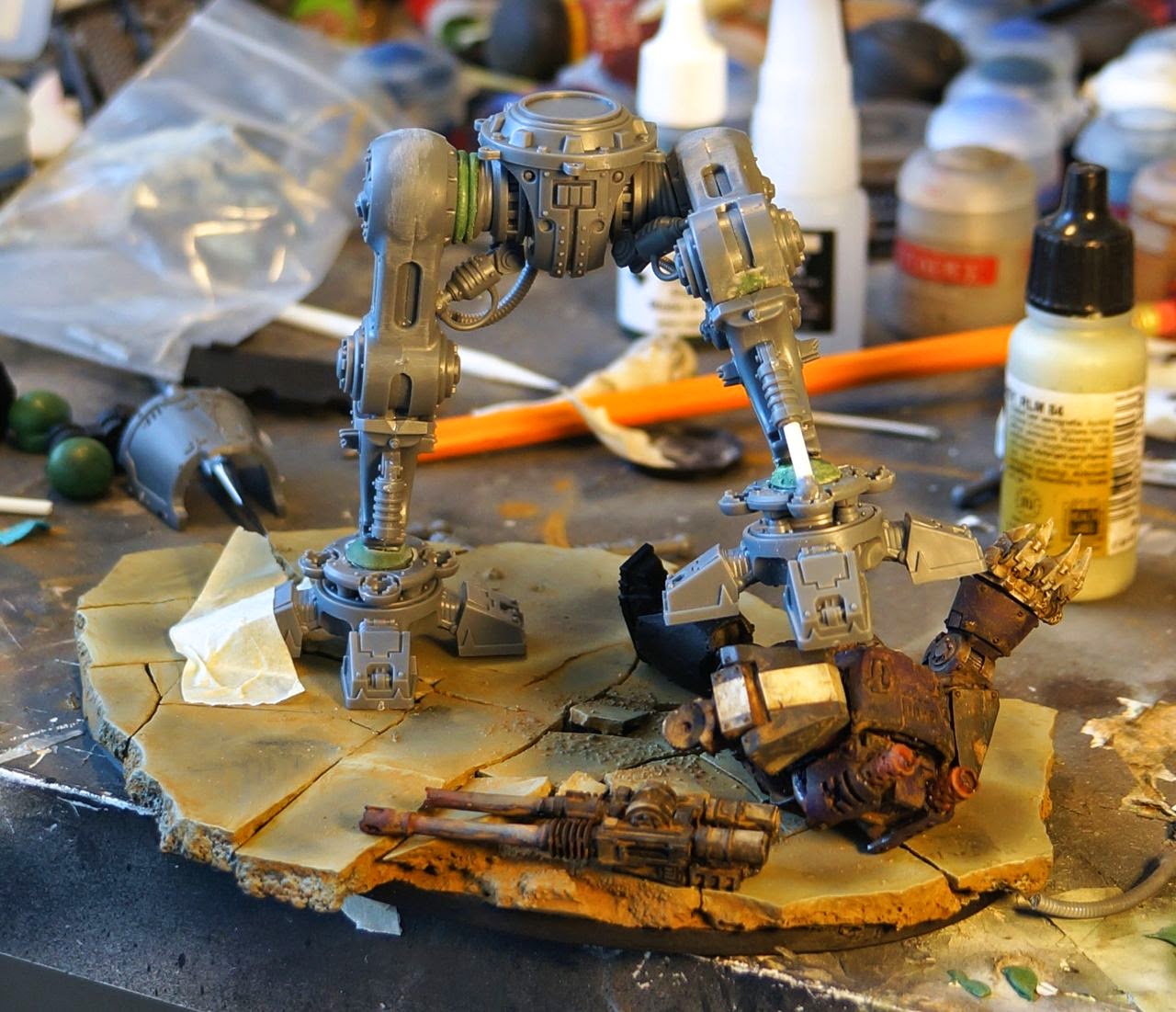 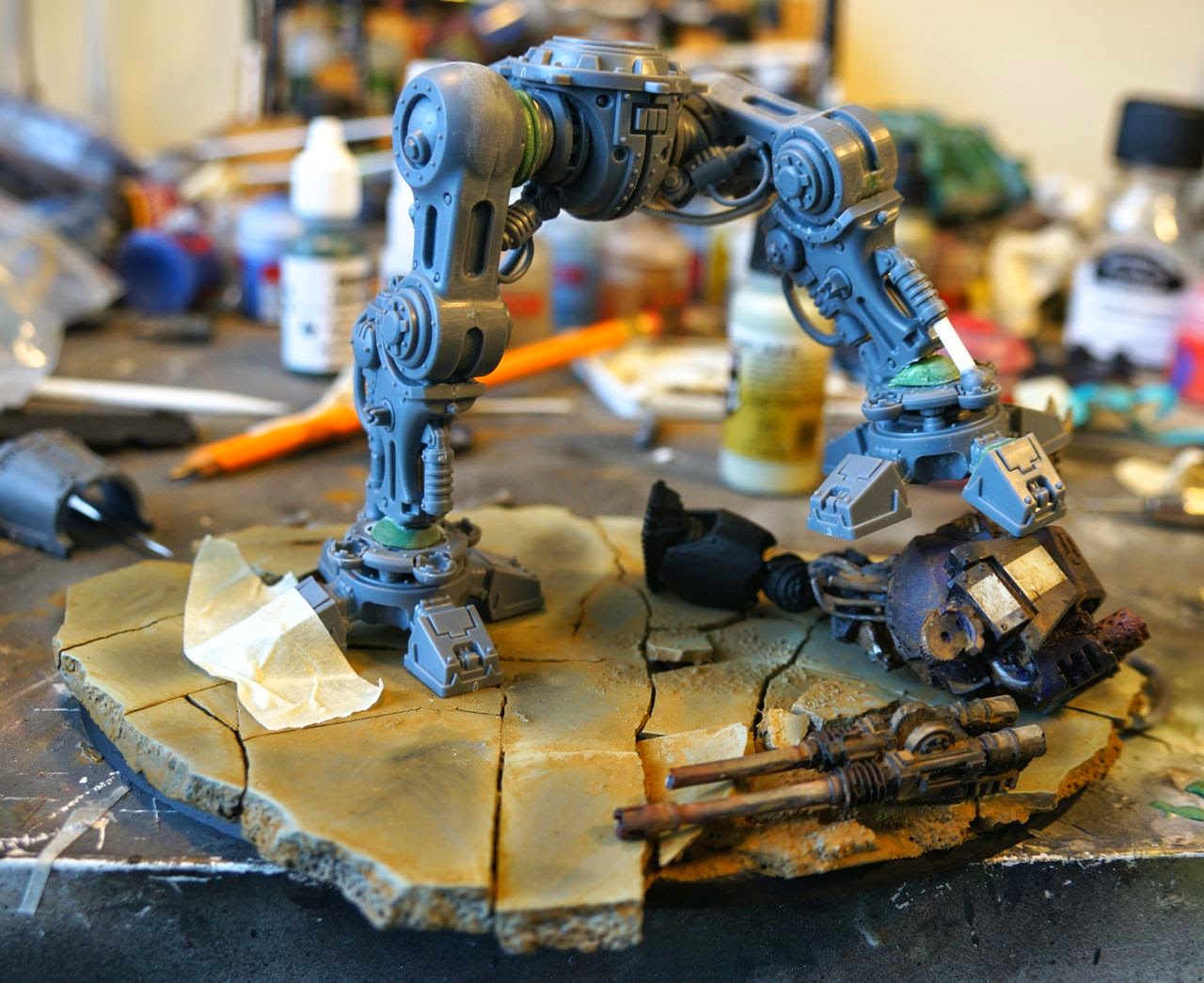 After endless amounts of cutting and bending, I have a set of Imperial Knight legs in a unique pose. My intent was to use a current edition rhino instead of a 20+ year old model, but I could not get the range of movement I needed out of the knight. With all of their cad work, I had expected the knight to be re-posable with minimal effort. I was wrong!

I may try to embed a current edition rhino into the display base a bit to get the extra height I need. Alternately, I could fix up this old rhino, adding enough detail that it looks good again. Any suggestions?
Posted by John Stiening at 12:28 PM