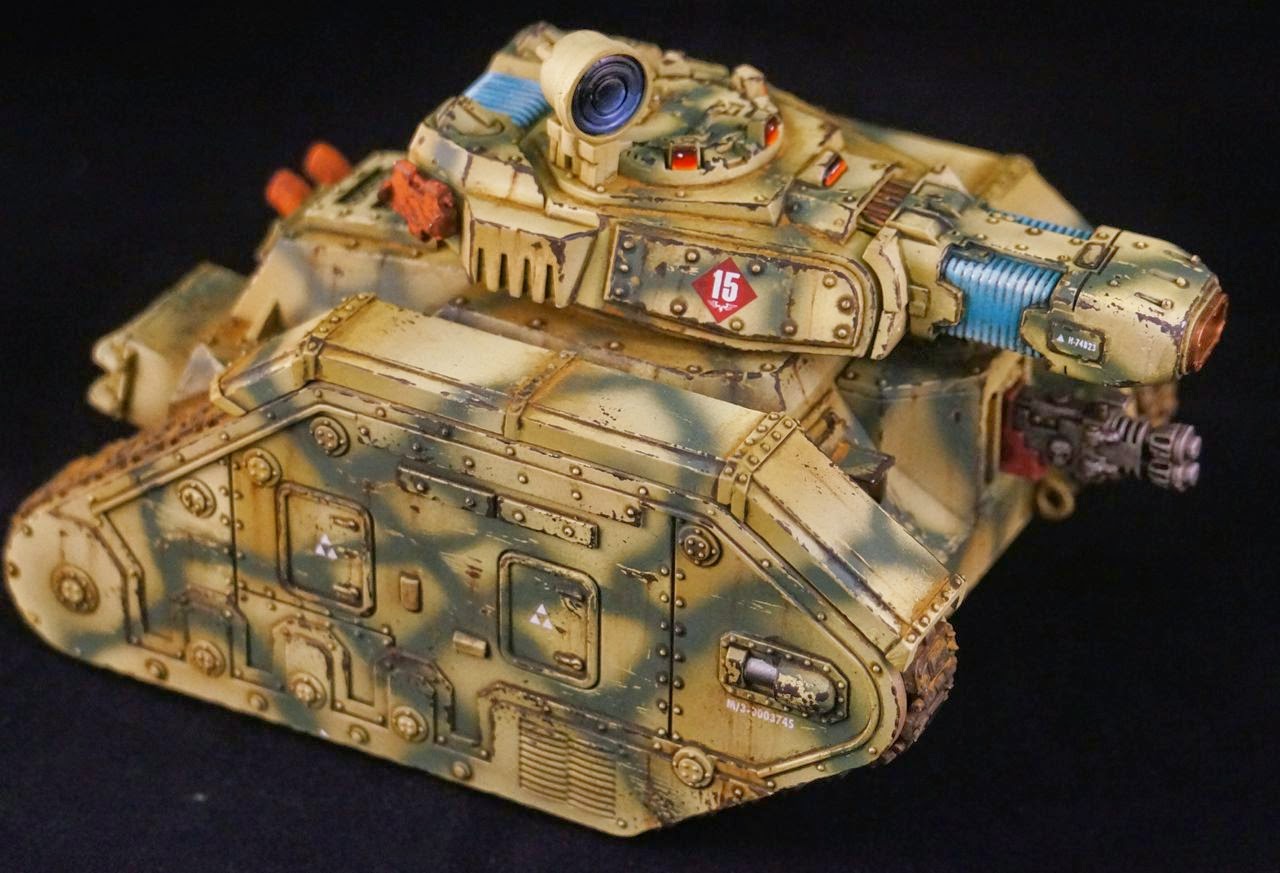 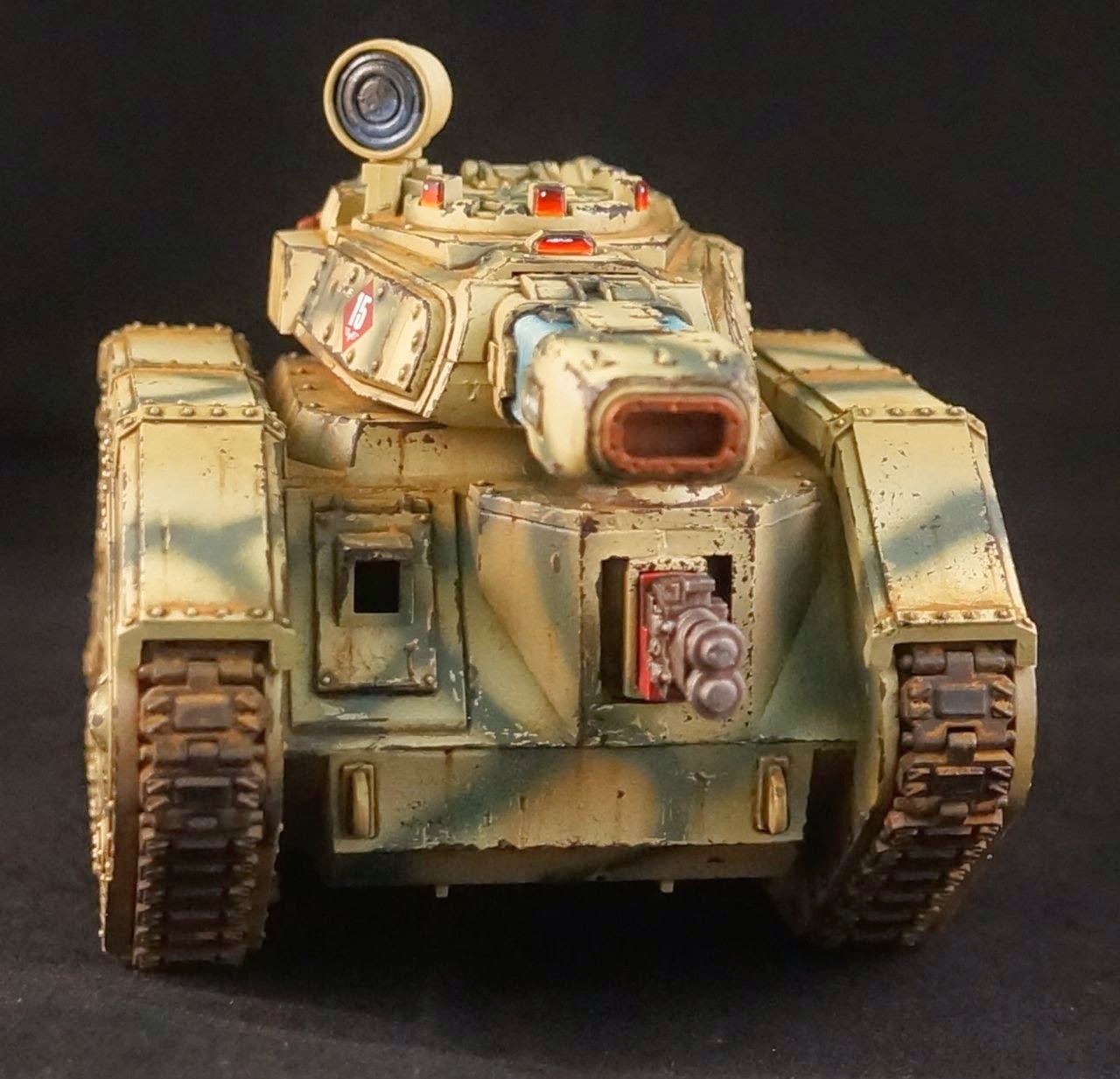 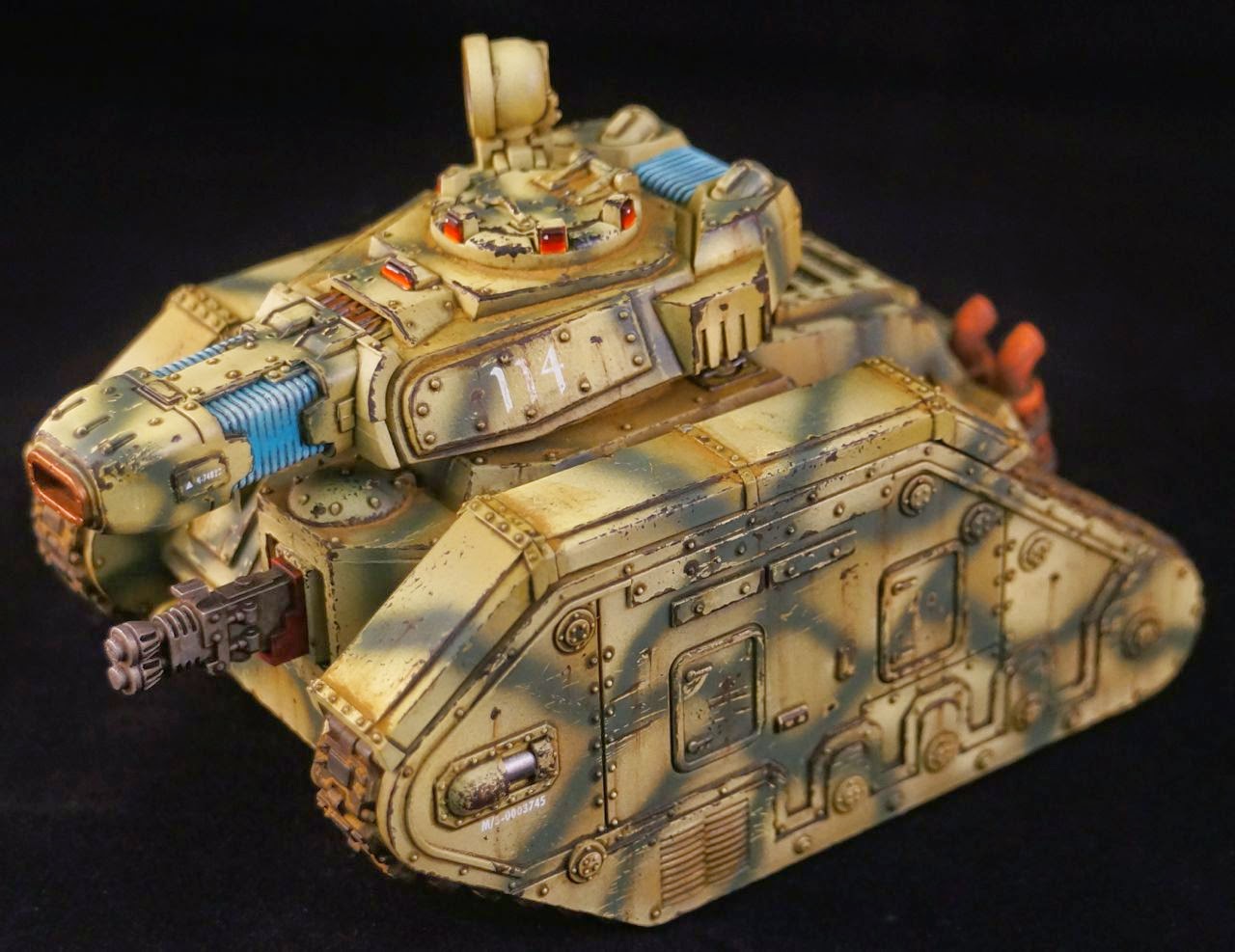 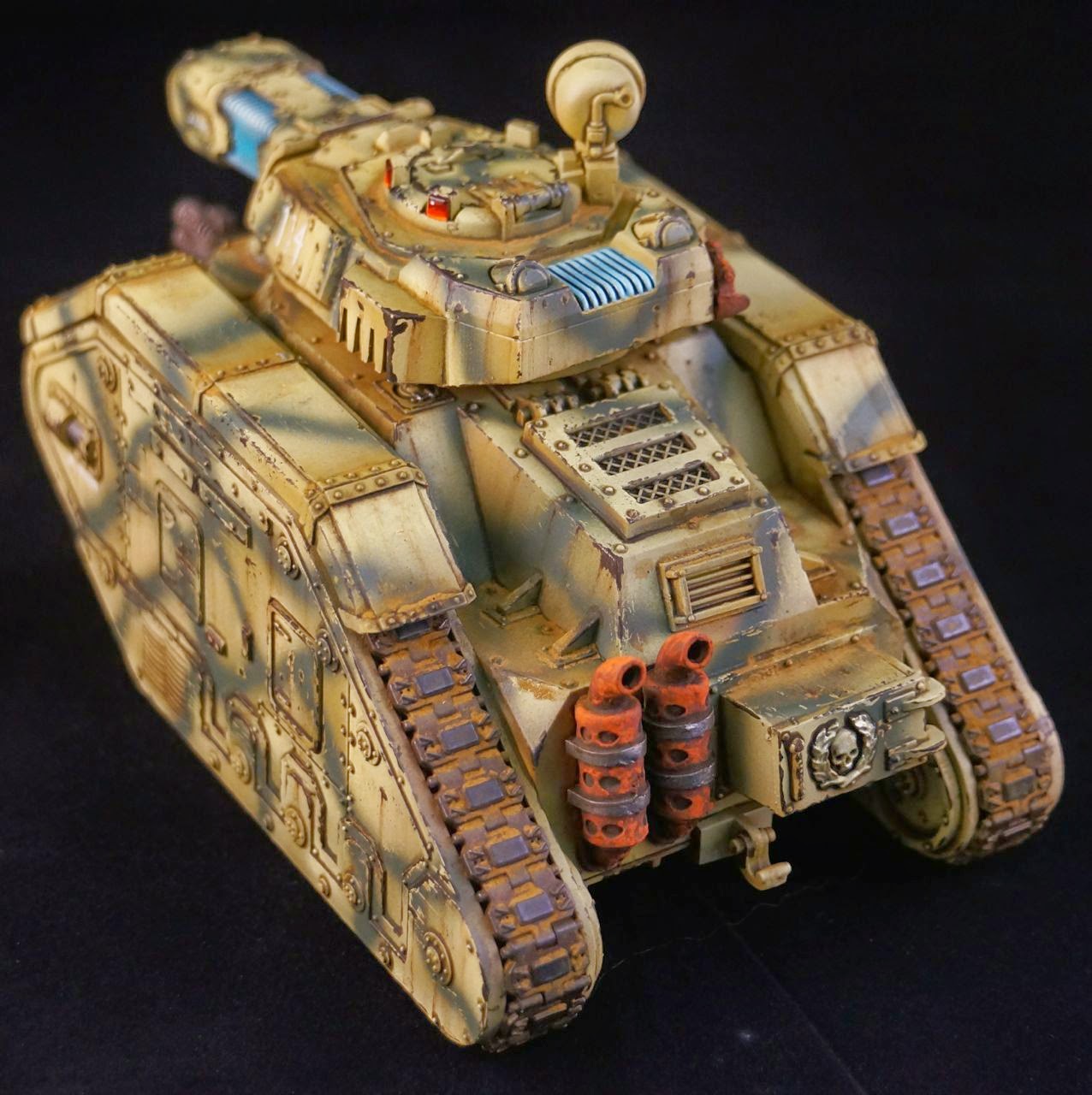 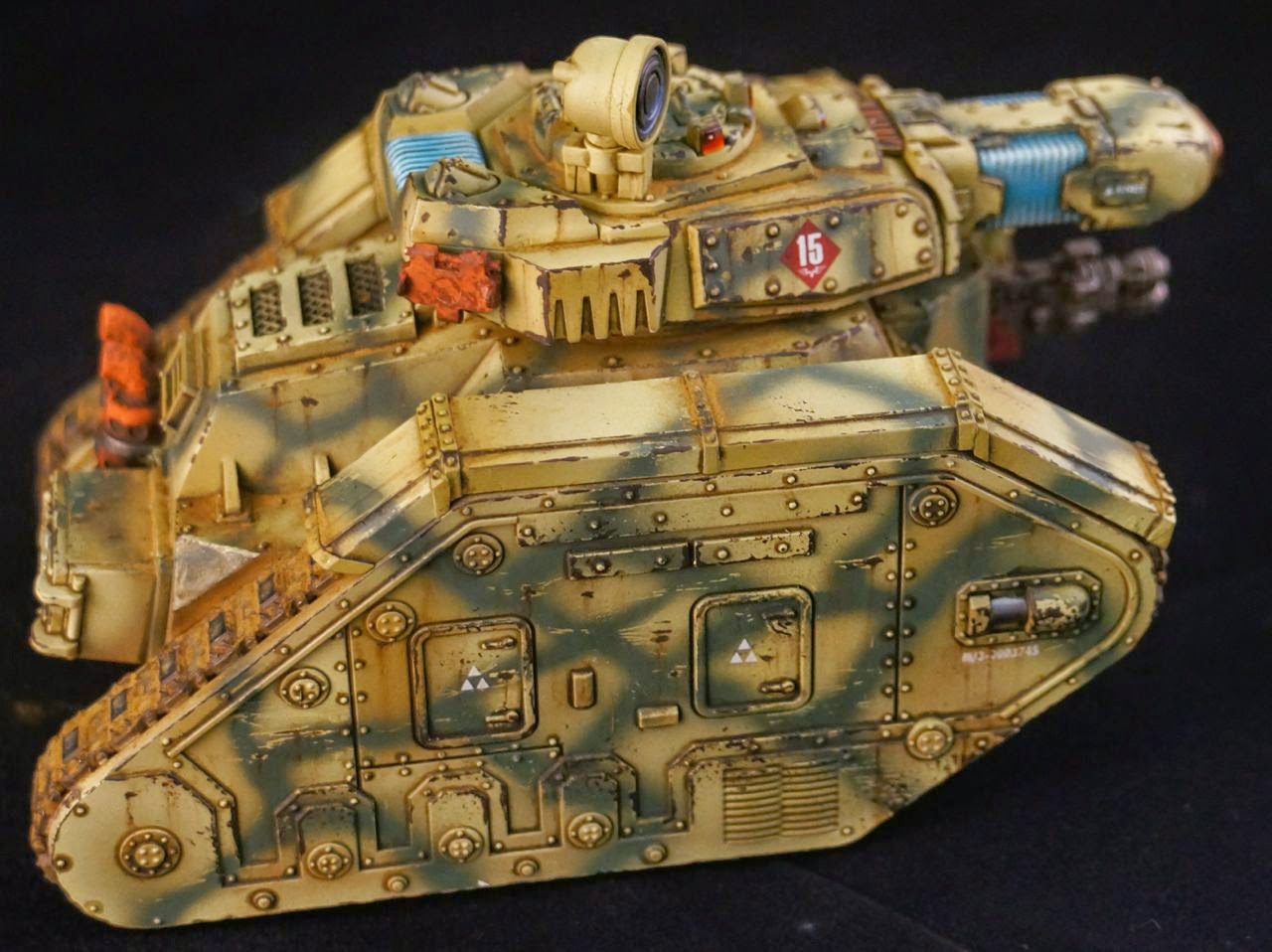 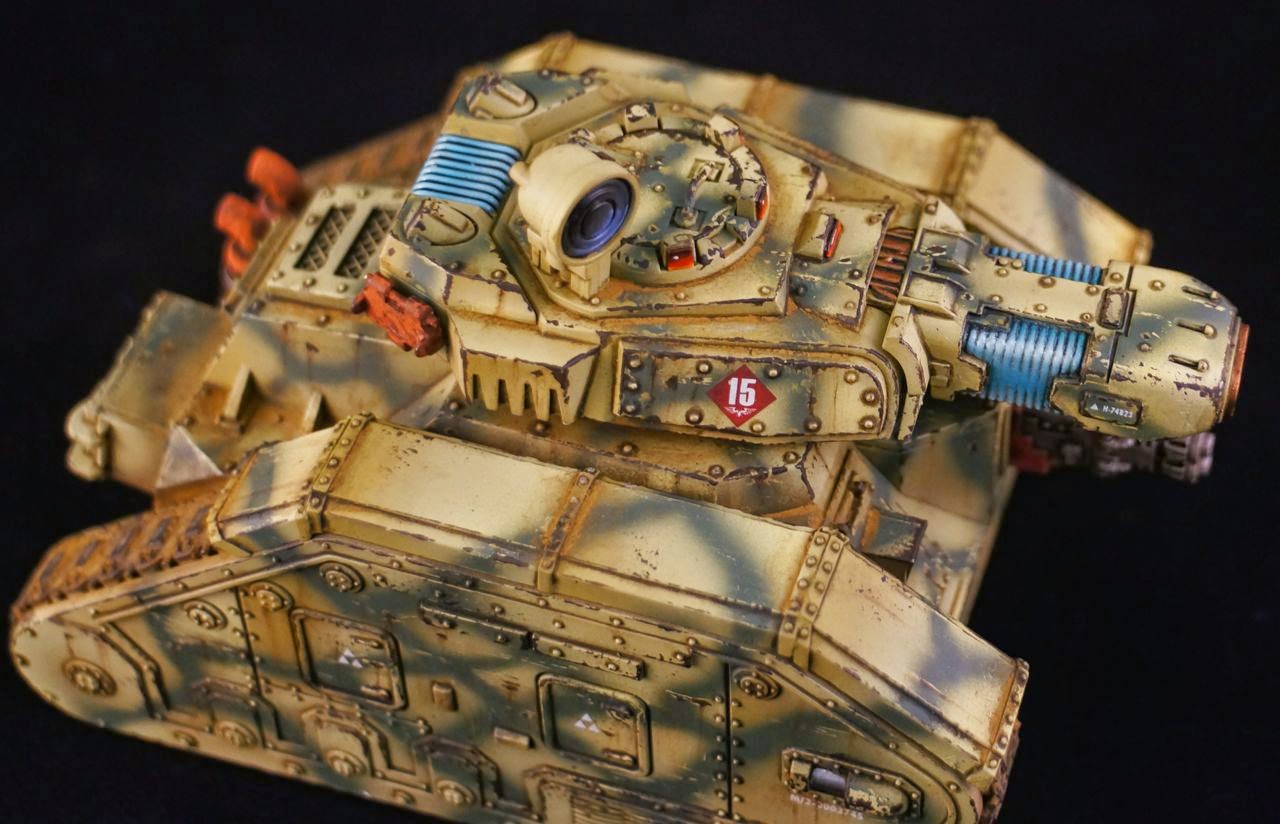 My first attempt at a dark sand and green scheme LR was not fondly received, so I thought I would take another stab at it. I spread out the camouflage lines this time in order to let more of the color modulated yellow color to show through. A little web researched showed that the early german tanks in Tunisia had the option of green or grey camouflage over the brown/yellow base coat.

There were a couple of areas I struggled with on this model in addition to the camo. The first was the spotlight. I painted it black/grey in order to have it painted, but ideally I would rather of had it been covered. I like painting lenses, and small lights, but large lights look weird to me when they are painted as if they were glowing. I thought about painting the light various shades of silver as a way to show the reflective part at the back of the lens, and then heavily gloss it. That might be a way to go forward in the future.

Yesterday the great Simple Green bath of tanks finally finished eating away 19 years worth of paint. The griffin that just finished soaking has a 1995 mark on it! I'm tempted to build more griffin's just because the model is so cool. After watching orange scented simple green eat through dozens of layers of paint and glue, my wife decided that every tupperware container used had to go. So it looks like I have finally procured storage for my hobby room!

Posted by John Stiening at 5:54 AM