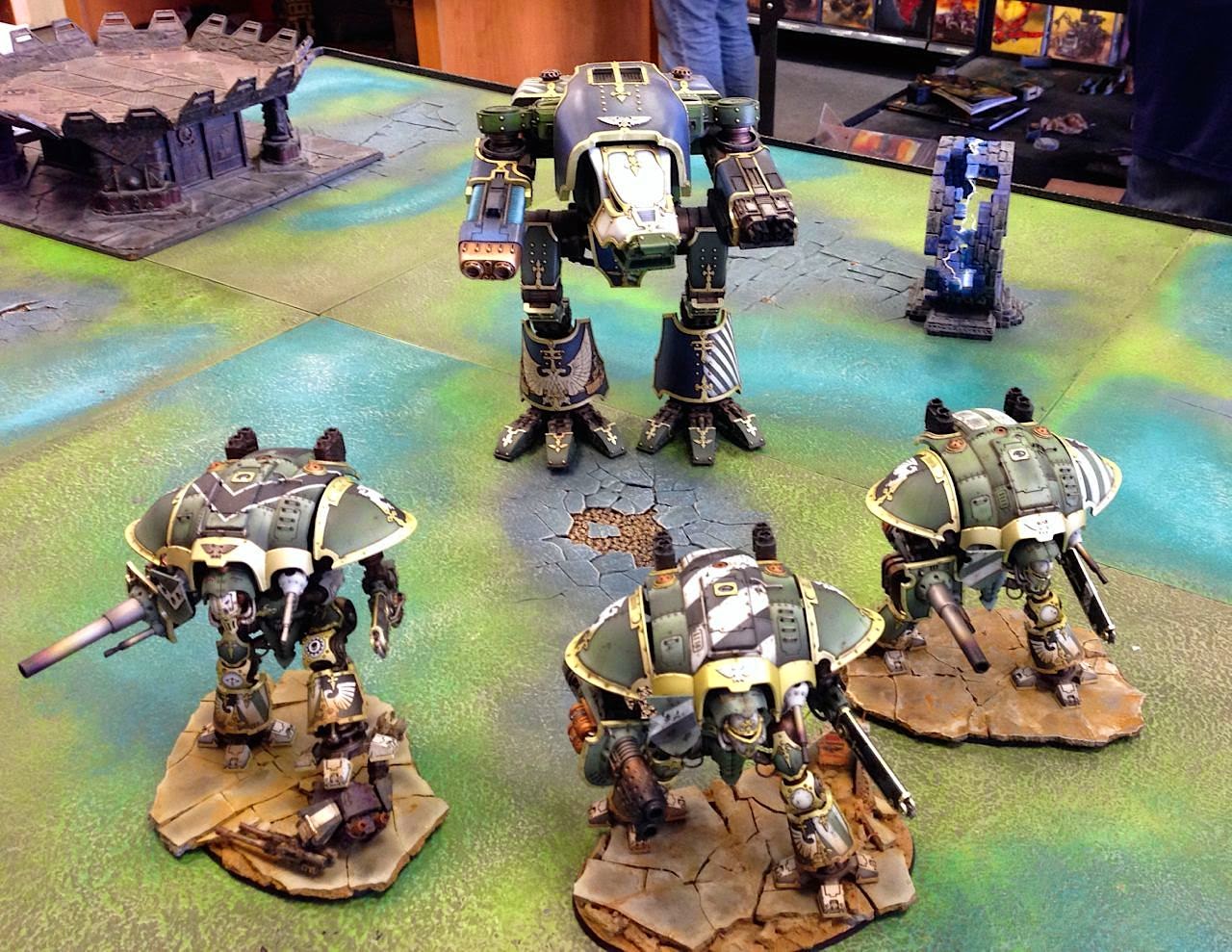 Three Imperial Knights and one Warhound Titan make up a viable 40k army these days. With no 40k armies to play against, we played a game instead with the knights versus the warhound. This was the first time the warhound or the knights walked. The warhound destroyed one knight, but ended up cornered and in close combat where things went very poorly for tit. Three turns in the warhound exploded. Given that Imperial Guard can field ~15 tanks in an 1850 pt list, i think this knight force would be severely out gunned.  It would still be a fun game to play though.