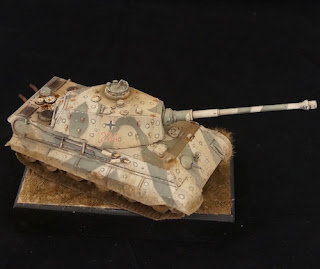 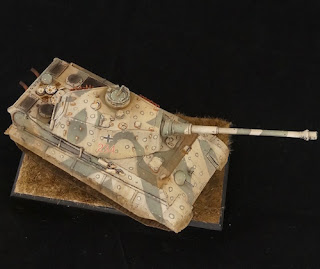 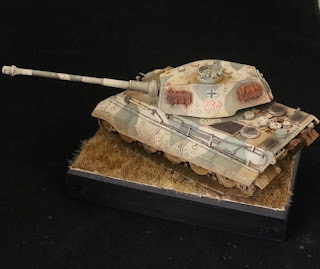 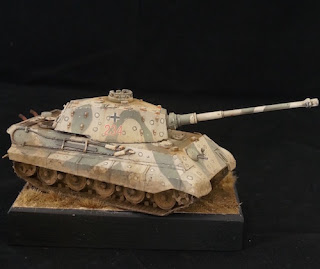 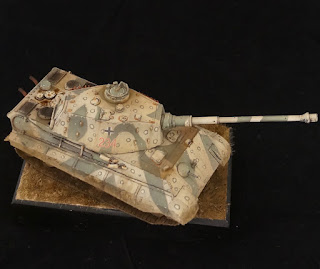 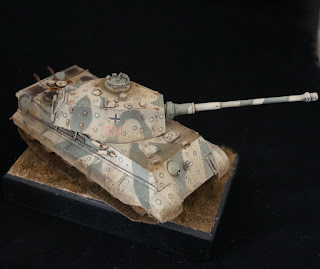 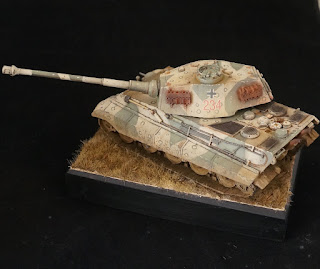 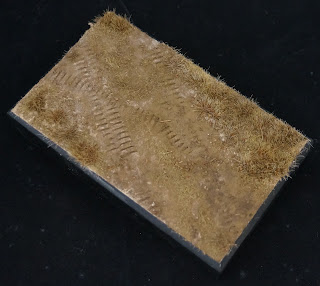 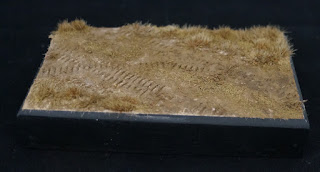 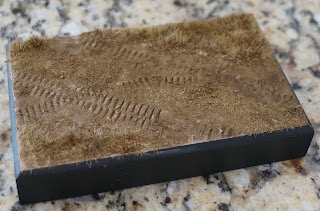 The Warlord Games Bolt Action Tiger II model has awful tracks. This is fine for wargaming, but not really acceptable for a dual use model for display or wargaming. To solve that problem I decided to build a little display base of the model.

The base was a simple wooden box that I picked up at an art craft store. After painting it black, I taped the edges and built the dirt out of a mixture of tan Magic Merlin plaster, dark earth weathering powder, static grass, ground up dry leaves, and a Tiger II track mold that I had made from a Rubicon Models plastic kit. While the plaster was wet, the static grass tufts and leaves were added. As the plaster dried and became moldable, I used the track mold, and the back of a paint brush to press in some details. After the plaster had fully set, I used an overall wash of a dark earth weathering powder. As usual, a little bit of Green Earth pigment was added. I love that stuff!

Despite the base having absolutely no gaming purpose, I think it adds a nice touch to a model that might spend more time on a shelf than in a game. After seeing how well the dirt turned out, I might just have to make an entire table using that technique.
Posted by John Stiening at 5:56 AM