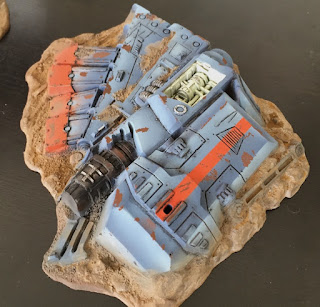 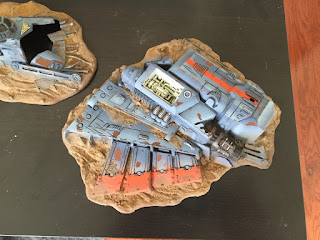 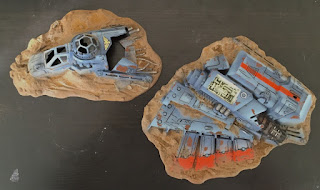 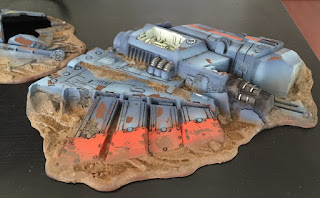 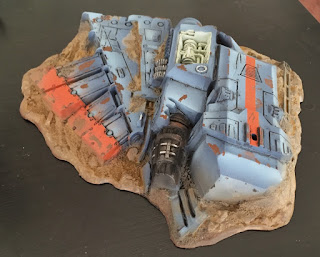 I wasn't playing 40k, when the box set this Aquila lander came in was released, but a few years ago I scrounged one up on eBay. I've always liked rare civilian stuff from GW. It rounds out the universe more than another tank with too many guns does.  After admiring early GW plastic terrain, I noticed the missing parts and put the model away in my drawer and there it sat for years. Fast forward to now, where I am painting a boneyard of ruined aircraft for Marc Raley's 30K event at the NOVA Open, and it was time to dust off the model (literally) and get some paint on it.

The weirdest thing happened while painting this thing. Now I want one. I think I'll start by trying to hunt down the missing parts. I never saw the original model, so I can't confirm, but that whole on the top is a telltale sign of a missing tail section. I would love to be able to put some cool Solar Auxilla art on what I imaging would be great open space. I think some cool 1940's styled nose art would be nice on the nose of this thing.

If anyone can point me to the missing parts on eBay, or happens to have some they don't want, please drop me a line.
Posted by John Stiening at 5:08 AM