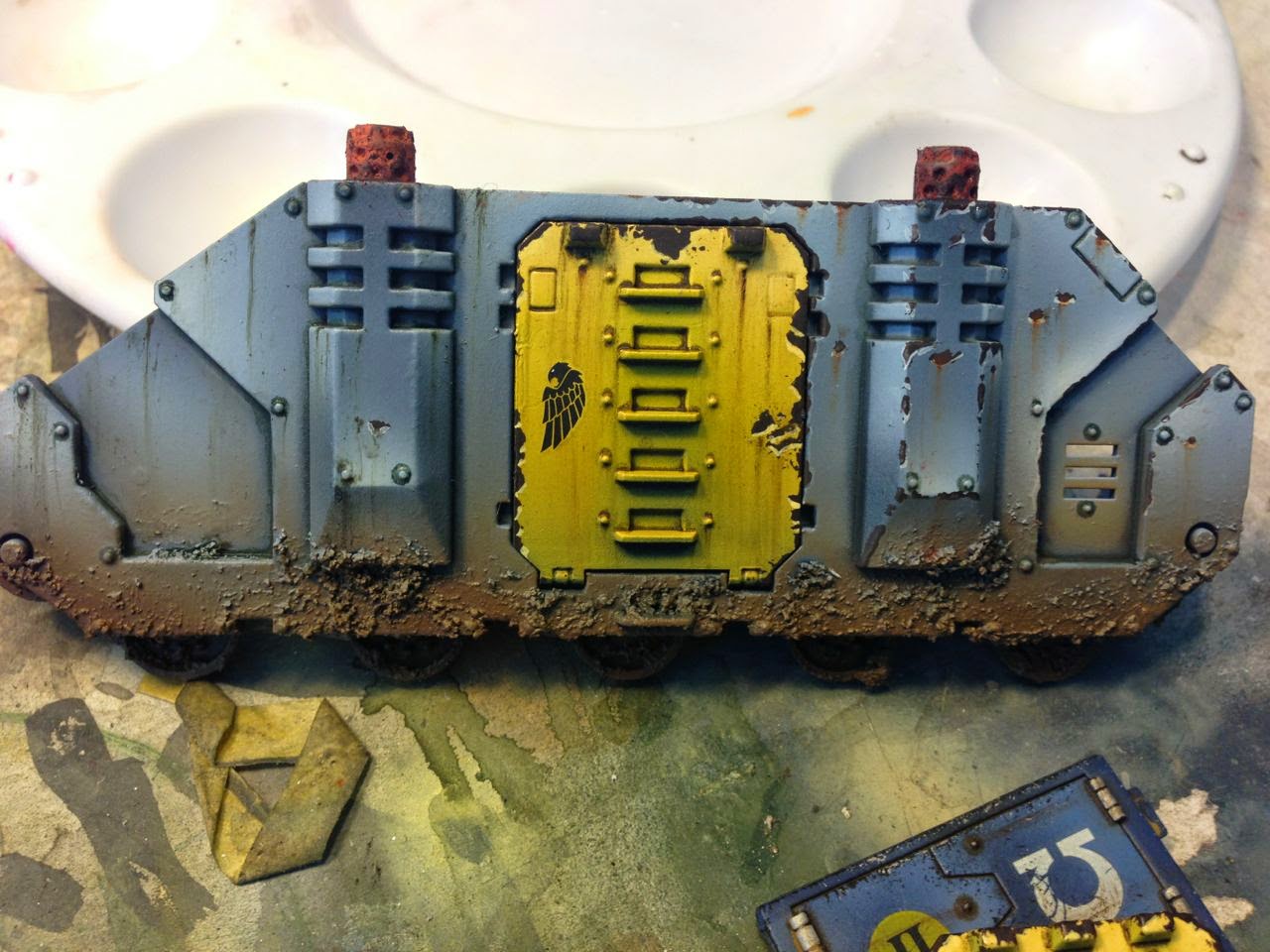 You know how I like test pieces. You may have seen this chunk of rhino before in either Sons of Horus or Emperor's Children guise. I did not bother to strip the paint this time, so mig european soil is still stuck to the lower parts of the hull. I am not a fan of that product, but that is for another day.

I used traditional Space Wolf colors here, though I think German panzer grey would make a SW army pop more. Since I didn't paint a door, I plugged in one of the doors I painted as a test for the Imperial Knight. I think this scheme would look good with muddy pigment stained snow.
Posted by John Stiening at 8:30 AM