On The Painting Table 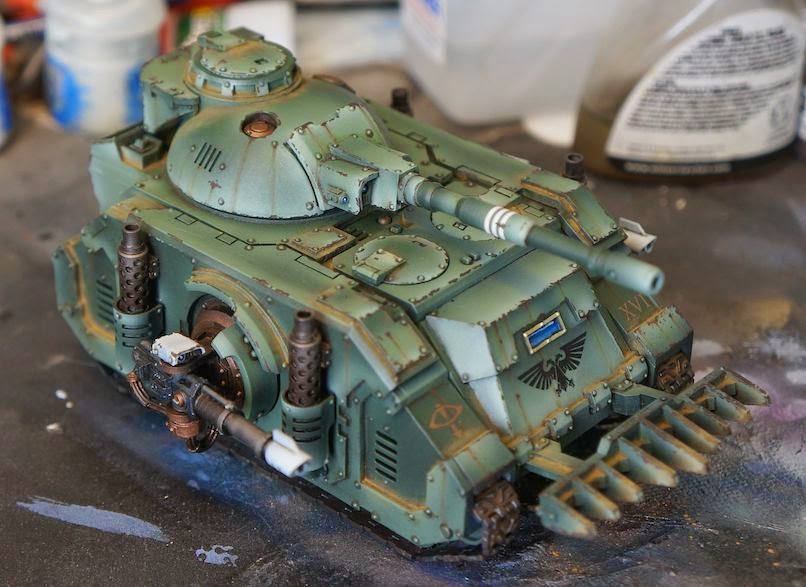 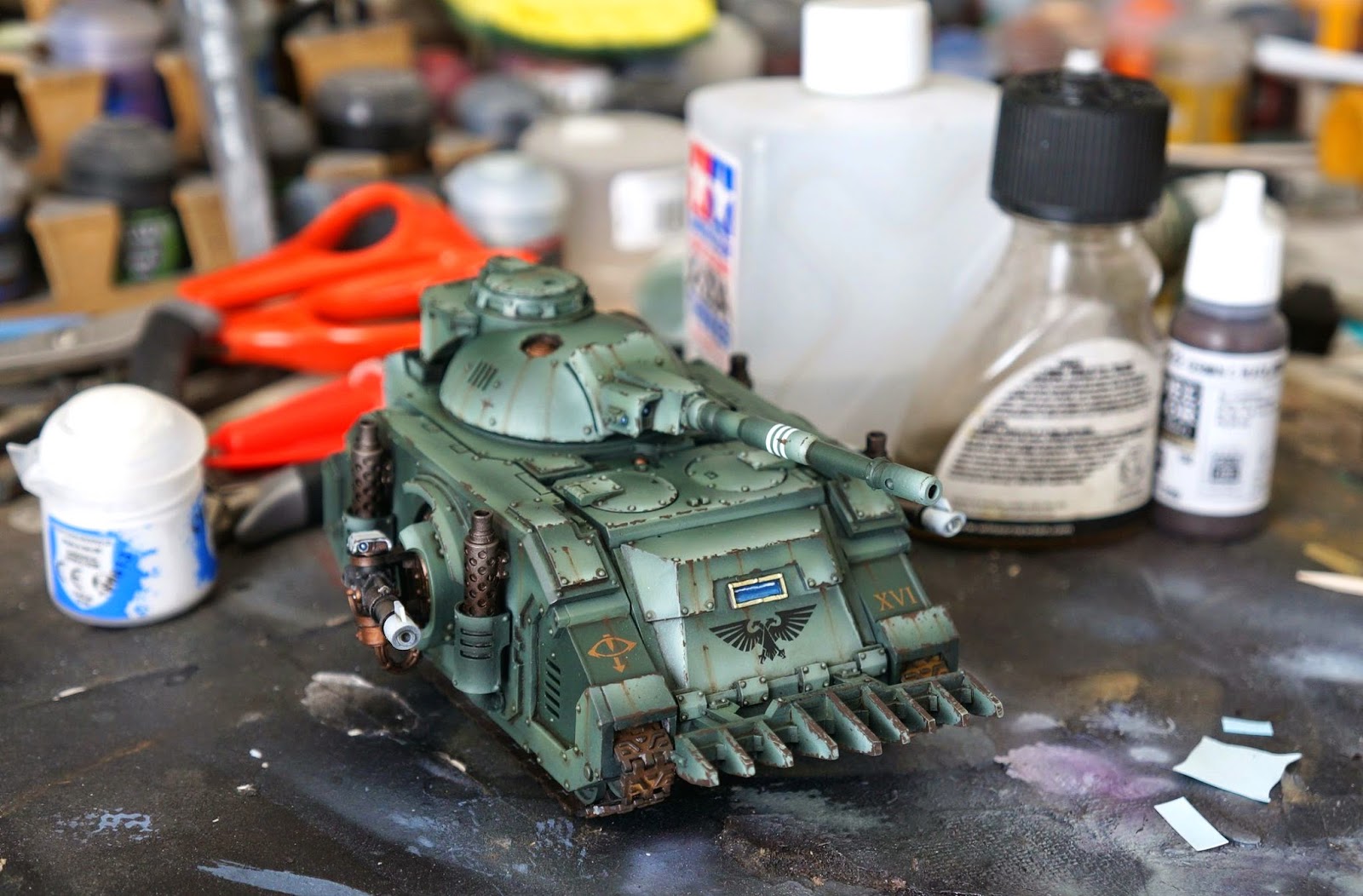 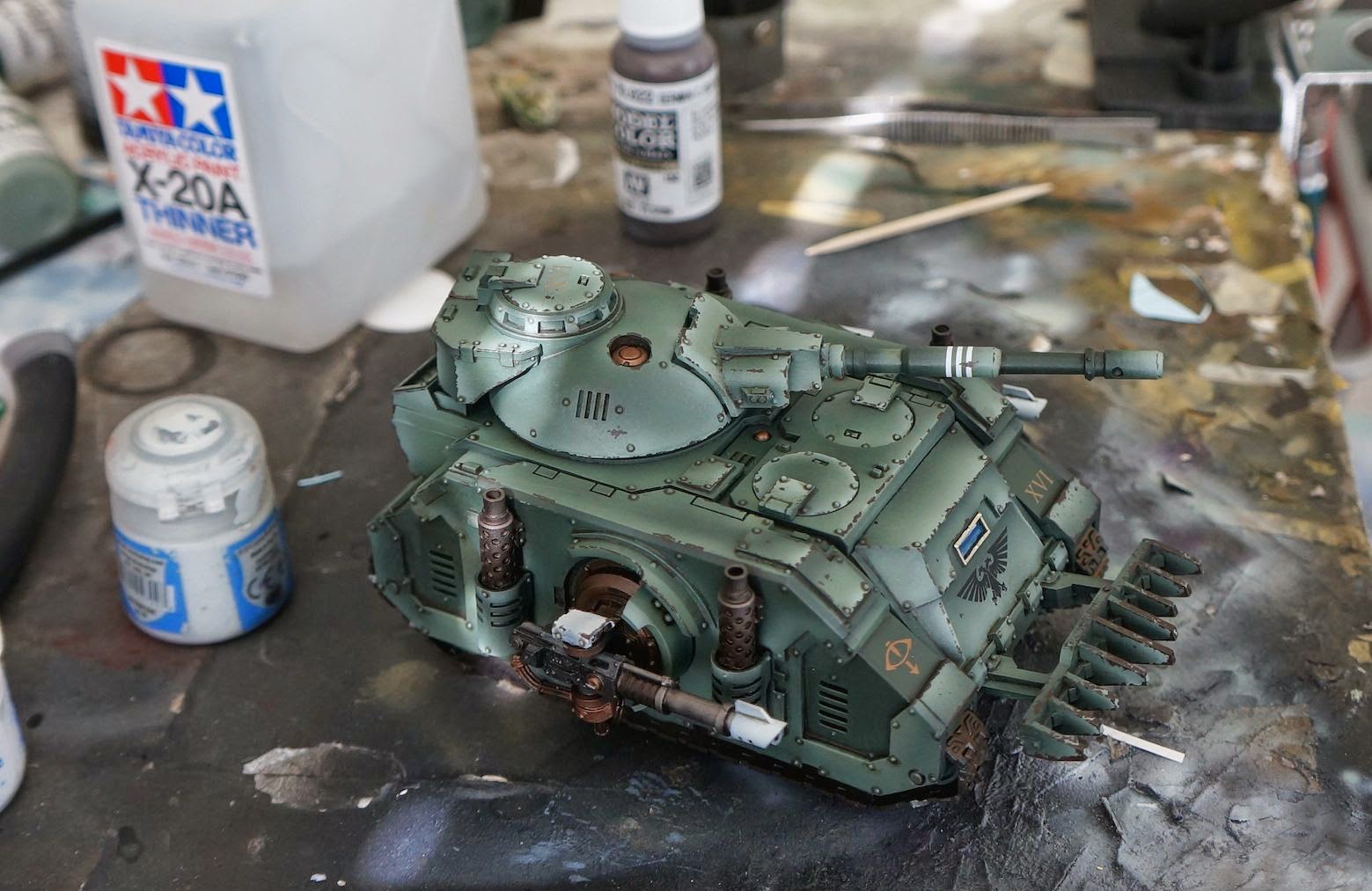 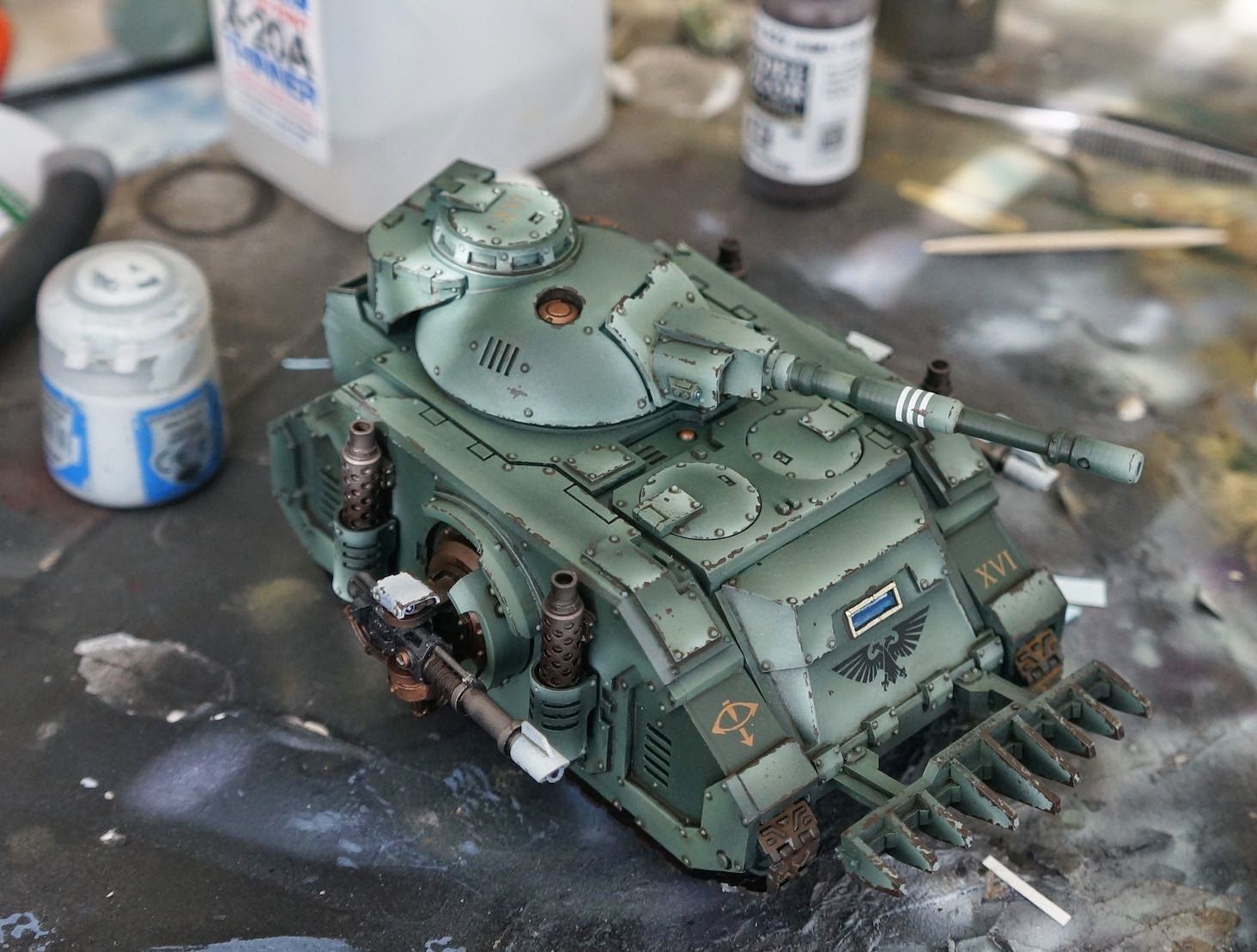 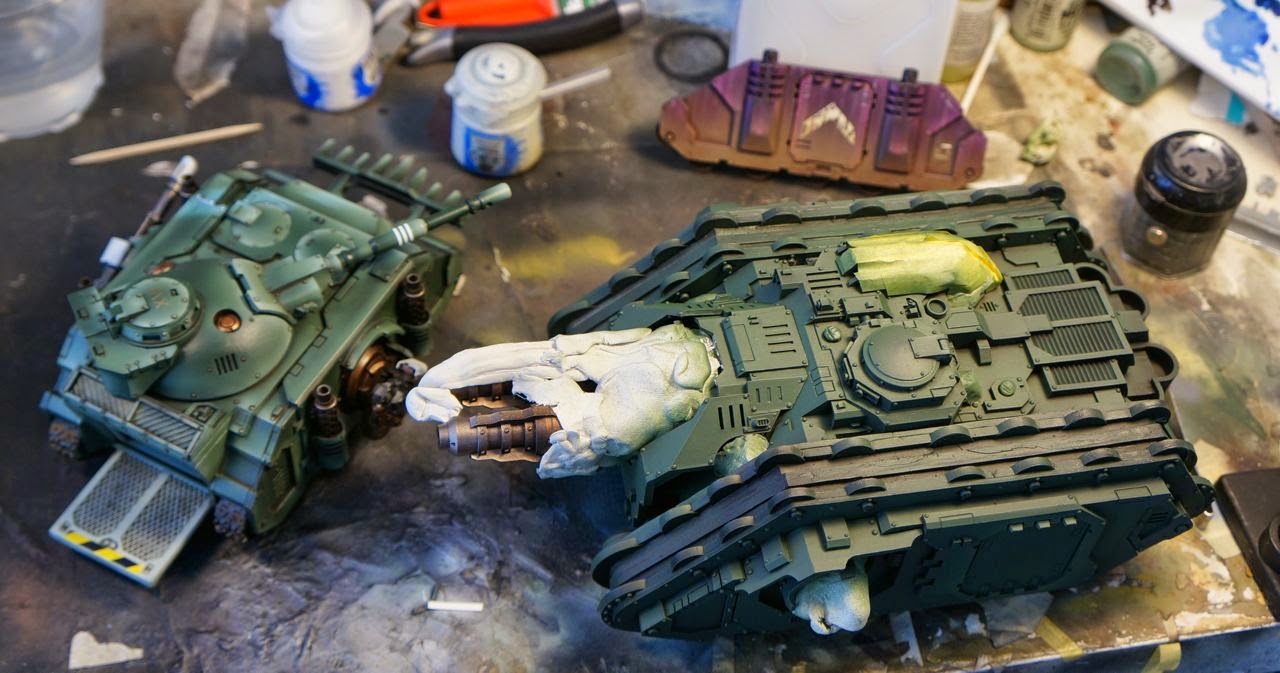 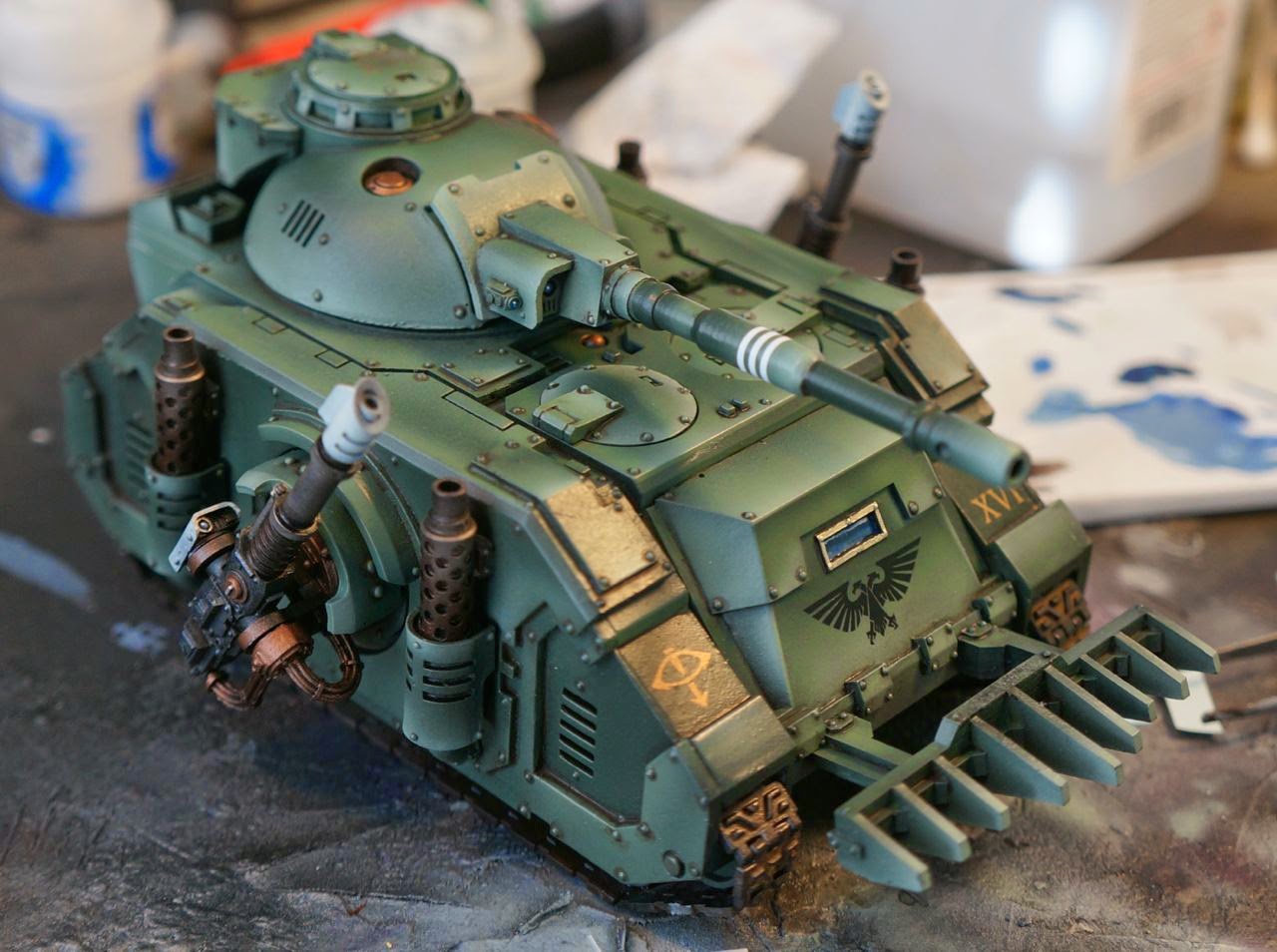 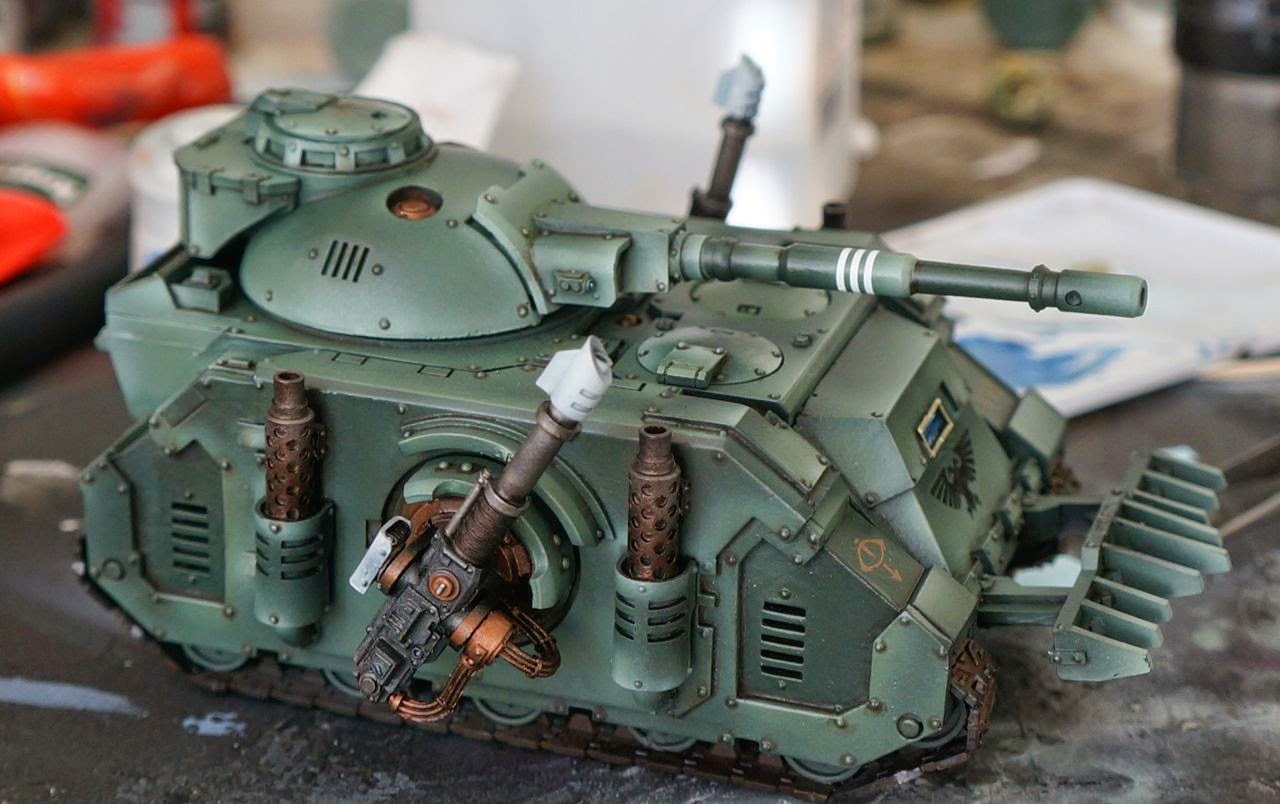 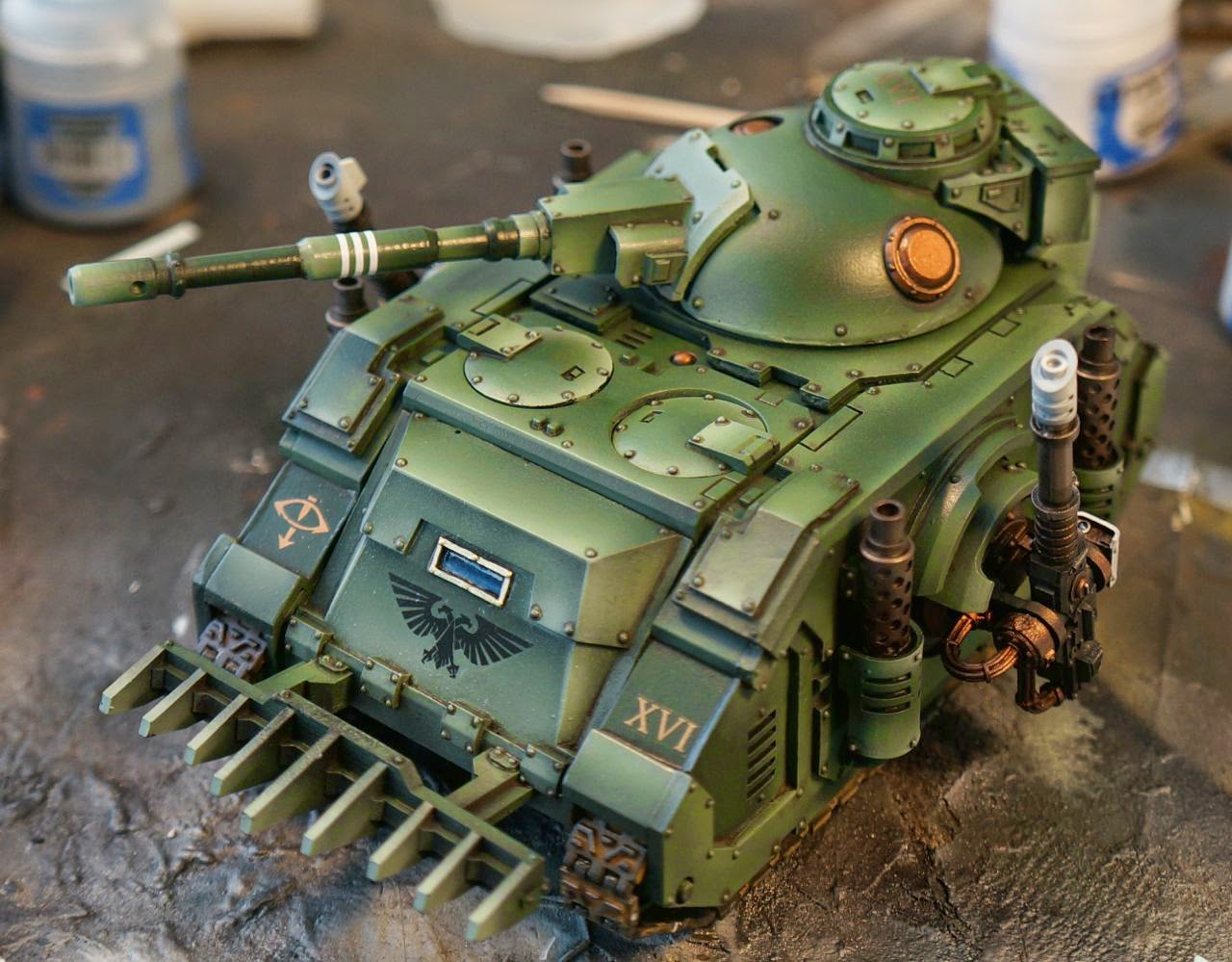 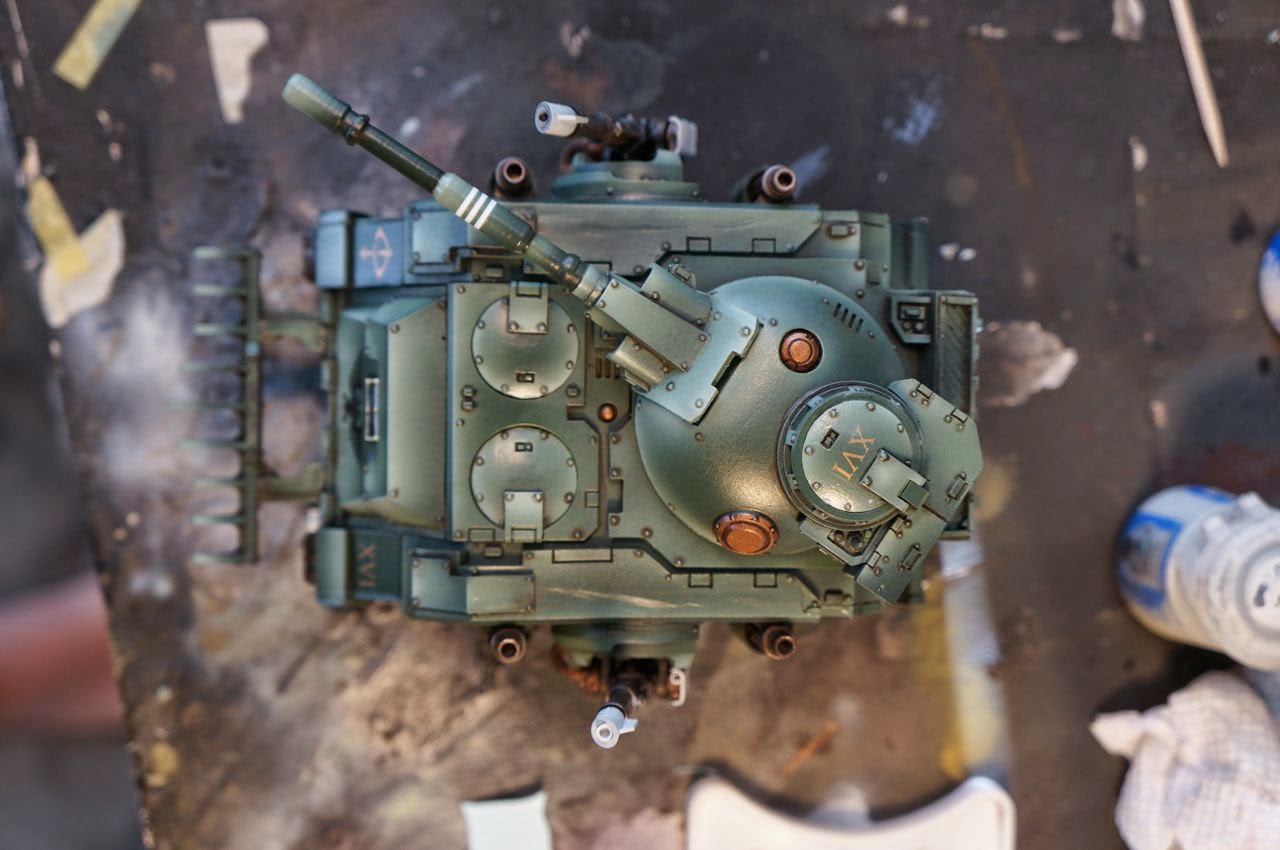 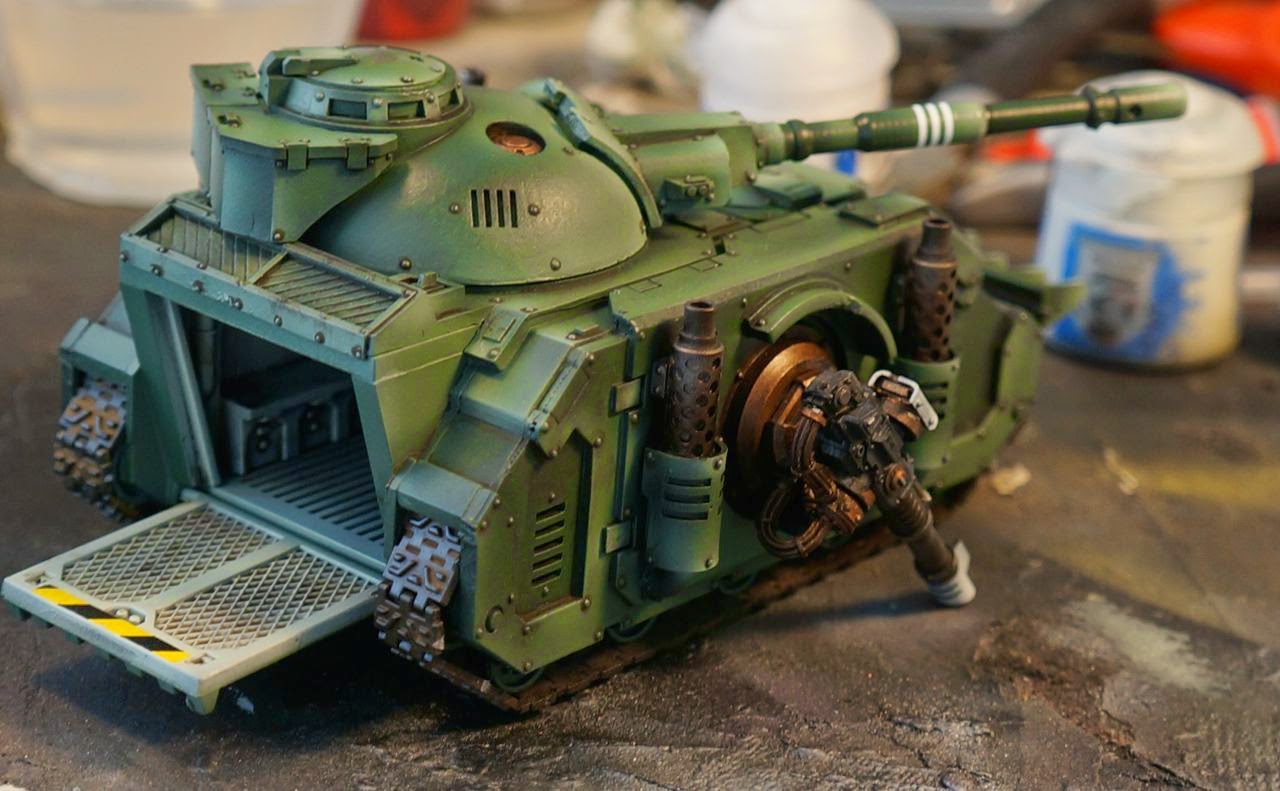 I had hoped to post up the photos I took at the Old Line Massacre, but unfortunately I lost my camera. In lieu of that, here are some shots of my painting table. I wanted a more 30k appropriate model for apoc, so a Cerberus is underway. Originally this was slated for my EC army, but after seeing Chris's amazing EC Cerberus with fallen battle standard, I had paint it up with a different vision. I need to introduce some black, and white to the design, but for now it is just base coated in jungle green from reaper.

The cerberus surprisingly challenging when it came time to get the doors fitted on. After chopping the doors down to the right size, they still required a dip in boiling water to make them flexible enough to place on the model. Unfortunately, only one of the doors will open to allow viewing of the interior.

One of the things I did last week was paint up a rhino test for my Emperor's Children army. Somehow I'd forgotten the purple recipe and have had to try to replicate it. What you see here is the latest incarnation of that test. The rain streaks are a bit blotchy, but the intent was to see if they would add or subtract from the model in general. I think they work to a degree. What does not work are the dark brown or the dark grey paint chips. I am not sure what color to use for paint chipping the model. The purple is so vibrant it just overpowers everything. The ECS might just get a liberal helping of rain marks and weathering powders. What colors should I use to paint chip purple? Light grey, or pink might work.

The predator has just reached the paint chipping and oil streaking phase which is why it i semi-gloss in the photos. After that it will receive dusting of graveyard earth colored paint, and then weathering powders. The tanks is a bit bland, but it will fit in with the force nicely. As usual the interior is painted, though it does look a bit weird to not have any mechanical bits beneath the turret.

One of the cool things about this predator is that it is almost the same color as the original first generation plastic predator that I built 20ish years ago. That predator has since been repainted in Ultramarines livery, but seeing this one take shape brings my painting full circle. Back then it wasn't pre-heresy or Sons of Horus, but it was a tank attached to my Imperial Guard army, which sallied forth with rhinos as well. How things change and how they stay the same!

Next week my office/painting area will be fully dismantled and stored while hardwood floors are added. I might even take the opportunity to sort through all of my supplies and organize them. Just maybe.

*EDIT #1
added photos of the first phase of paint chipping on the predator tank. The next phase is to add a highlight to tighten up the chip and add a 3D effect. Amazing what a difference a dull coat makes!

*EDIT #2
arbitrarily decided to add streaks before 3d effect. Just want to finish the model at this point.

*Edit #3
added some dust using Marc Raley's technique of just pushing the dust on and staining the model. I had been using pigment fixer, but so far this method is much better. Less work, and better results. I plan to use my airbrush to blow the loose powder out. The tracks did not do well post matte varnish, so they will get new dirt, and new metallic weathering powders shortly.
Posted by John Stiening at 4:52 AM