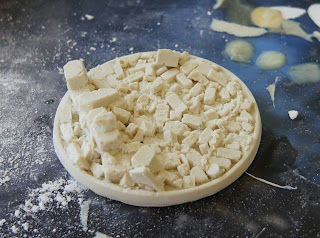 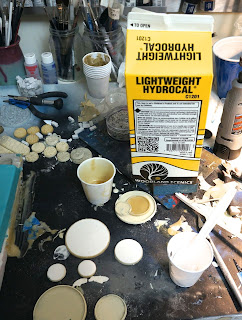 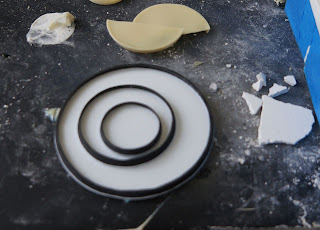 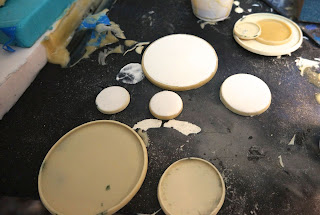 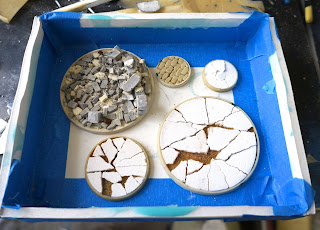 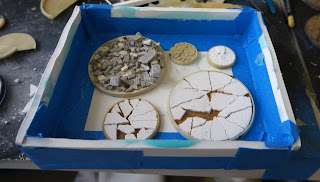 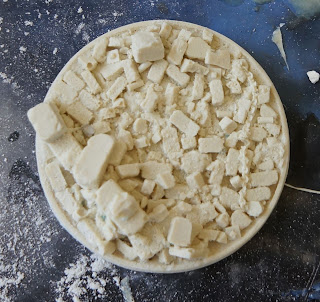 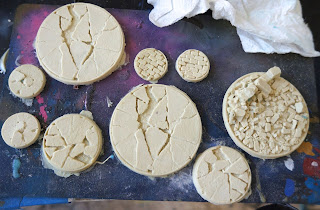 Rather than paint up some more Ultras, I decided to experiment with casting a new style base for them. I've thought for some time that a band around the base, that was clearly not part of the scene would look nice. Rather than way for some bases from Secret Weapon Miniatures, I decided to create some base blanks that I could use as the basis for my custom bases. This involved using a dremel to grind off of the tops of each base, and then adding a sheet of plastic on the bottom to serve as the recessed area. Once this was done I decided to play around with three different styles.

1. Use the existing brick roadway base design, but surround it with an outer lip, making it a little wider than current bases on the top. (those pesky devastator legs still hang over the lip, though less so now)

2. Use the brick material to build a ruined cityscape base style.

3. Fill the center of each base with hydrocal (a lightweight plaster) and then crack it to produce a cracked earth style.

Unfortunately the silicone mold I made did not set well so the details are a little gloopy, but you can still get an idea how these could look. If I commit to make each of these sets I will use my pressure pot. Since these were just samples I did not want to spend the extra time setting the equipment up.

What do you think? Do lips around bases look better than the usual design? Casting these will definitely require more work, but it might be worth it.