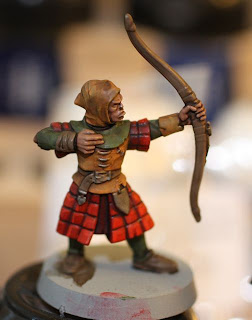 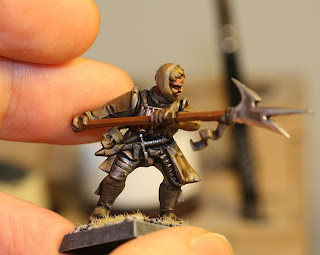 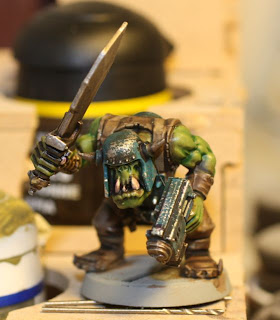 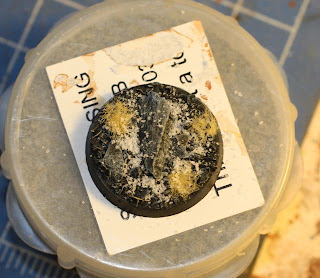 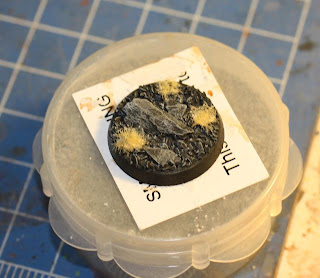 I spent a large portion of yesterday building a tau army. This means very little painting was done, but loads of drill work instead. After my 100th magnet I decided to try out some grey primer. Rather than waste a 40k mini, I picked up a bunch of random fantasy dudes from my bits box. Since orcs are basically fantasy I tossed one of them in as well. What did I learn?
Since I am determined to get some work in today I also tried to produce snow bases again. This is my third attempt at this. Like before I think I am close, but the bases do not feel right to me. I think the base looks better without the snow effects. I am looking for some dark bases to tie into my Tau army, which is leaning towards a turquoise, bone, dark grey color scheme. Sept markings will be bright orange. On the other scale of things, I feel like a white base coat, airbrush of blood red, some orange highlights and lots of battle damage might be better.
Posted by John Stiening at 2:11 PM