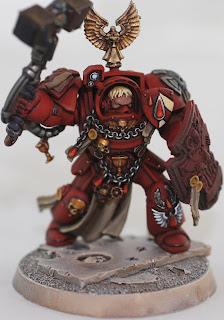 The pictures did not make it in order as I uploaded them, so bare with me! I have a load of details still to paint, but I love the way the terminators are turning out. I've had so much fun with them that I painted a bunch of units to accompany them, but more on that later. The unit consists of 3 space hulk terminators, three regular terminators, and a chaplain model that I have just started. The key element of this whole process has been the use of my air brush for armor shading. Basically, I prime the models black, and then layer on small amounts of paint, working from dark to light top down. Not everything has been easy though. I have found it difficult to paint the crux terminatus, and the storm shield. I don't have a clue why it seems so difficult to me, but those items are just not up to par with the rest of the painting. On the terminator above I have not even attempted the SS yet! 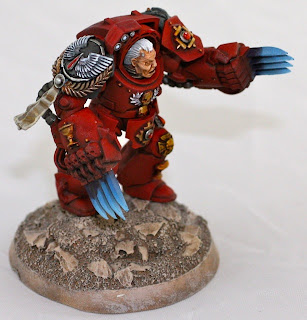 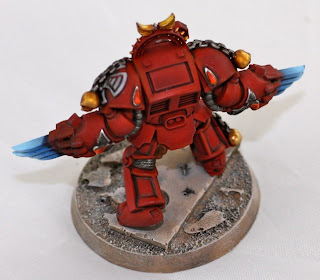 I used the air brush for more than just shading the armor. I am shading all power weapons using it, which is producing such a rich color on the models. It seems to help tie them into the librarian as well which is helpful. Lightning claws are really difficult to air brush though, so I am going to have to go back and look up softening some of the blends. The problem is that I am not sure how to do that, since the paint is so thin each time I touch it I damage it a little. 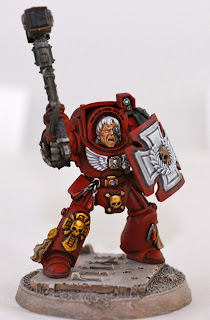 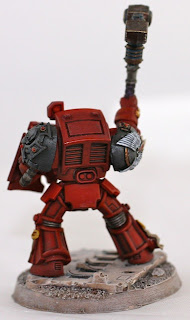 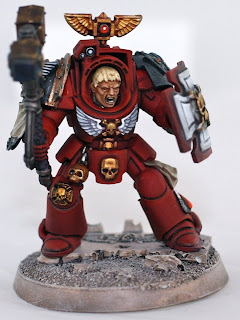 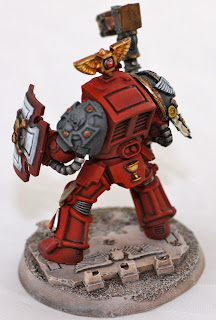 I added little details on the non space hulk terminators in order to BA-ify them a bit. It isn't much, but it does distinguish them a little bit from the regular models. 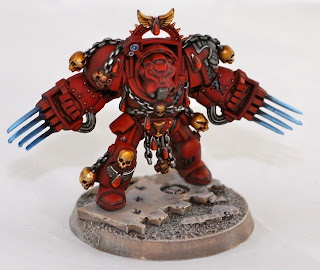 This photo is out of order, but the shading on the power claws can be seen pretty clearly, including the left claw that is slightly sup-par. Since I had one unit in the can and I wanted to paint a bunch of other units using the air brush I decided to batch paint all of my black models. I painted lemartes, a foot slogging chaplain, a terminator chaplain, Asteroth's wings, and 5 death company. Most of the minis are in the pre-wash but shaded state, but I think the airbrush is going to end up being the MVP here. 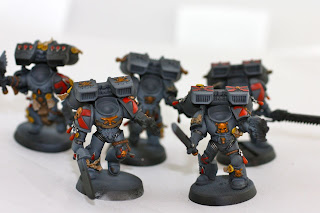 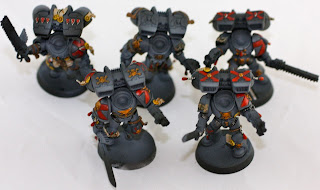 The final step for all of the black models is going to be a diluted black wash with a little flow aid mixed in. I tried this on a test model, and it toned down the grey shading quite nicely, while also shading the details. I am trying to paint all of the details that could benefit from a black wash first, and will then go back and finish those remaining.
I could not resist a shot of the mostly completed death star! 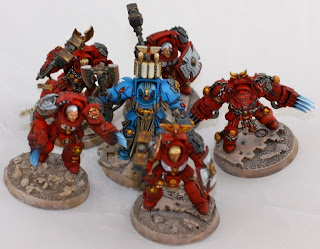 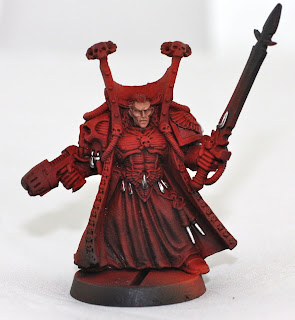 I am thrilled with the way the wings turned out. By angling the air brush so the paint stream hit the raised edges of the feathers. This provided instant shading. Throw in a slowly lightening up of the color and I had the wings shown below. 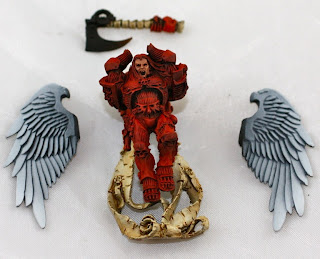 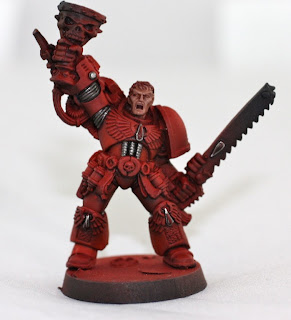 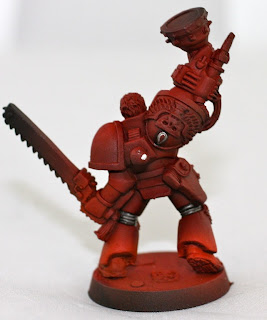 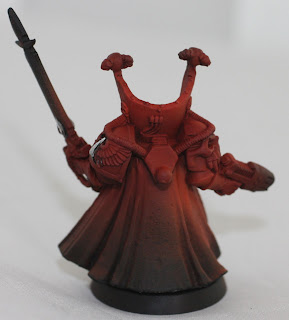 Posted by John Stiening at 5:14 PM