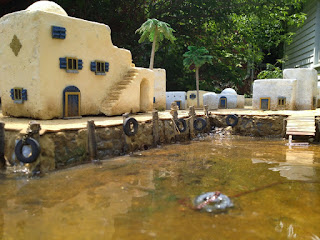 Fall-In approaches, and I can't wait to hop in a car and head up to Pennsylvania for some excellent GM lead gaming. One of those GMs is Steve Carey, who'll be running the Battle of Sollum game we put together for our gaming club. The game is excellent, with hidden units, and more realistic Bolt Action rules. I highly recommend you sign up for it. Personally, I recommend playing as the South Africans. Advancing into a town filled with hidden German DAK is stressful and exciting. 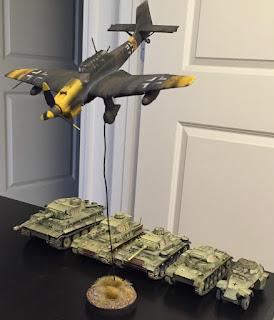 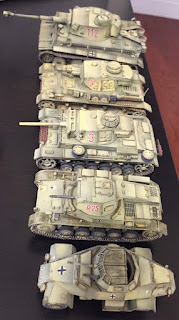 I plan to spent Friday playing in a 1k Bolt Action tournament, and since all of my German DAK infantry are needed for the Sollum convention game, I had to get a little creative. The good news is that I can finally use a Tiger tank in a game of BA. (I have also never used a Stuka dive bomber, but aircraft rules for BA are terrible, so really nobody should have used one!) The Tiger will be the command vehicle, with everything else just running around attempting to crush opposing squads under tank treads. Viable strategy? No. Fun? Yes. 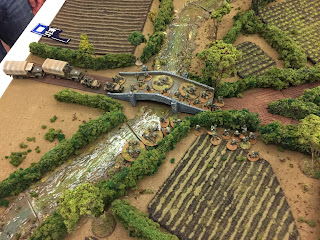 Also, just in case anyone wants to pick up some Bocage, I plan to bring a bunch of bocage to the Walley's basement swap meet. I have a hankering for all things Epic 40K, so bring some epic stuff if you want to trade. Otherwise the bocage will be purchasable for some unknown price. Honestly, I have no idea what 20 feet of bocage should go for. I may bring some of the houses I made as well if there is any interest.

Anyone else going to Fall-In?
Posted by John Stiening at 3:13 PM