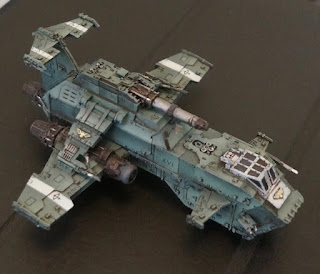 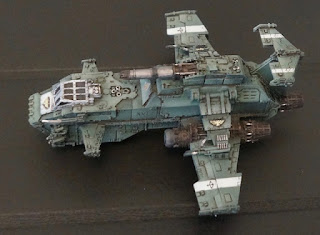 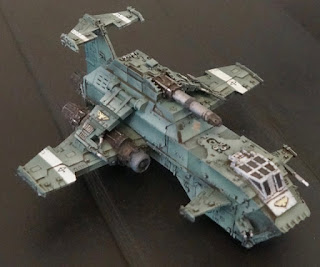 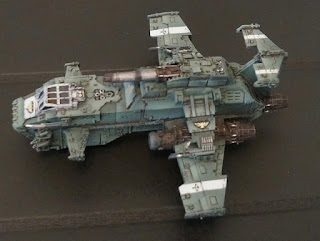 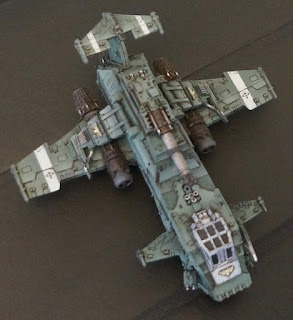 Epic 30k has really caught my imagination. It is played at a scale where Thunderhawks and super heavy tanks make sense. Naturally, I had to have a flight of Thunderhawks. Yep, you heard that right. I have a full 8 of these guys to paint. They are split evenly between transporters carrying rhinos, and the traditional gunship model pictured here. I plan to paint at least two different legions, possibly four, in order to play Istavaan III, so quite a few were needed. When they aren't being used for Epic, or Aeronautica Imperialis (think X-Wing but 40k), they will sit on the shelf fueling my imagination.
Posted by John Stiening at 7:01 AM