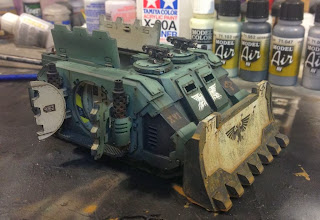 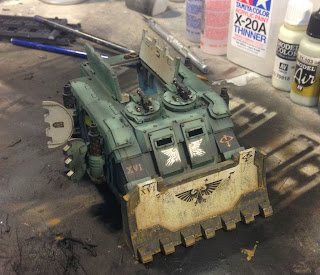 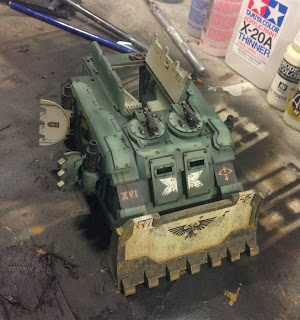 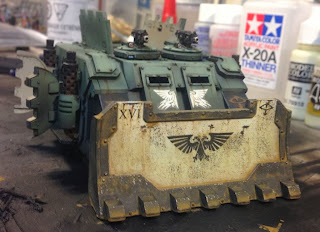 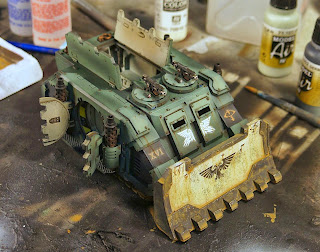 I am just about finished with the rhino attached to my rotor cannon squad. I tried something different with the tracks, which can't even be seen in the photos. I used black primer, AK interactive track wash, and then weathering powders. The dozer blade was a bit of a disappointment for me. I managed to get the color wrong but decided to proceed with it. After oil washes, paint chipping, and wash of powders, I think it looks ok. Not what I intended, but what I got.

The interior still needs some stacks of ammunition boxes. Those are next now that the thing has tracks. The silvering of the decals really bothers me, but that will be taken care of on the next tank. I think I have a process that works with the SoH transfers now. For whatever reason, those transfers are just more temperamental than others I've used.

Posted by John Stiening at 5:05 AM