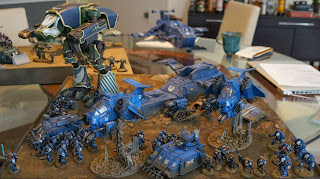 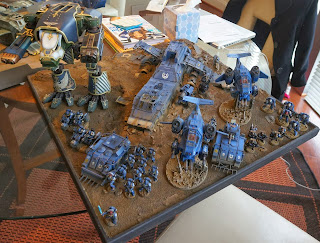 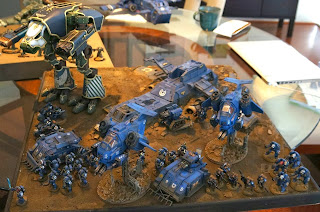 If you replace my captain with Tigurious, add Coteaz with some inexpensive troops,  I think this army could be competitive, and would look right for an imperial force.
Posted by John Stiening at 11:57 AM