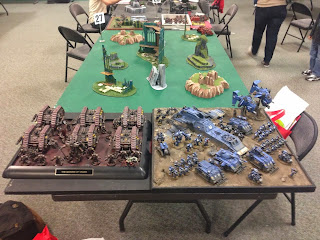 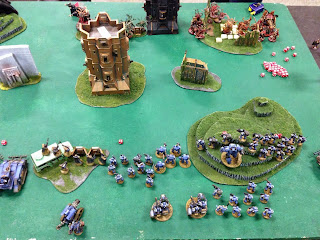 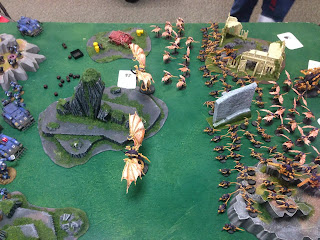 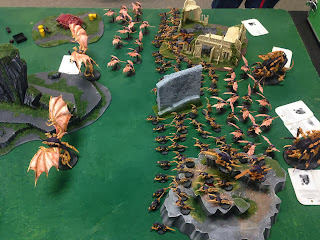 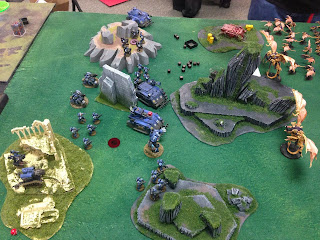 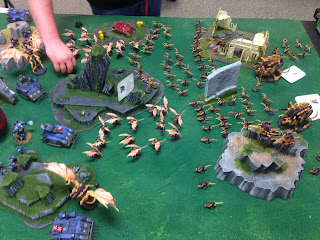 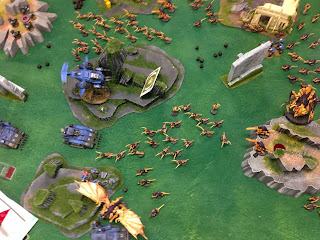 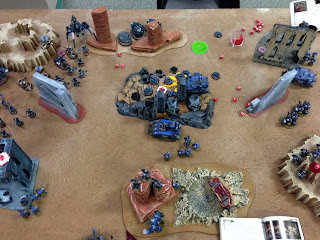 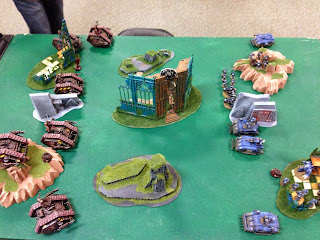 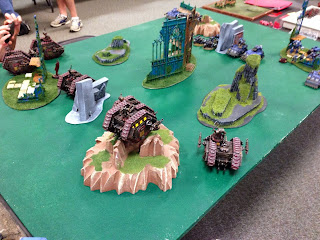 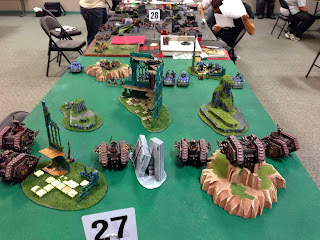 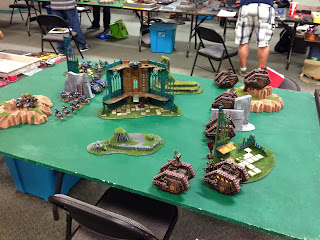 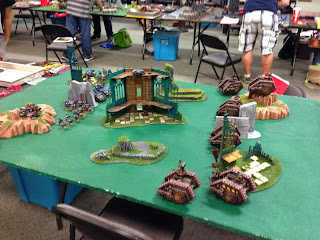 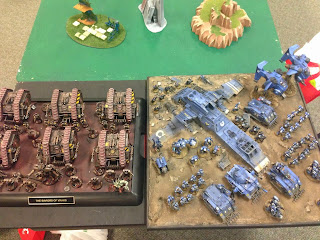 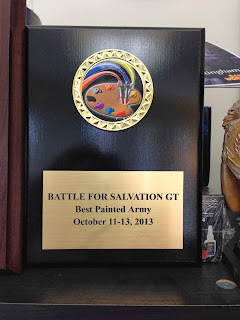 My wife and I drove up to New York for the Battle for Salvation tournament this year. Ed, Bobby and the entire BFS crew, put on a fantastic event. It was welcoming, approachable, and a tremendous amount of fun. It was a wonderful weekend.  I can't say enough good things about the tournament. Everyone was friendly, the terrain was great, and the event was really well run. I am so happy we made the trip.

While I threw down with some dice in possibly the largest mall I have ever been in,my wife and her girl friend explored New York one day, and went hiking the next.

My wife had a lot of fun as well and we've decided to make a yearly event out of it, though next year we'll stay an extra day so we can both go hiking around one of the nearby lakes.

In terms of games, well there were many, and once again Telion lead Ultramarine scouts to their doom.  Rather ironically I played a lot of NOVA players. I learned a great deal about my army while repeatedly being tabled. I think I may need a few tutorials to really get it down. My two wins awoke the desire to at least play competently, so more games are in order. One of the things that would be nice is having time to watch better players play. I would have really liked to be able to wander around during the last round to see how the top bracket players were playing. That might not be practical from a tournament perspective, but it would be really interesting. It would also allow each of the top tables to have a tournament judge, and make the game more of a spectator sport.

So now that my ultras have two painting awards, I feel like I have to switch armies. I really want to keep painting them, and upgrade the quality of the work on the storm ravens and the tanks, but I also don't want to keep brining the same display/force to events.  I feel like every event needs a new army, even though I want to keep pushing the ultras. Grrrr....choices.. What do other people do? Do you keep refining or do you create a new tournament force every time?

Another great BFS side effect is that I've learned that I like creating display boards. This is both really cool, and impractical at the same time. Boards are hard to store.
Posted by John Stiening at 8:54 AM