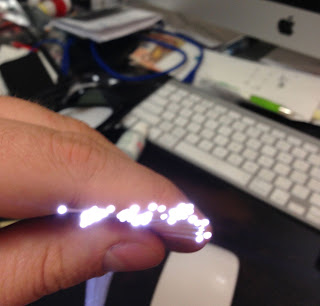 I had planned to take some shots of two more alternate emperor's children test marines, but a package from micromark arrived and stole my attention away. I bought these fiber optics on a lark, and now I don't know what to do with them. My original idea included using these as runway lights for next year's armies on parade, but there are so many uses. Perhaps they could end up in a land raider, or inside some tau aircraft. My top choice is to use them on the display base as part of a runway/landing pad.

What would you use these lights for?
Posted by John Stiening at 7:39 PM