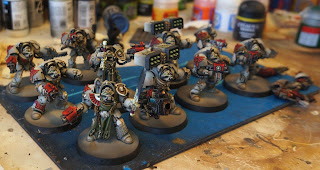 Posted by John Stiening at 1:21 PM

Labels: Redemption of the Fallen