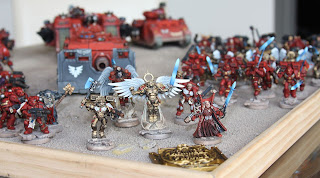 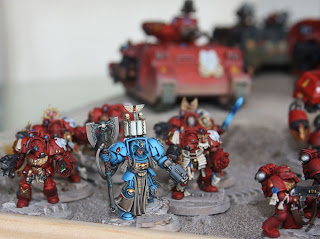 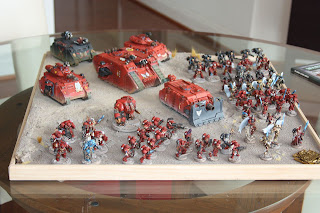 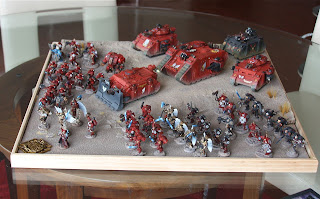 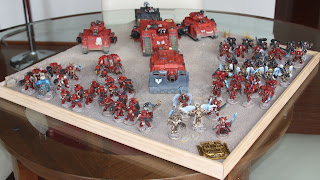 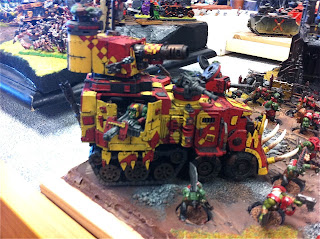 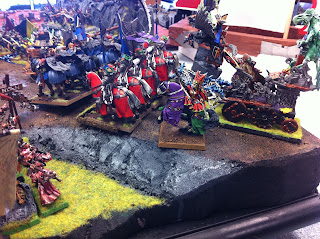 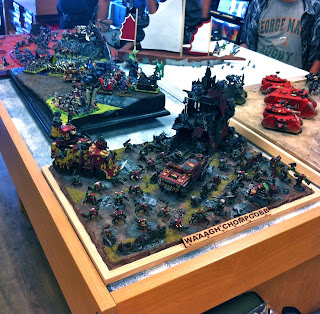 I won the Armies on Parade competition for the Springfield GW store! For quite a while I wasn't even sure I was going to be able to work the contest in between all of my business travel. Now I get to represent the Springfield store in Chicago. I have no illusions of grandeur for the overall Games Day competition, but it will be fun having my work on display.
There were six AoP contestants at the GW store. There was a nicely painted Ork Army with a great battle wagon, A vibrantly painted Empire army with a chalice wielding Lady riding side saddle, an Imperial Guard Army, a very small but well painted Ogre pirate army, and a space wolf army sporting the best freehand I have seen in a long time. The space wolf army had intricate freehand on every surface. He is one painter to watch. For a first army it was outstanding. It was really just a matter of not knowing all of the techniques.
In terms of preparation for Chicago GD, I have a bevy of good critiques to address. I am going to finish putting on transfers on the troops, as well as spray dull coat on all of the existing ones.
I may dremel out the blood chalice on Corbulo, but lacking dremel skills, I am a little wary of that idea. It would look look much nicer as an actual chalice rather than a weird solid mace like thing. As expected I have a lot of wear and tear to deal with. I've got a lot of little paint chips to deal with from transport. Unexpectedly, one finecast miniature's power sword deformed deformed in the heat while I was getting dinner.
Overall my wife and I are really looking forward to going to Chicago. We were married in Oak Park, which is right outside Chicago, and are really looking forward to going back.