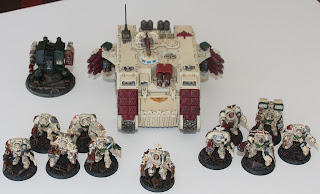 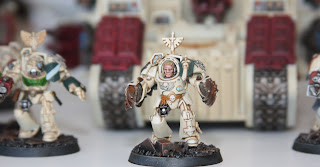 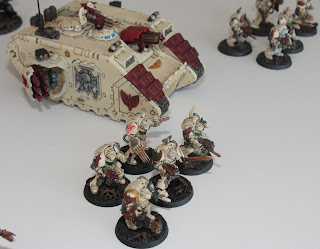 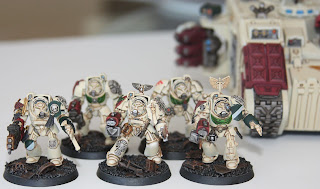 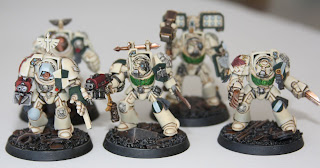 My deathwing fought their first battle this past weekend at the local GW, so I thought I should commemorate the event with a class photo! It was only a 1030 point game, but I had a really great time, and can't thank my opponent Bill enough. As some know, the east coast of the US was blanketed by snow this past weekend. I faced a drop pod army captained by Lysander so I did not get to do much deep striking.
I've said ti before, but after that game I can't wait until I have raven wing painted up to join these guys in battle. I think the added maneuverability is going to be a lot of fun, freeing up my terminators to gather kill points.
In terms of painting I have added a lot of little details to the land raider, which are probably visible in the photos. I tried to capture the color and the shading of these guys by using a white poster board to reflect natural light.
This might me my last post this year, so happy holidays to everyone!
Posted by John Stiening at 2:45 PM