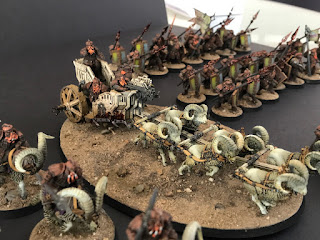 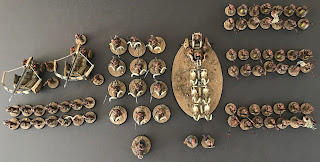 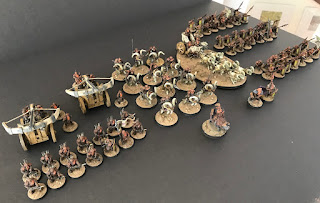 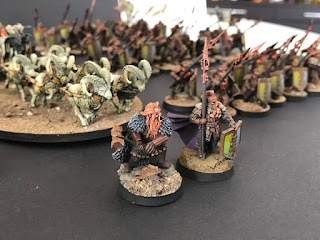 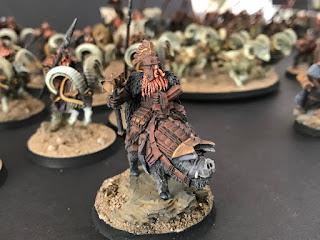 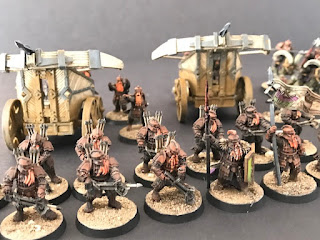 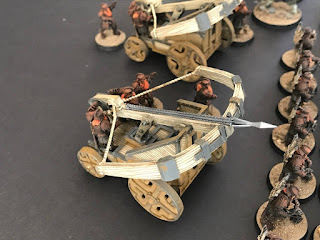 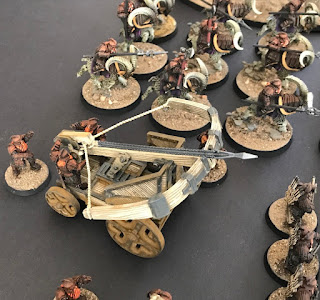 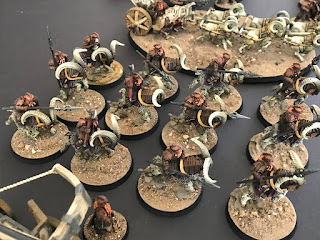 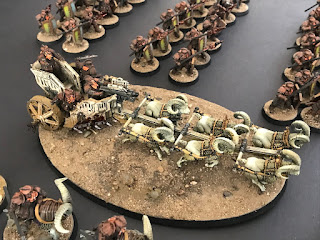 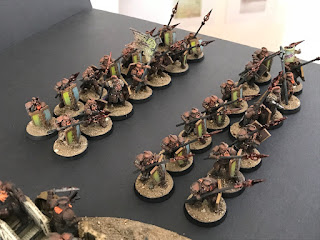 I had thought that LoTR was a small model count game, but I guess not! This forces was painted for a friend of mine that I met just before the NOVA Open this year. We hit it off, and after describing that he would like a force painted to look like beaten leather armor instead of metal armor, I decided it was worth the challenge. So two months later, and the force is ready to be packed off and sent to him in the UK. One of my worries is that the weathering powder will be vibrated off of the models, and that the somewhat fragile AK-Interactive dull coat might come off.

Would I paint another commission? Maybe.
Posted by John Stiening at 10:10 AM

Labels: Lord of the Rings