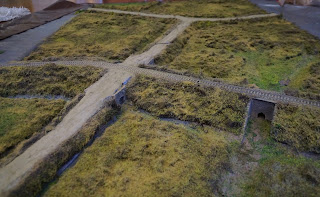 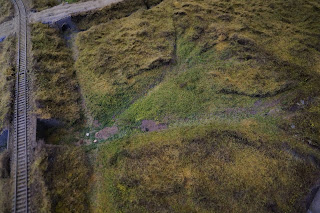 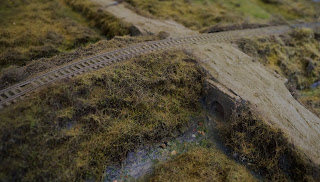 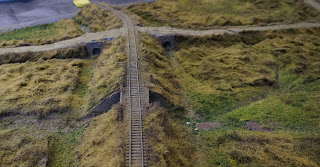 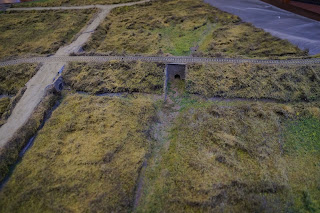 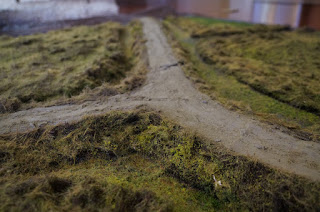 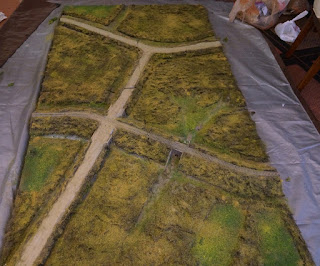 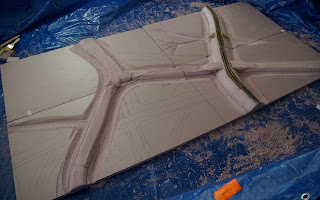 With a Normany table capable of pulling double duty as an eastern front table minus bocage, I decided the next board needed was a raised highway board. Operation Market Garden, the ill conceived Montgomery debacle, had a large ground force driving deep into holland, while paratroopers attempted to hold key bridges. It failed. It failed badly. It does offer some interesting terrain for battles. To capture the feeling, I decided to construct an area to represent some place south of Arnhem. The railway tracks are the highest point on the board, followed by roads, then fields, then the deep ditches. Muddy water will be added to the ditches along the railway as well as in a few points along the fields. Reeds and tally plants are to follow along standing water, and in the marsh areas. (I even built a tool just for this purpose!) This kind of table benefits from having the terrain built into it. The contours of the board itself provide all of the cover the infantry will get. Tanks will have to stay away from marshes, and wheeled vehicles will have to stay on the roads. Once I add a string of telegraph poles and some scattered trees along the road, this table will be ready for battle.
Posted by John Stiening at 11:49 AM