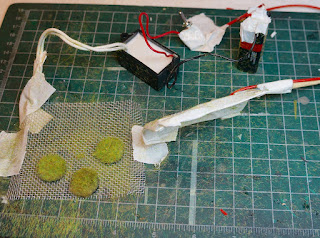 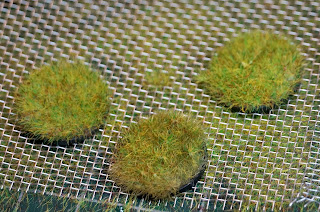 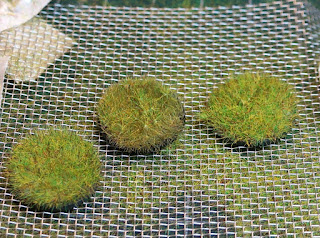 My last static grass applicator was made out of an electronic fly swatter. This time around I decided to build it completely from scratch. It should be perfectly clear from my setup, that I am not an electrical engineer, electrician, or any sort of authority on the safety of building such a thing. I just wanted one. So I went online and purchased a negative ion generator(JP-D1221 ~ $10). The one I bought came with two white wires with brushes at the ends. The wiring was pretty simple.

That is it. I had already tried to add a second layer of glue on top of the still drying static grass placed during my first go around. This mucked up the bases a bit, but the concept works in principle.  I think it is time for me to go out and buy some different lengths of static grass.

Posted by John Stiening at 3:58 PM