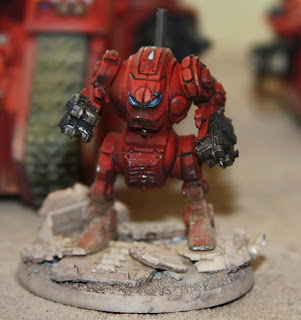 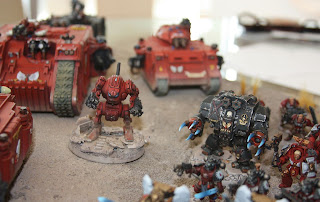 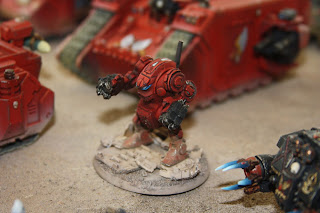 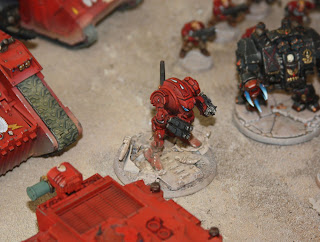 Since I don't know what army to start next, I decided to strip and repaint my original rogue trader era Chuck dreadnought as a BA furioso. I've been thinking of doing this since the new FW model came out. (yes I ordered one.......couldn't resist)
As anyone who has painted miniatures this old knows, the details are a little mushy, and the quality is poor. However as a nostalgia piece it was kind of fun. One thing I had forgotten though, the really old stuff is lead.
I did not want to use the original small square base, so I had to figure out what to do with all of the empty space on a normal dread base. I decided to really pile on the debris, which hopefully distracts from the lack of detail on the model.
Now the question that begs to be answered, does this guy merit a place on my Armies on Parade board for Games day next week? He looks a little weird visually, but it is an interesting model.
If you have any other suggestions for my next army, Ultras or Wolves, let me know. I already have two votes for wolves.
Posted by John Stiening at 9:56 AM