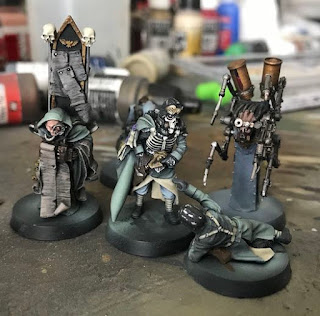 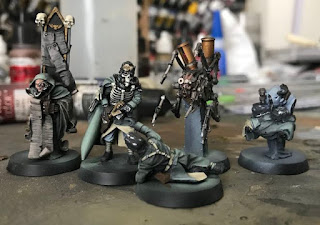 The first step was laying down all of the base colors. I've added some shading, but realized that I missed a lot of little details. These guys are really small. Even smaller than in the photos, so they are eye strain inducing! That said, I love the little diorama that these guys produce. The guardsman pleading before the quartermaster to avoid summary execution. I have no idea what this squad does in game. Anyone know what they do in this edition?
Posted by John Stiening at 1:21 PM