Arnhem The Game at Last 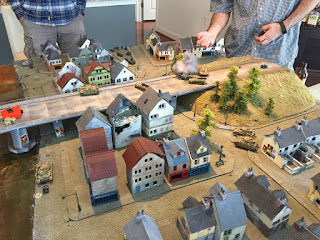 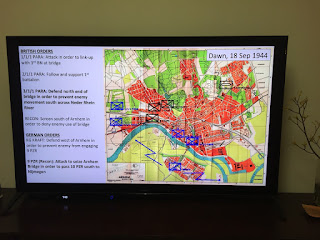 The first phase of the game was played over email and run by Steve(who is working on the official AAR). The British and German forces had to determine how they would defend, or attack Arnhem. As players, we did not know the outcome of the email portion of the game until the powerpoint presentation at the beginning of the tabletop game. The German players provided a historically accurate defense, while the British commander deviated from history and managed to get two battalions to Arnhem. However Frost's battalion got held up west of the city and did not make it in time for the fight. I guess there will be no Frost bridge! In a twist, the British team, which had successfully attacked Arnhem, became the Germans for the tabletop fight. As Germans, we decided to place machine guns on the causeway, and use infantry to clear houses in order to protect our tanks as we advanced on the western edge of the board through the housing subdivision. No forces were deployed on the easter side of the board. This concentration of forces should have aided us as we cleared buildings and advanced towards the bridge. 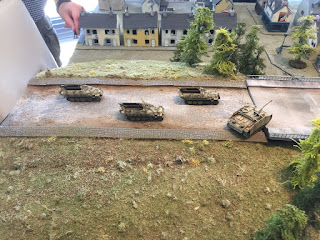 German 9th panzer recon advance half tracks on the causeway to provide king of the hill machine gun fire. 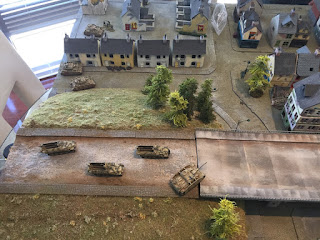 Infantry and tanks advance on both sides of the western edge row houses. Rather spectacularly, two of Richard's squads are decimated clearing the first two row houses. Sixteen Germans die on the first turn. 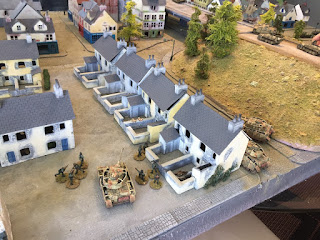 I advance my forces along with Mike and Drew's HQ along what appears to be a safer route. 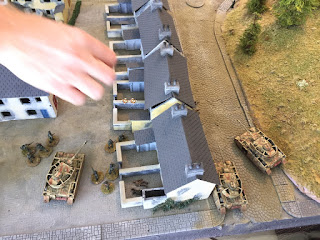 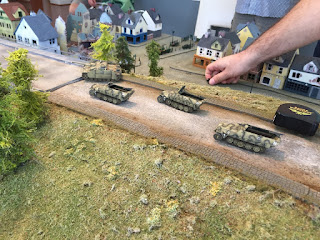 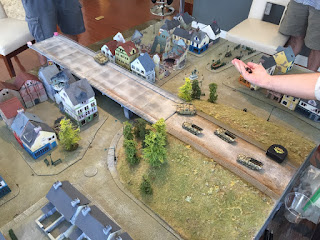 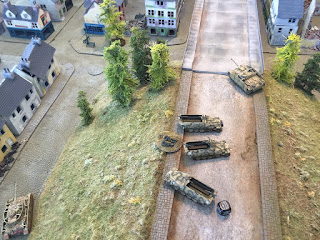 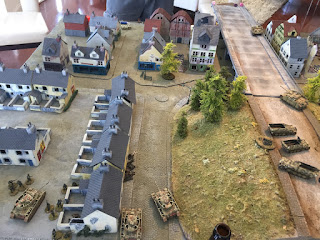 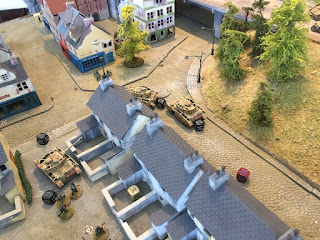 The tanks push forward to the intersection as houses are finally cleared at great cost to the Germans. Many red devils die in the process. 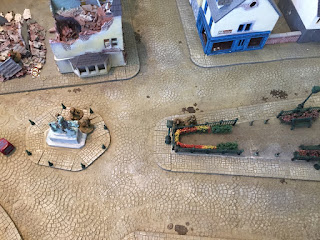 Red Devil's attempt to redeploy from the empty right flank, but are caught by MG fire from the German halftracks on the causeway. 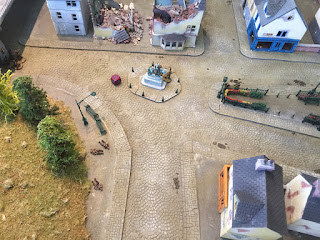 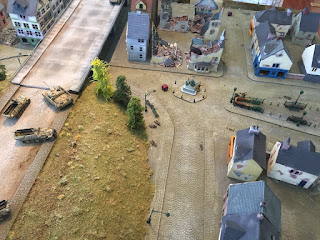 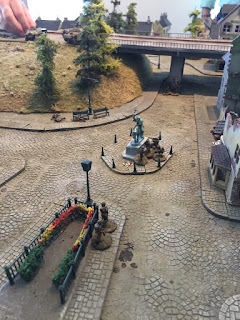 Owen's Red Devils hid behind the causeway pillars and statue. 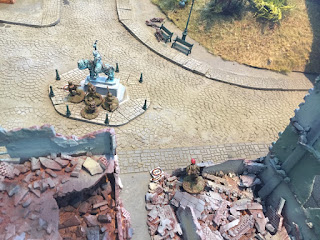 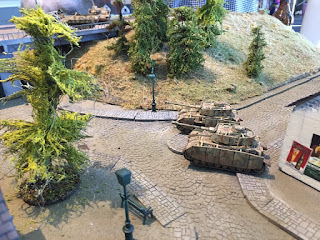 Panzer IV tanks being firing their machine guns on the western most buildings adjacent to the bridge. 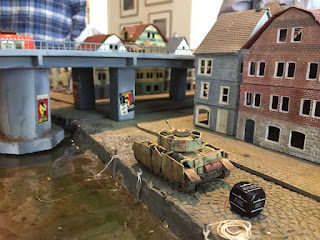 The panzer supporting my squad makes it to the boardwalk and begins firing at the western buildings as well. 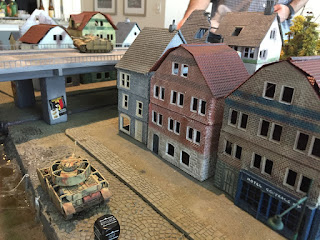 Posted by John Stiening at 1:34 PM