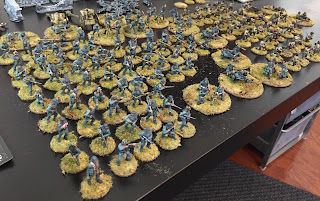 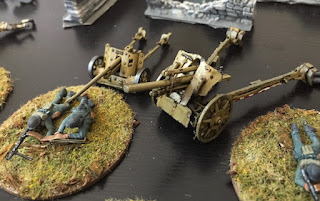 Did I finish painting them all. No. But I think I made enough of a start that these can be used in a normal game of Bolt Action.  For the full Normandy game, I'll have to churn through more than 50 additional models. At least all of the bases were done ahead of time!
Posted by John Stiening at 8:47 AM