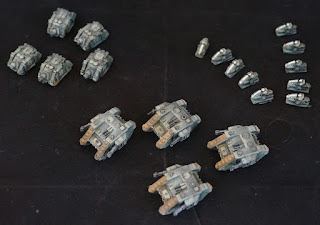 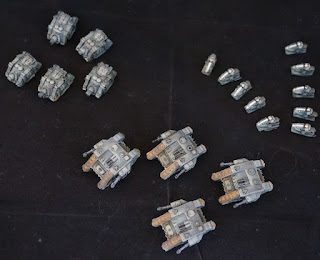 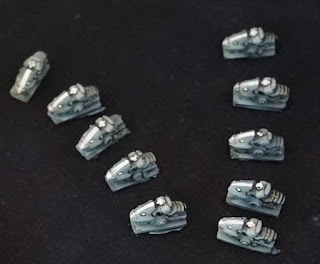 I am falling in love with Epic 40k. The game died years ago, but somehow a whole community has grown up supporting it. After reading one of the two free rulesets, I was struck by how similar Epic 40k is to Bolt Action. The basic idea of suppressing instead of killing works very similarly in both systems. In Bolt Action it is part of the pin marker mechanic. In Epic 40K it is the blast marker mechanic.

So with rules I like, the question was whether I could paint up some old epic models and make them look cool enough to enjoy a game. The models here are bad casts, so I did not feel particularly bad about laying down a quick test paint scheme. I like it. These guys are 6mm analogs to my 28mm Sons force. This is exciting as I have some FW resin Thunderhawks coming in, as well as some warhound titans. We should be able to get a good 4 legion game together in the near future.

NetEPIC one of the two rulesets.  A direct link to rules here.