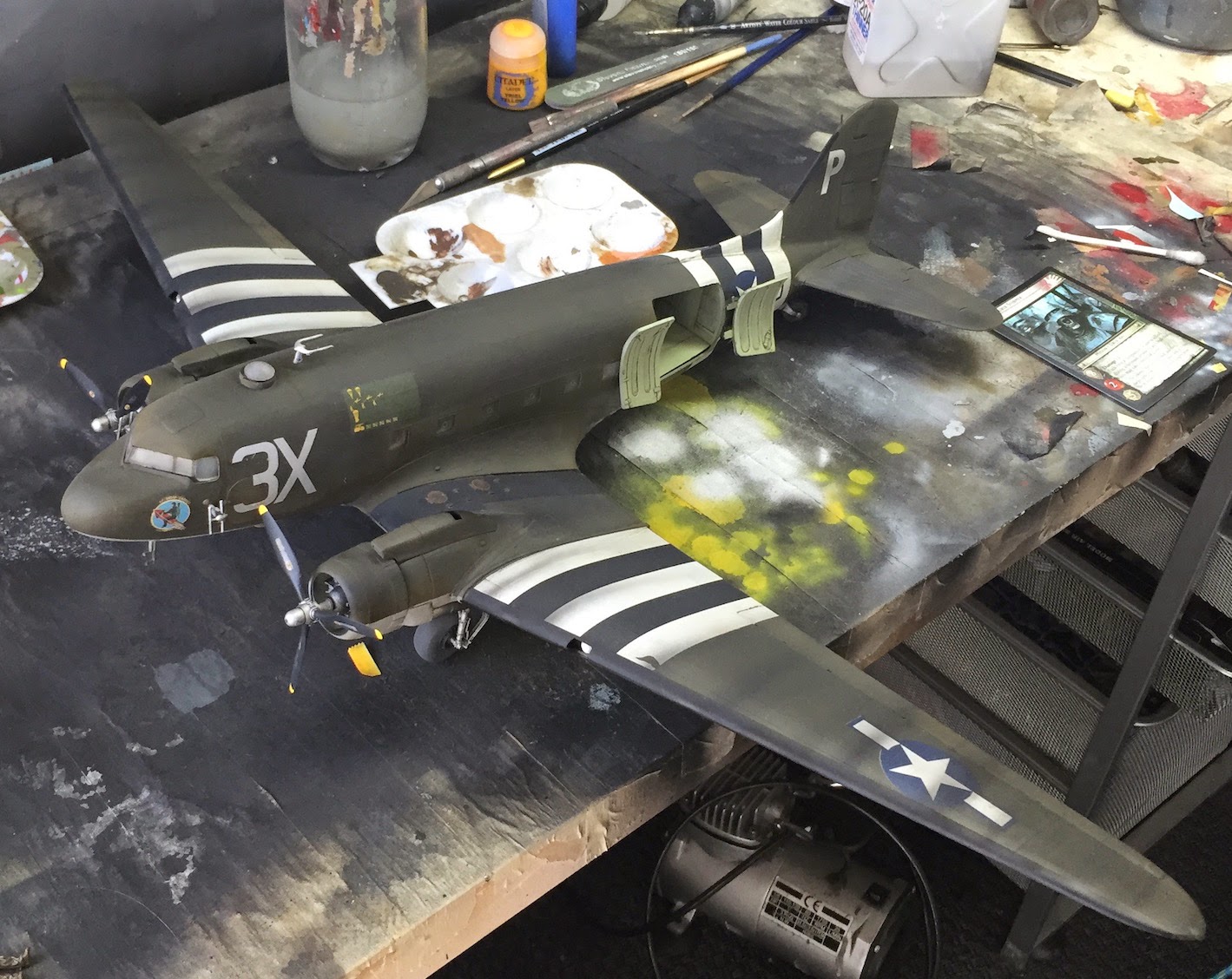 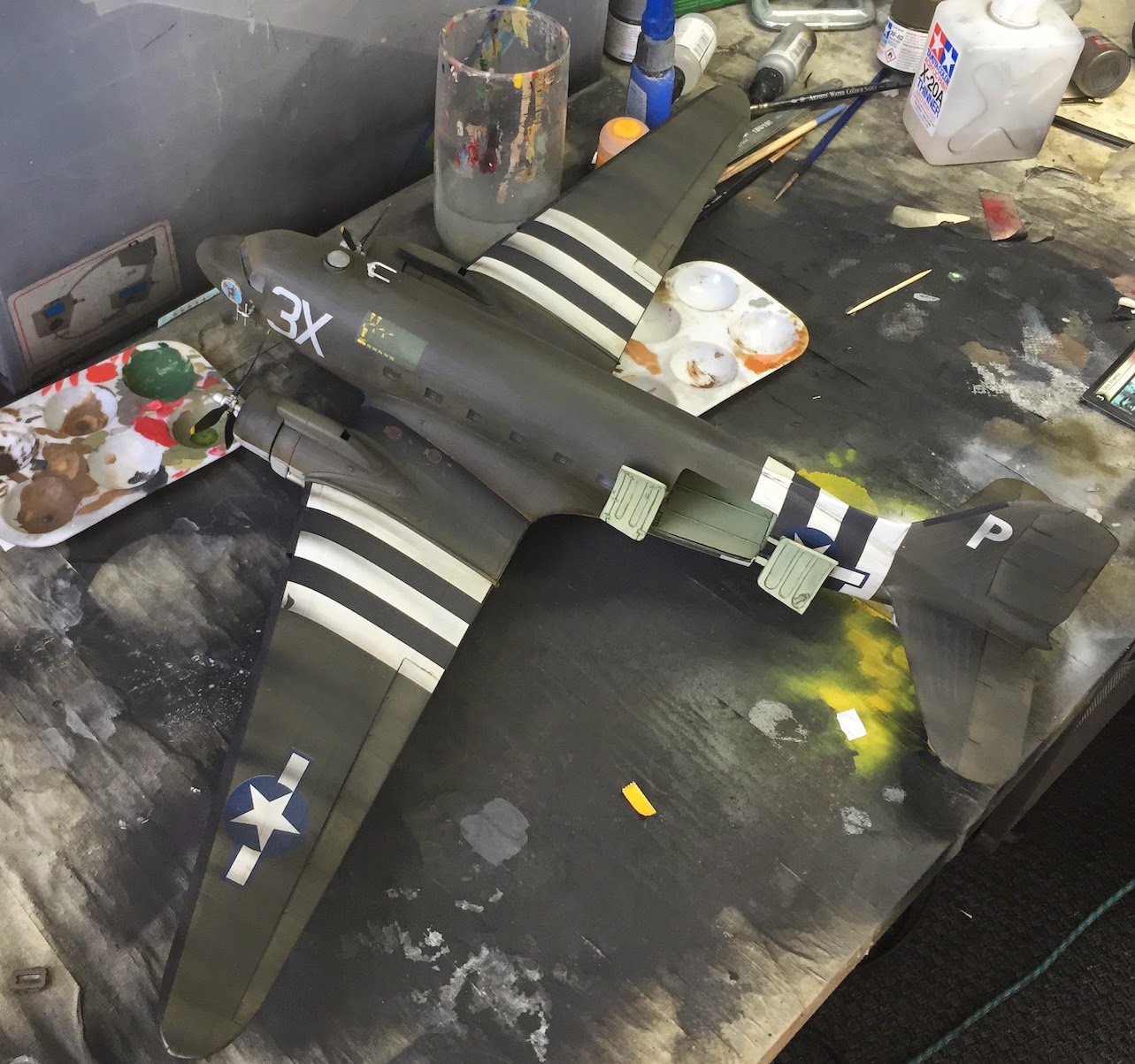 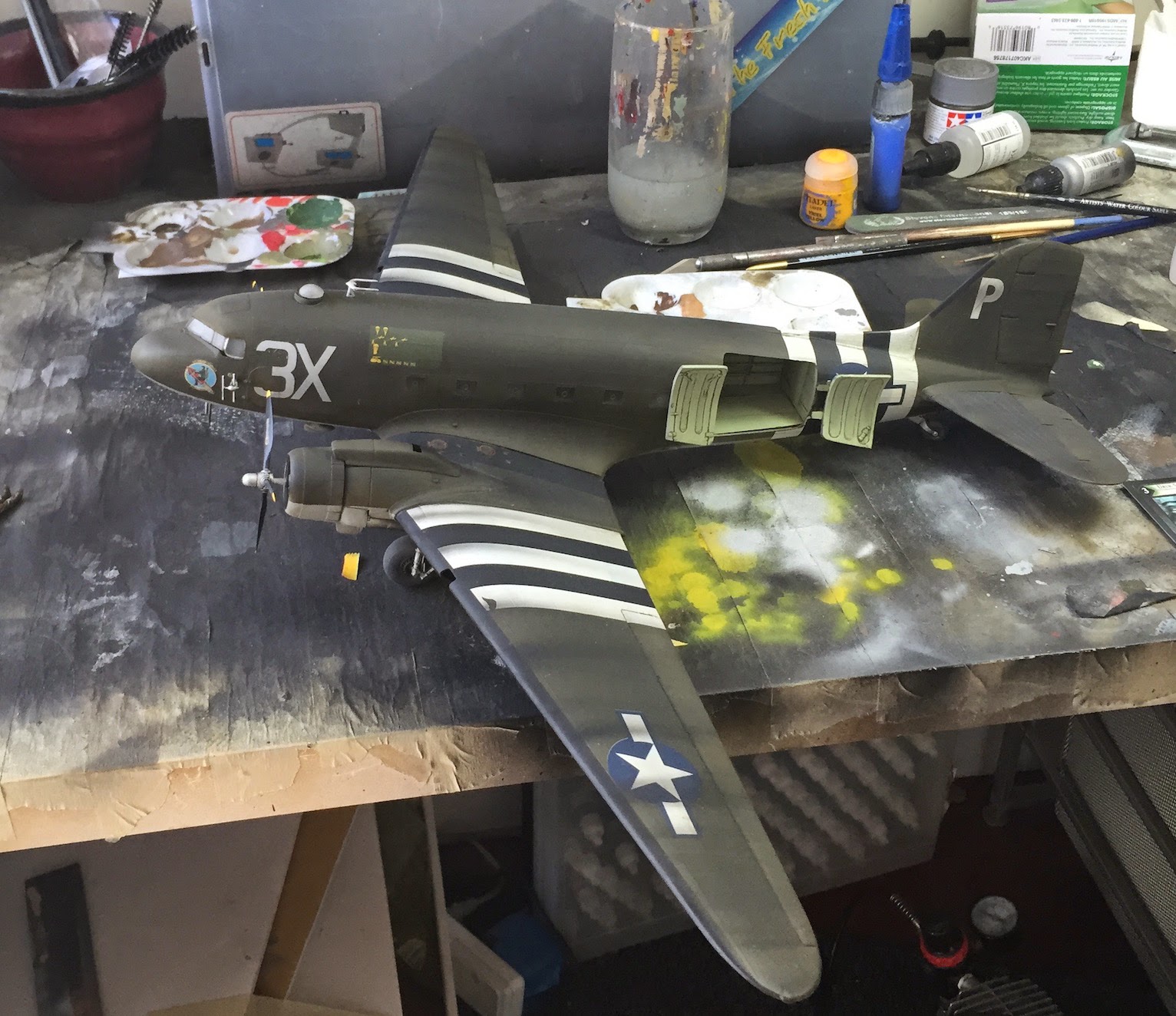 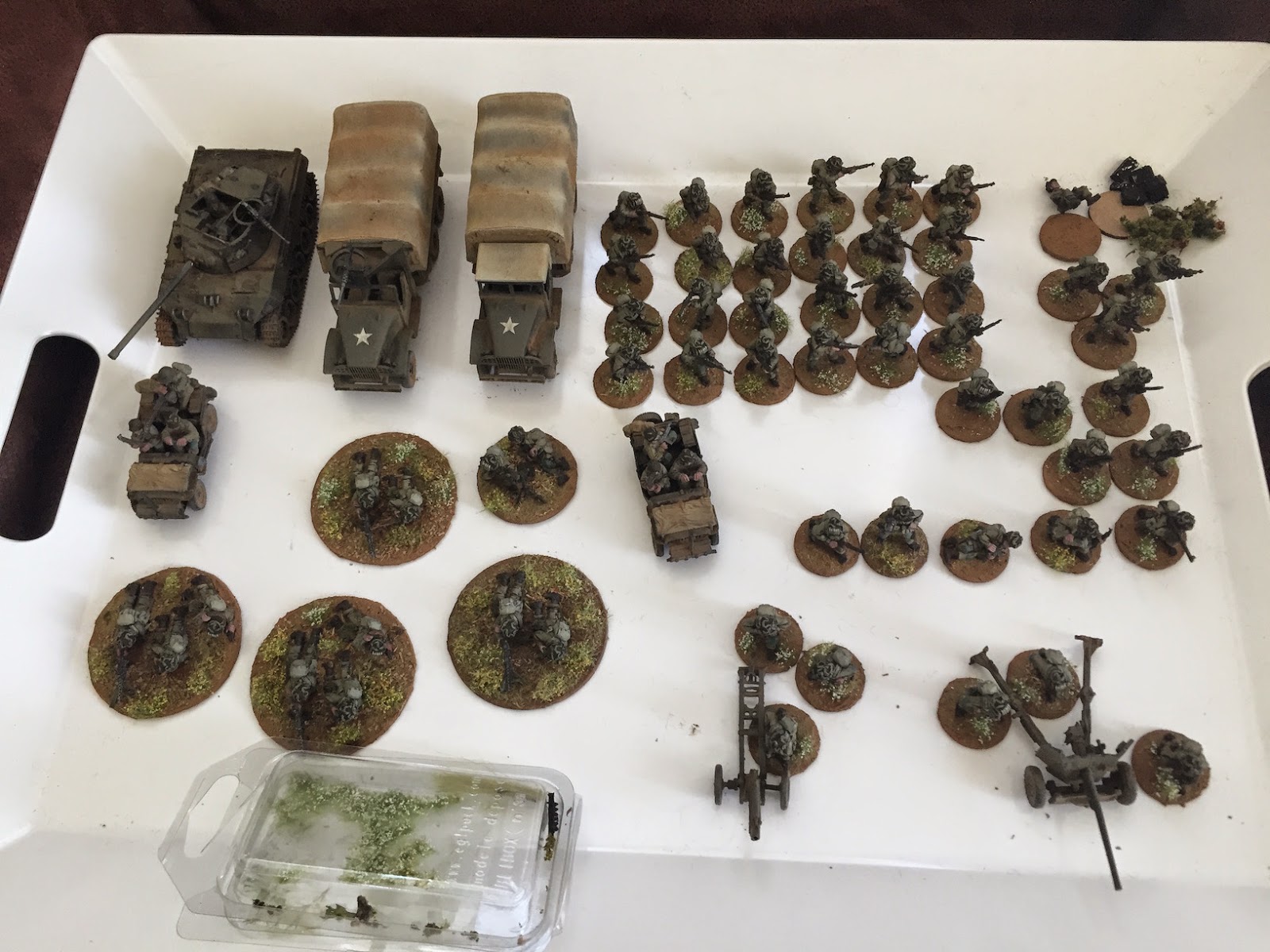 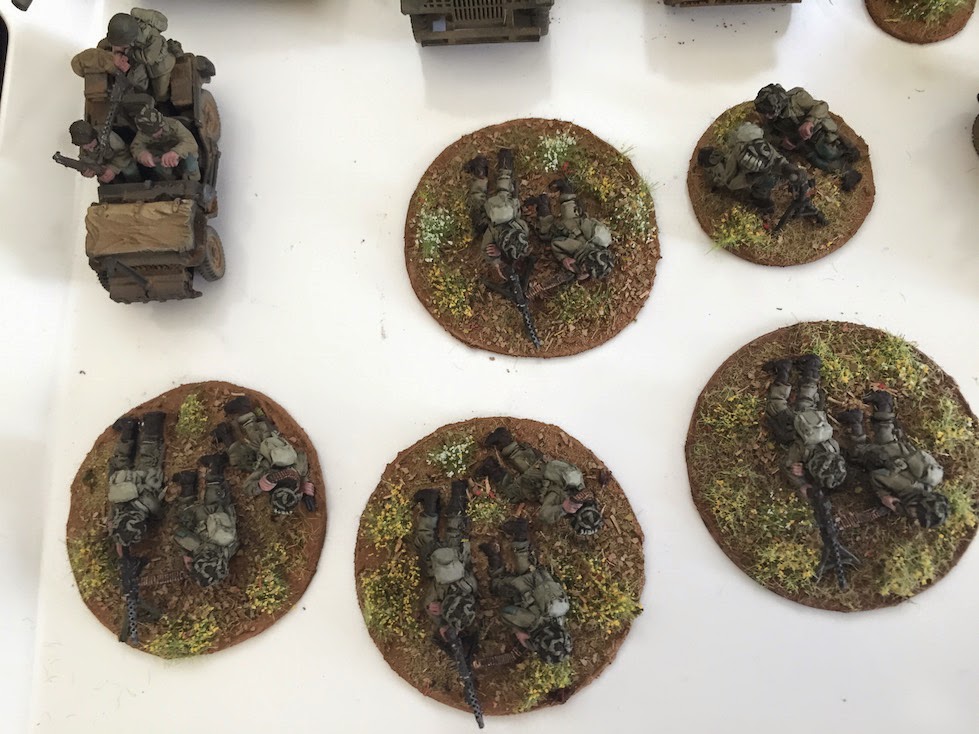 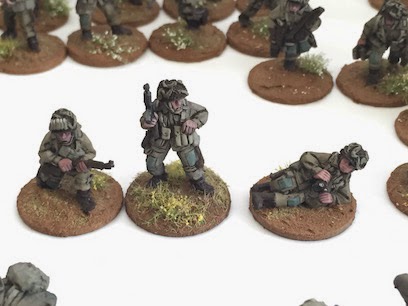 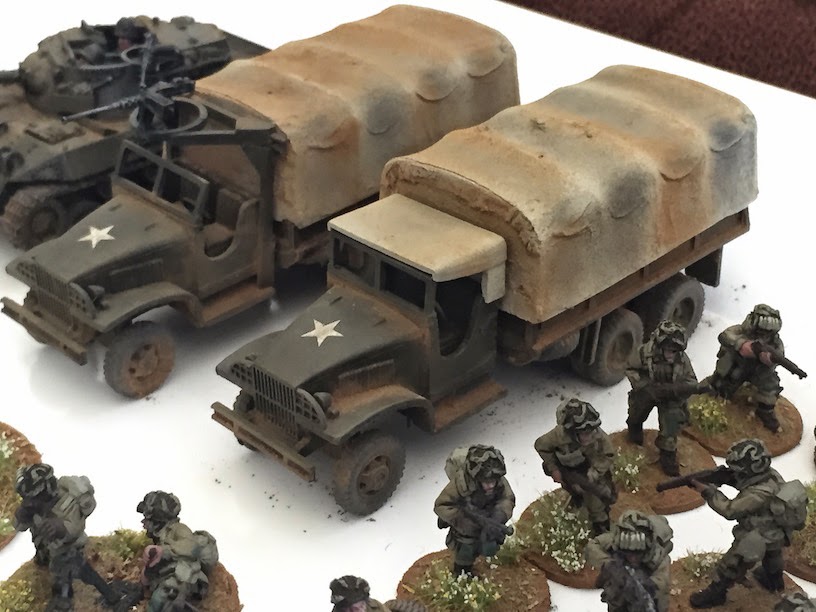 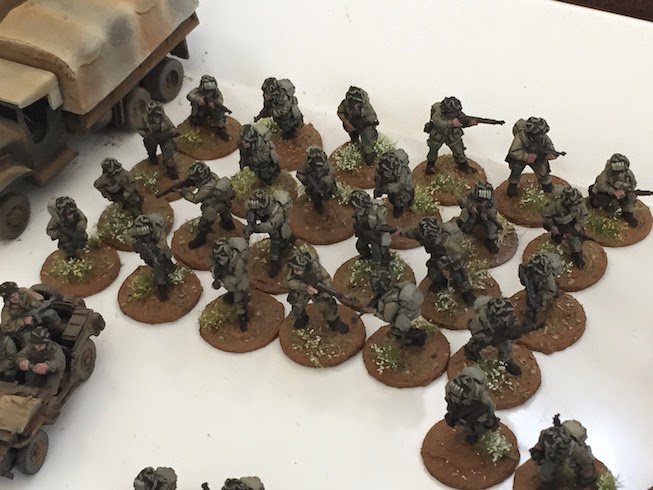 After tidying up my US Paratrooper army, I decided to tackle the huge C-47 transport that will see them into battle. The skytrain does not provide anything rules-wise, but it does give the player controlling the airborne a model to hold over the table as the parachute markers are dropped (you can see the drop mechanic over on Steve's blog). I think it will also make a good piece of terrain for some games as well.

I tackled the model how I usually tackle things these days. I decided I wanted it painted and gave myself a day to do so. On a model this large that was a mistake. It was difficult to make sure I wasn't damaging the paint job as I was flying through the painting process. The plane was cumbersome to paint, and the decals were weird. They are some kind of not-decal that I hope to never come across again. They did not respond to micro-sol at all, and remained kind of rubbery.

The paratroopers are mostly done. They'll get some more vegetation added to the bases at some point, as well as shoulder patches and rank markings. I just have to figure out what ranks to apply to the models.

Posted by John Stiening at 8:38 AM