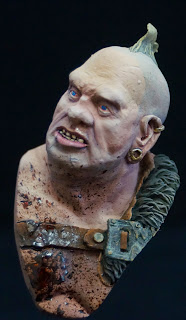 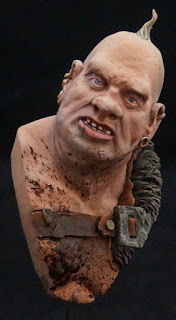 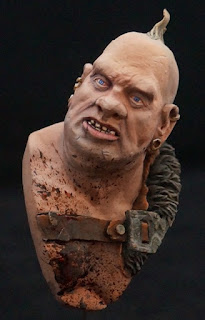 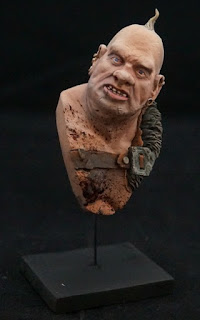 A friend mentioned that IMPS Richmond was coming up, and that it was only two hours away from DC, so it seems like I might be going to the show this Saturday. I hate to go to a show without a model to share, so some quick work on the Roman Lappat Ogre and I think he is presentable now. This paint style will likely be the recipe I use for my Ogre Kingdoms army for Age of Sigmar. The weakest part of the model is probably the hair, though the base is pretty bas as well. I didn't have a plinth to put him on, so I chopped a chuck off of a wooden ruler and painted it black. Hopefully that works!

Anyone else going to the IMPS Richmond show this Saturday? Anyone have a critique they'd like to share? I would like to touch up major flaws before this weekend.
Posted by John Stiening at 12:03 PM