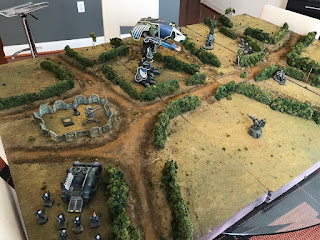 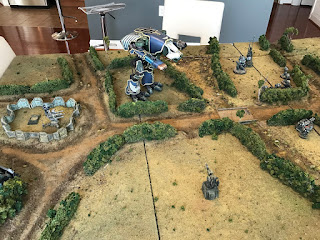 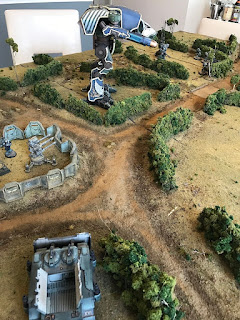 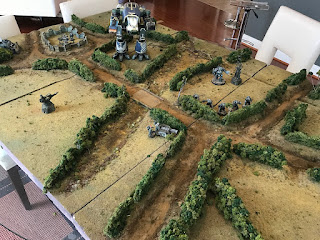 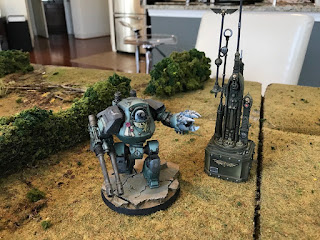 Our second narrative 30k game took place last night over some nice martinis. One of the stand out things to me was that playing 30K made me want the tactical decisions available in Bolt Action. As the defender in this game I was able to deploy my forces secretly, and only reveal them as Eric's Raven Guard scouted onto the table. His objective was the comms relay station that I had just painted the night before. After our first game, in Arnhem 30k, the raven guard were abandoned on planet and had to scrounge for vehicles. The relay point was supposed to help them contact their fleet at best, or other stranded Raven Guard at worst. Despite great scouting,  and the ensuing overrunning of the Sons of Horus garrison force, the Raven Guard were unable to capture the communications relay. However, they were able to enact their revenge on the garrisoned force just up until the point the Warhound titan arrived to clean up. At this point the Raven Guard abandoned what remained of their vehicles and escaped down a hatch into the unknown. Land Speeders provided a rear guard action, nearly taking the Titan out.

This means, Zone Mortalis is next!
Posted by John Stiening at 11:45 AM