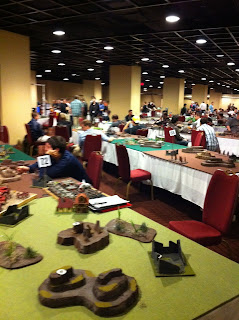 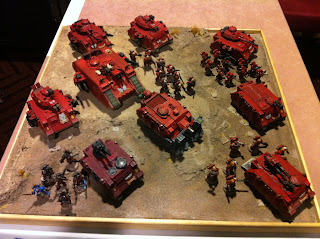 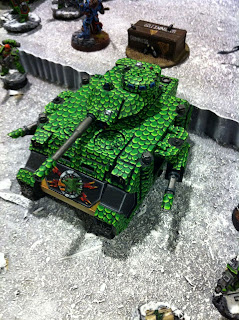 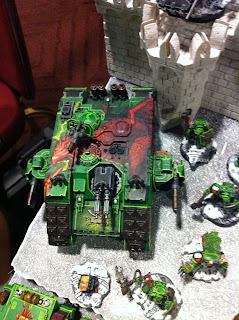 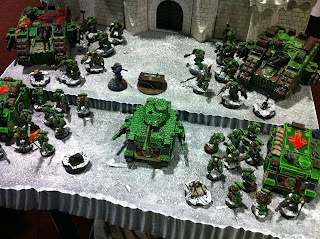 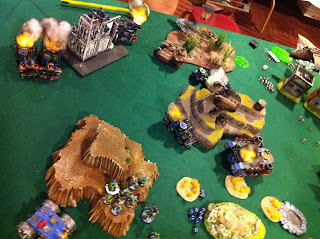 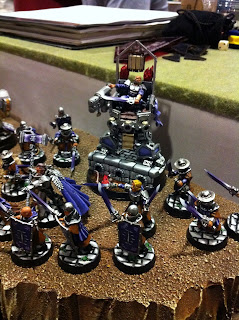 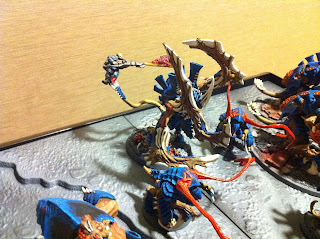 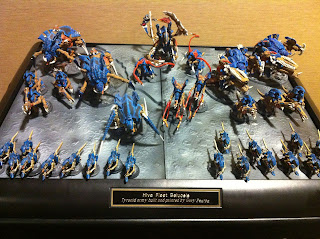 Having just survived the NOVA open, my first tournament, and the most games I have played in a decade, I am at a loss for words. It was simply fantastic. I learned to appreciate the game. I met loads of really wonderful guys, whom I hope I get to see again. There were amazing armies, powerful gamer stench, and the sort of brotherly bond that forms when groups are suffering cumulatively from lack of sleep, food, and well air.

Rather than try to put up my list, which must totally rock, since I won 4 games, and I am a truly horrid player, I'll just point out that it is the blood angels one up top. Never again will I try to finish painting models before a tournament.

I want to play 40k again this weekend. How crazy is that?
Posted by John Stiening at 3:48 PM