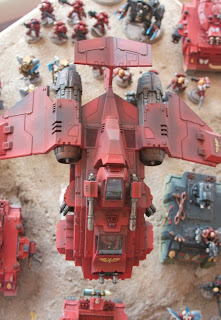 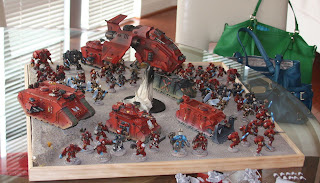 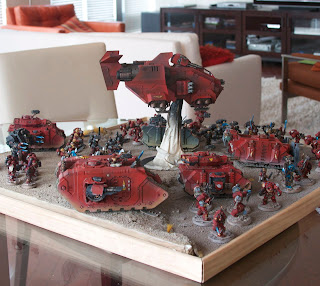 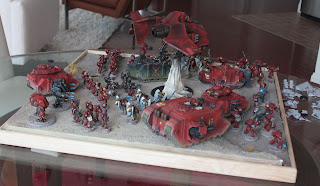 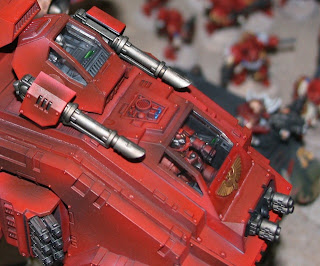 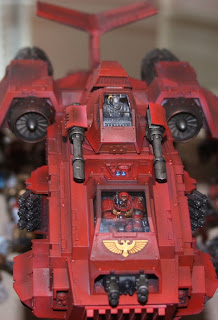 I've been having a bast painting this storm raven. I don't know why I put it off so long. Unfortunately, it is a little too large for my light booth, so I am forced to using a camera with flash.

I have most of the model painted now, including the crew, and the magnetized side hatches(more on that later). I am really happy with how the crew turned out. Those last two photos were taken with flash on, which is not terribly flattering. I think the model looks really good when set on my display board, and am looking forward to coming up with a good base for it. I was thinking of putting a wrecked ultramarines rhino, but that might make transporting the model a pain. Who wants to transport a rhino purely to use it a scenery.

I've included some army shots of the SR from a distance as per request. I cropped the photos, but the shots were taken more than 5 feet away, so you can get a feel for how it fits into the finished army.

Is Sword of Baal too cheesy a name? Mine is going to carry death company, so it is a mean S.O.B.
Posted by John Stiening at 3:05 PM