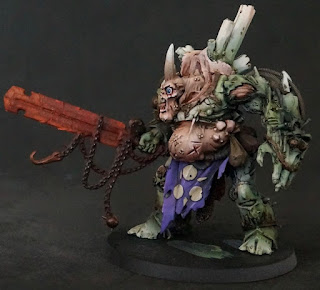 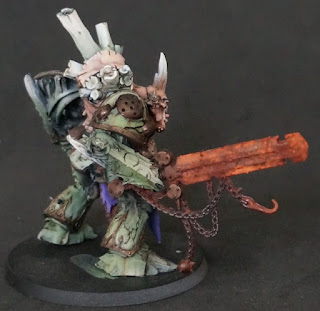 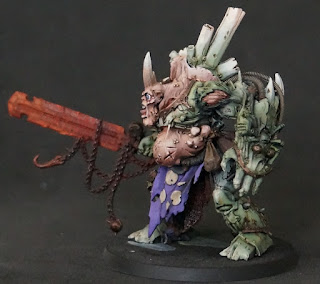 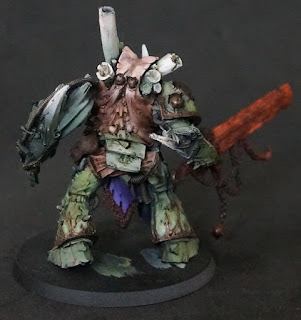 The rust reveal! This guys still needs some turquoise verdigris on the brass portions and smoke stains on the smoke stacks, but that will be done in batch with some other models. I really want to spend more time lavishing environmental effects on this guy, but I think it is going to be important for cohesion to do all of that at the end of bulk force painting.

Now it is time to move on to the Death Guard's first rhino transport. I've painted so many of these, this should be a fun excursion into rusting, streaking, and paint chipping. I still need to figure out a symbol for my force. Maybe I'll pull a 30k DG logo out and use that. The backstory says DG remained a cohesive legion after the failed rebellion, so that kind of works.

Posted by John Stiening at 5:57 AM