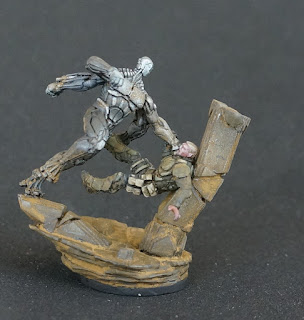 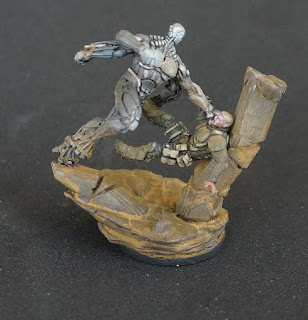 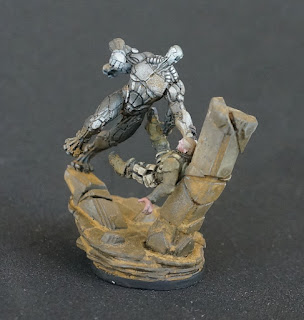 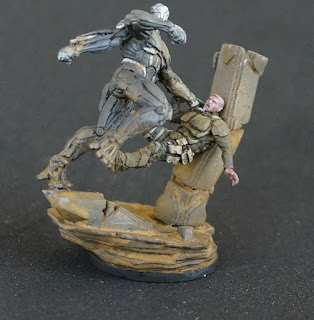 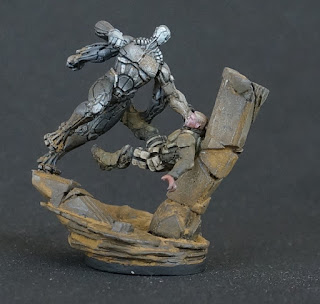 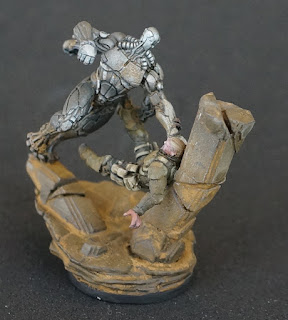 I was lucky enough to receive the NOVA Open 2015 event model from the man himself, MVB. Using the only artwork I've seen for these guys, I tried to paint the Virtue in various dark metallics with blue overtones towards the face. One of the things I like about the model is the scale. It looks closer to 20mm rather than 28. I've thought heroic 28mm was too large for a while. After getting into Bolt Action and painting Perry Brothers Miniatures I find it hard to like heroic scale. Smaller scales mean there is more space to maneuver making battlefield terrain more important. If you like this model, then I think the nova store will be selling them. I challenge our community to upgrade the piece to show the marine winning the fight. Seriously who wants humanity to loose!
Posted by John Stiening at 5:22 AM