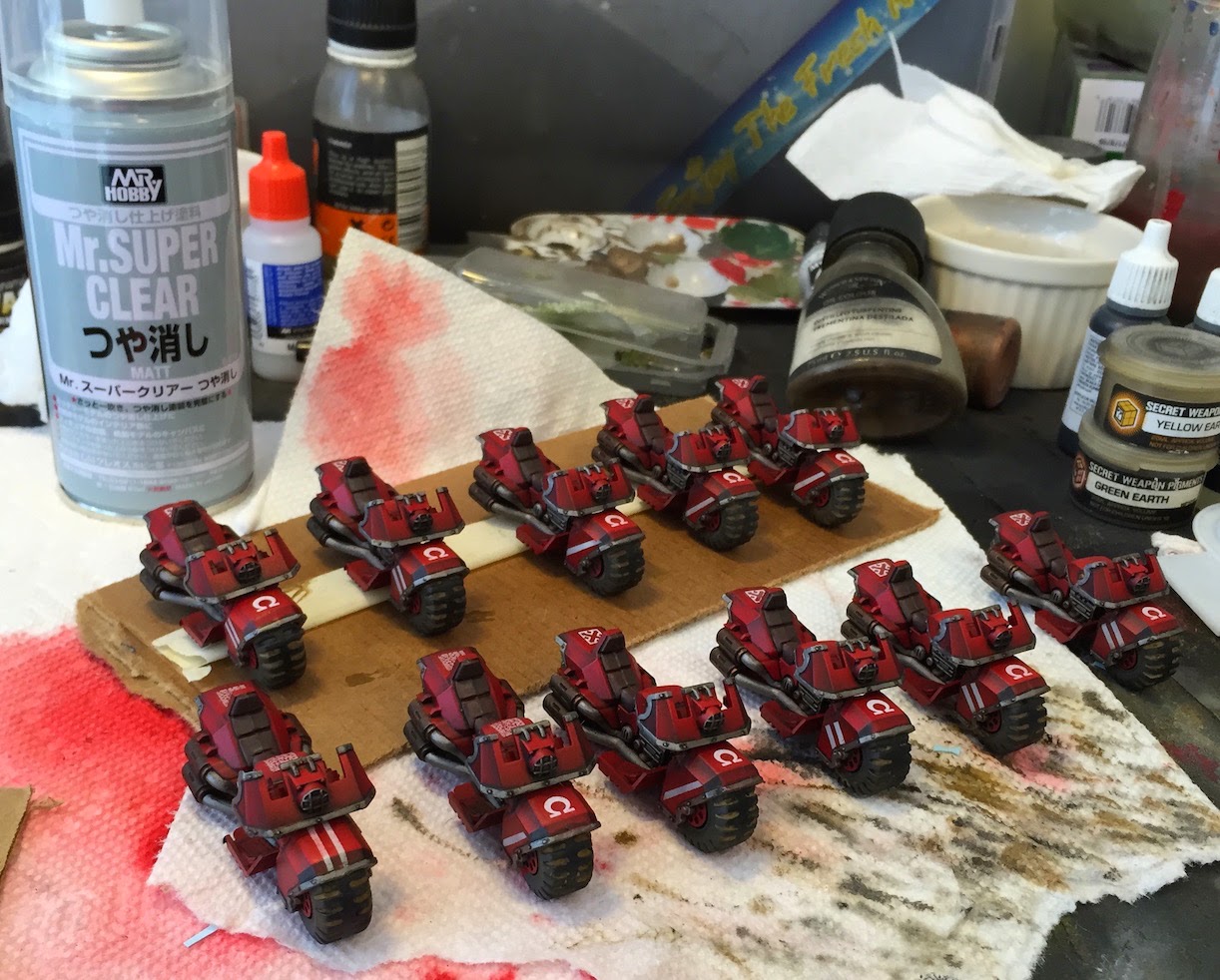 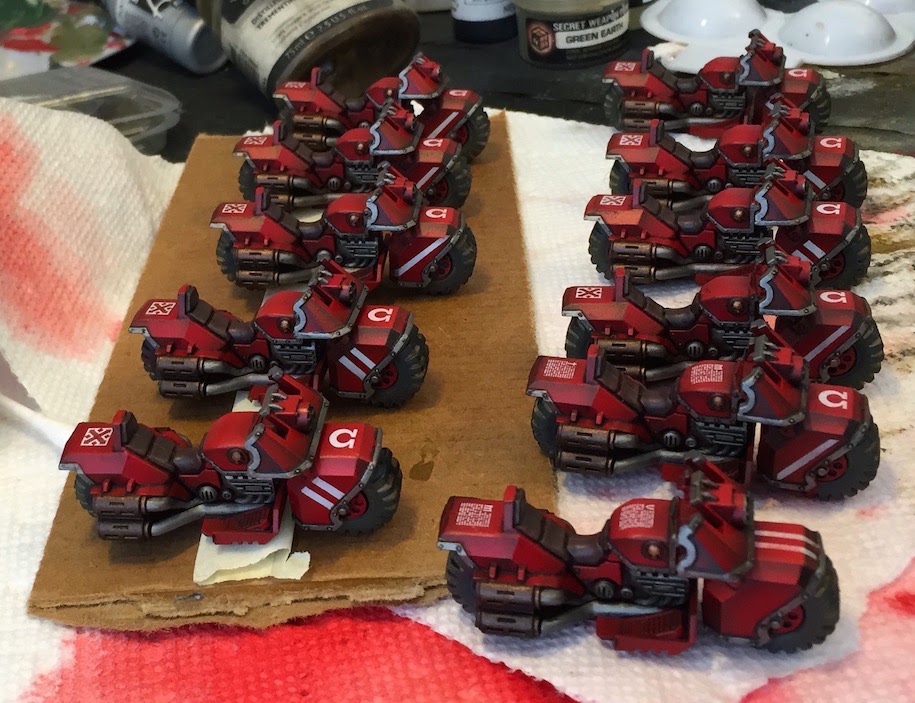 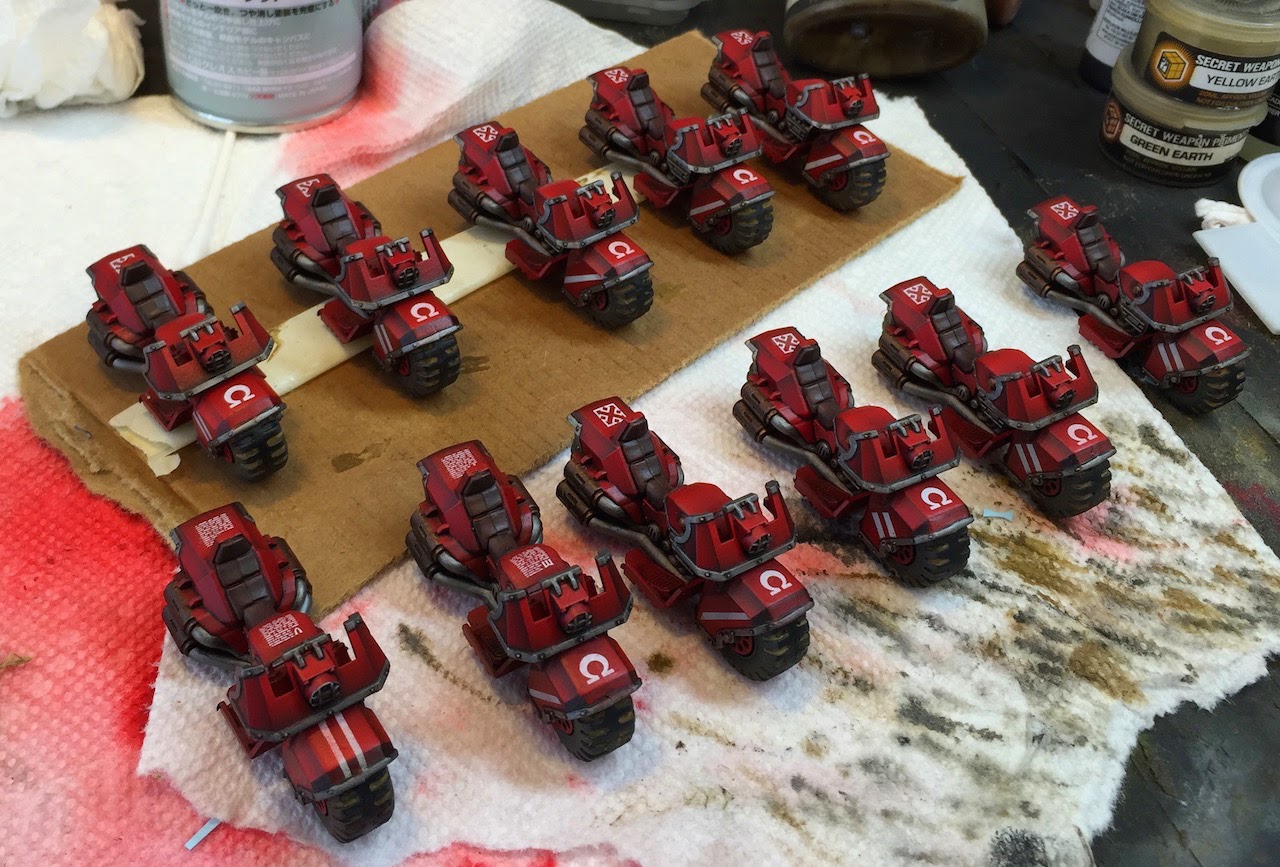 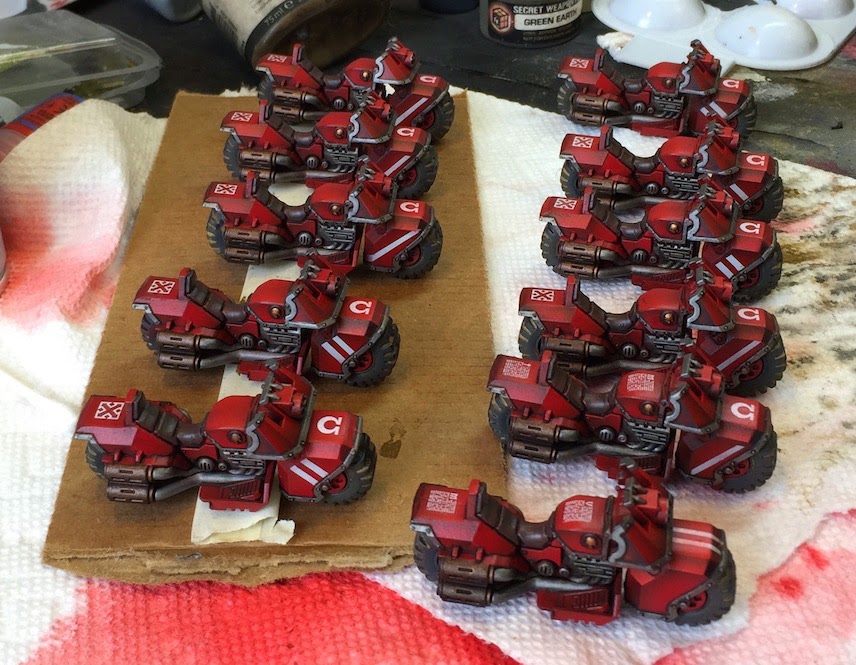 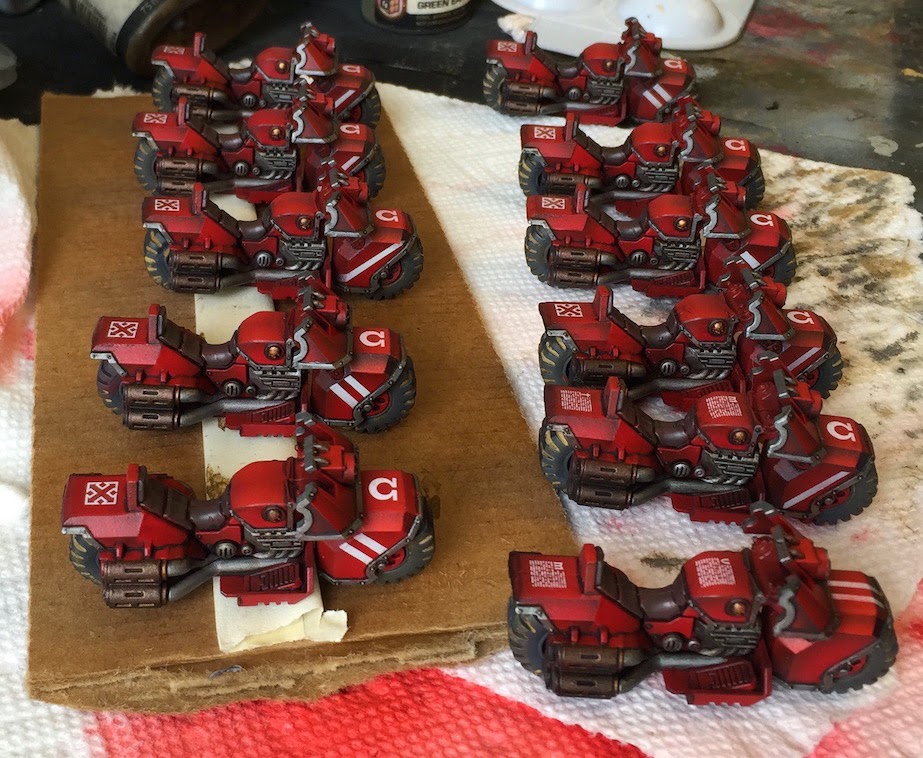 It is that time of year again where painters from around the world come together to paint charity armies for the Nova Open Charity Foundation. This year, as in year's past, we are supporting Doctors Without Borders.  One of the especially cool things is that 95% of each donation goes direction to DWB.

A lot of folks made this happen. Projects like these could not happen without folks like Atlantis Games, KR Multicast, Element Games, and Secret Weapon Miniatures.  They've donated a significant amount of product in order to make it possible for our scattered group of painters to work.

In the shots above you can see two Sons of Orar bike squads nearing completion. The final paint chipping and weathering is not completed, but enough of the base colors are done that I wanted to share them. We've been trying to keep the SoO a little darker than usual, in order to help highlight weathering and distinguish them from Blood Angels. You might have noticed that the tires do have some weathering. The goal was to use light colored weathering powders to match the bone colored bases supplied by SWM. Tires should be darker where they contact the ground, with dust/dirt build up near the hubs and in the treads. Recipe follows:
(not all of the wheels show the process. I only painted the parts showing, but as expected the wheels rotated a bit while varnishing them)


These guys are basically red Ultramarines who are sent out to in perpetual blocking actions. They are the red shirts of the space marine chapters.

Posted by John Stiening at 9:46 AM