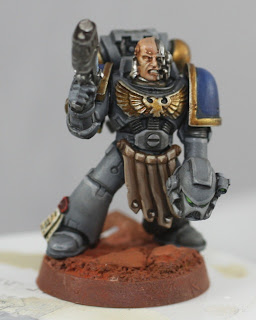 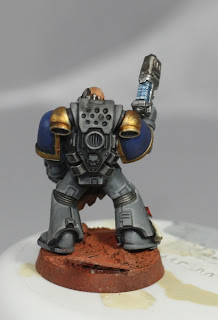 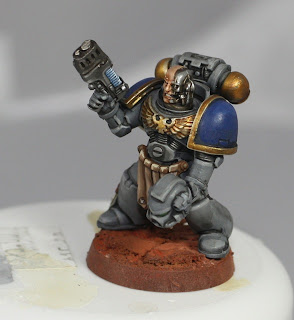 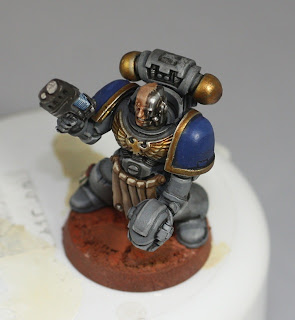 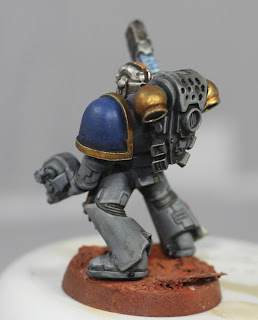 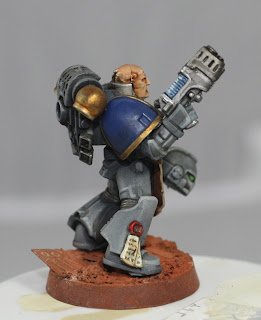 Since Bolt Gun did not look that great to me, I decided to try a second AC paint test using codex grey as the base. After I had airbrushed Codex Grey on, I increasingly added white to the mixture and sprayed downwards from the top of the mini. The initial effect was great, so I decided to go one step further and wash on a heavily thinned badab black wash. The wash pooled in places, which should not have been a surprise to me these.
I really like this mini. I've never tried to paint a space marine holding his helmet, so this is a first. I have a little green stuff plume that is curing right now to put on the top of it. It may make the guy look a little too ultra-mariney, but since the Astral Claws used Ultramar as part of their legal defense for the independence of their realm it seems ok right now.
Posted by John Stiening at 12:41 PM