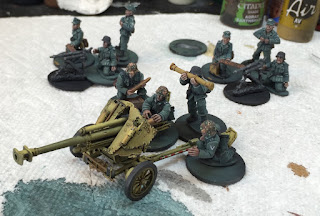 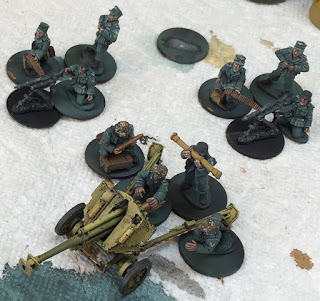 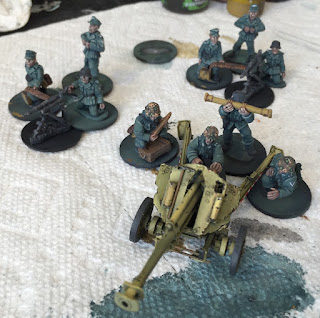 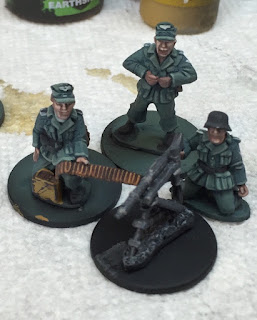 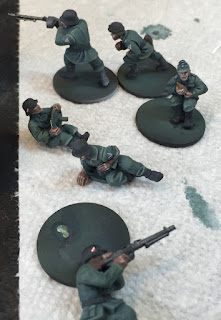 My late ware German force continues to grow. This time it is two medium machine gun teams, one medium howitzer, and an assortment of guys to ride in my SDKFZ 251s. (weird german tracked troop transport) I really cranked these out, and the lack of subtle blending is fairly prominent. Despite that, I am really enjoying these. I like painting them, and I think they look pretty good. This is almost gestural painting, which is very relaxing. A few minor touchups, and it is time for me to move onto the vehicles for the force. Then I get to have fun with basing. I really think these guys need some pastel red on their bases, so brick rubble might end up the default basing. A much faster way to base would be to go with brown muddy earth with pockets of flowers and plants. I like the idea of pairing these bastions of evil with something beautiful like a patch of flowers.

I had planned to jump into my 40k army project after these guys are done, but Age of Sigmar might derail that. I read the rules and really like them. I wish GW had gone for alternating activation, but having random player order for each game turn is an ok compromise.

Posted by John Stiening at 7:04 AM