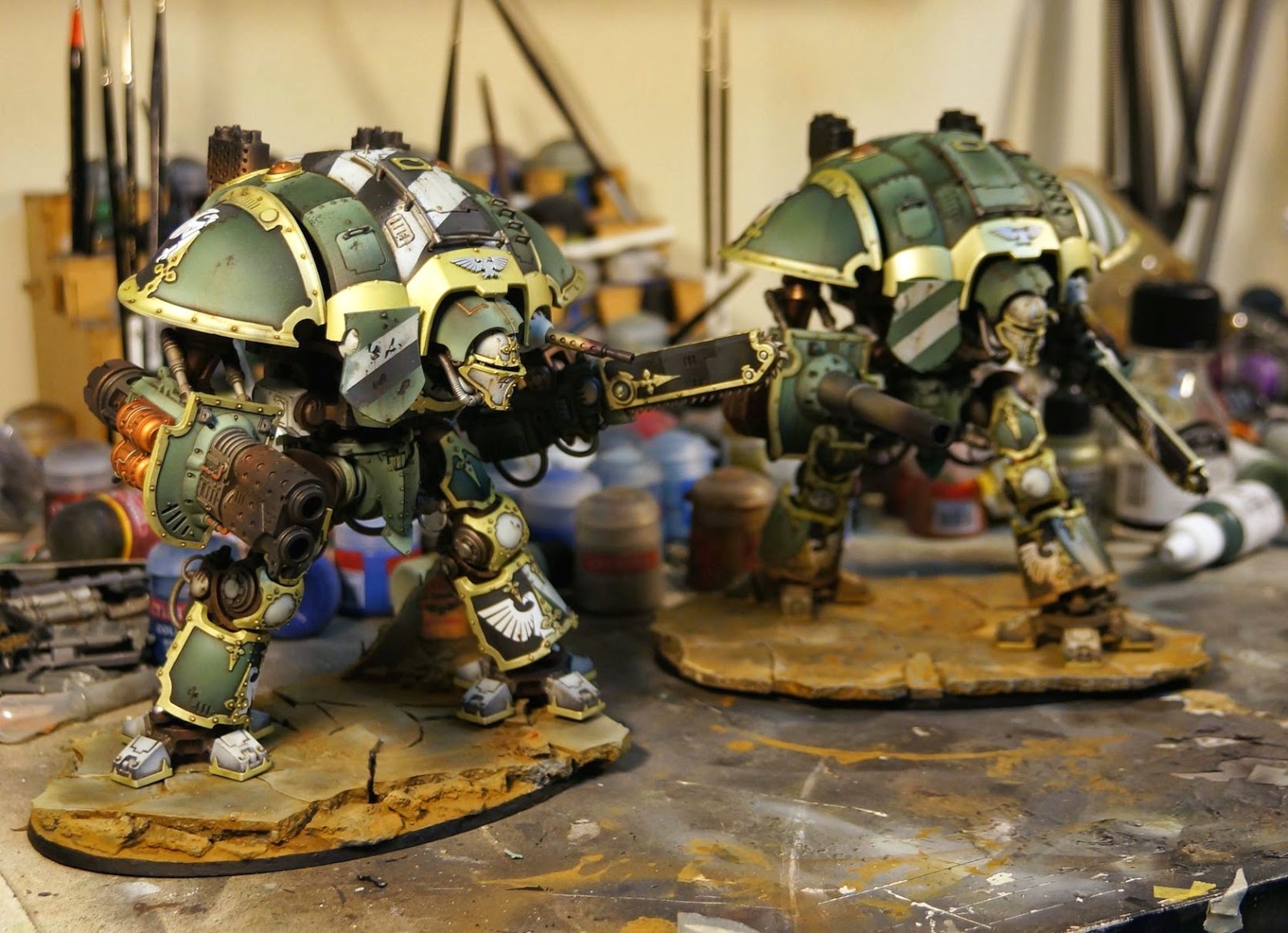 Despite the Knight Errant not being complete, I decided to pull out his colleague and get a group shot. I distressed the shield with white spirits by accident, so a bit more battle damage than expected! I'll break out the photo booth and take some better photos when the knight is completed.

So as you can see, I decided against chevron's and instead went with black and white stripes on the middle of the carapace. This leaves me in a lot of options for the last knight in the formation. One thing is certain though, the last knight needs to have his legs reposed. I chickened out on reposing the legs with this one, but I just won't look good if they are all striking the same pose. Plus, I really need a way to work in some Emperor's Children purple on the base.
Posted by John Stiening at 7:22 PM