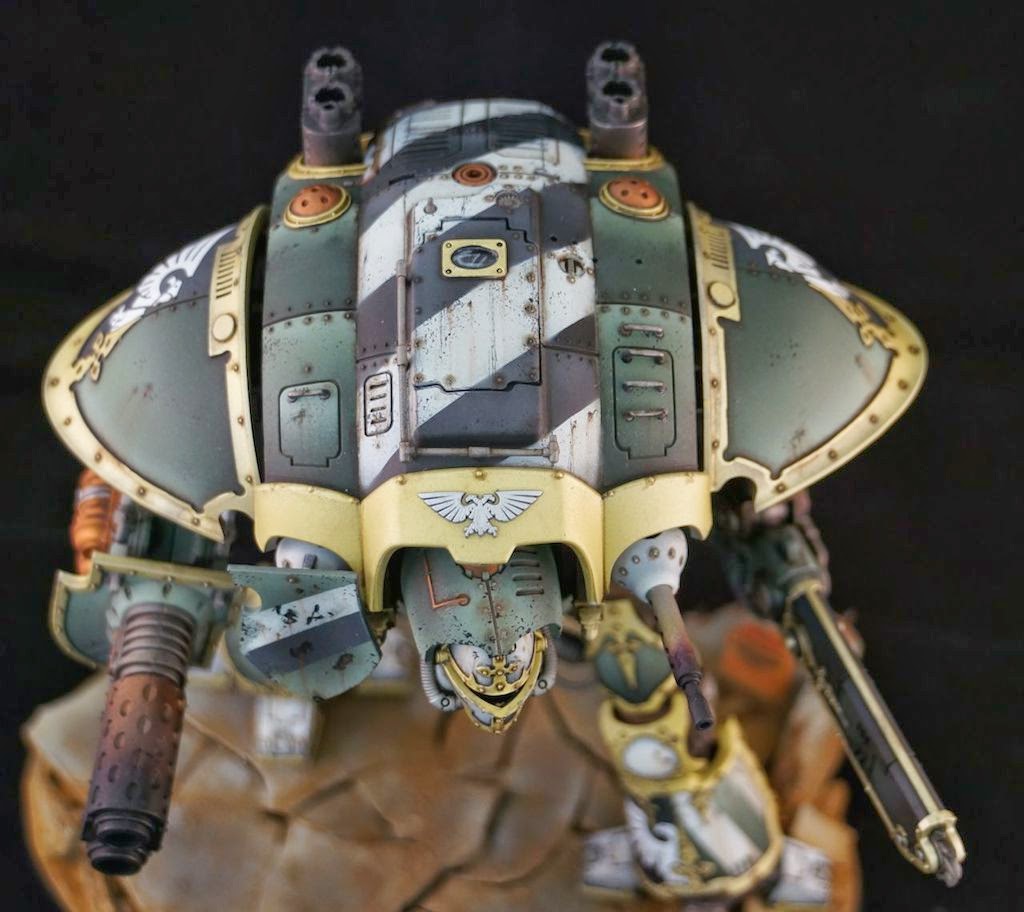 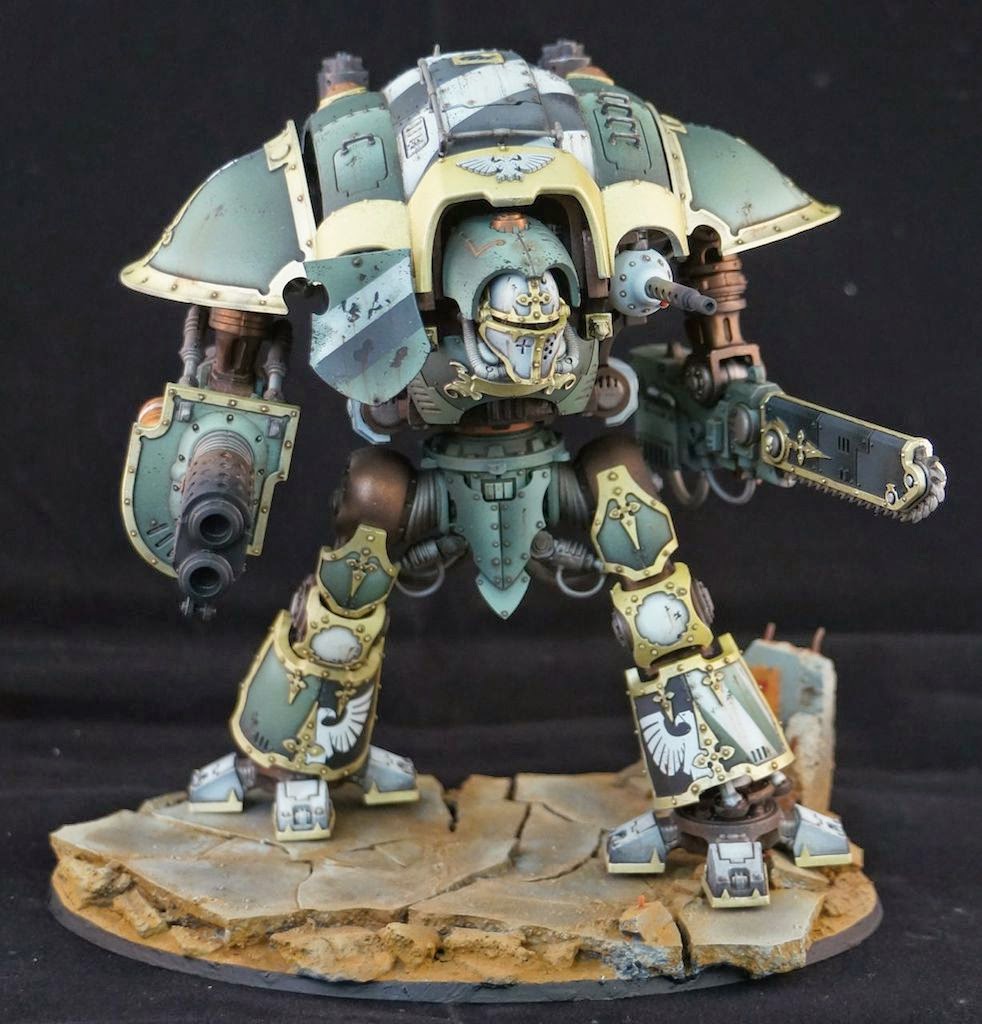 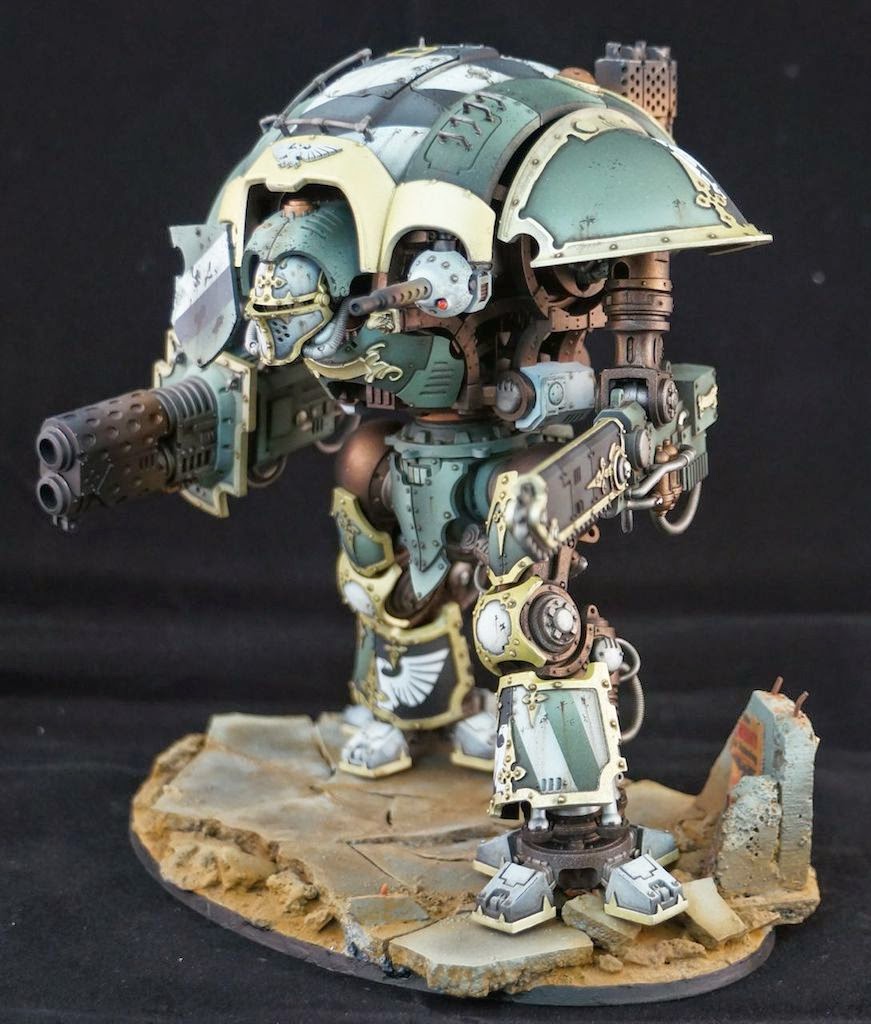 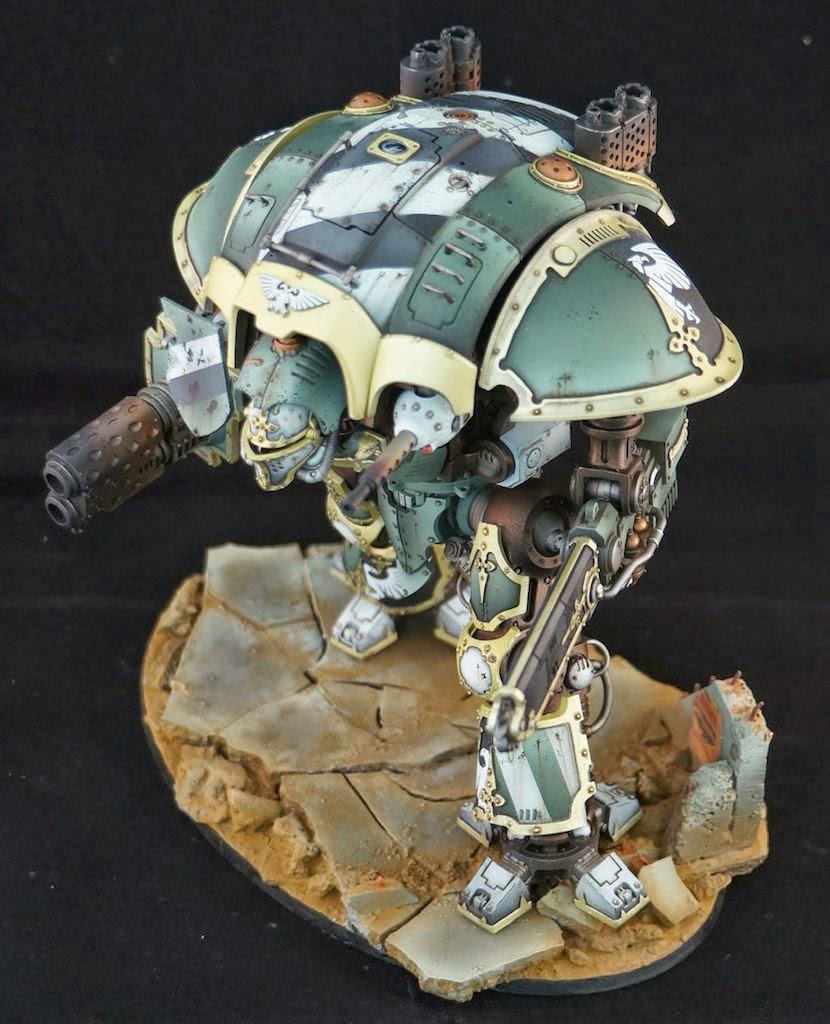 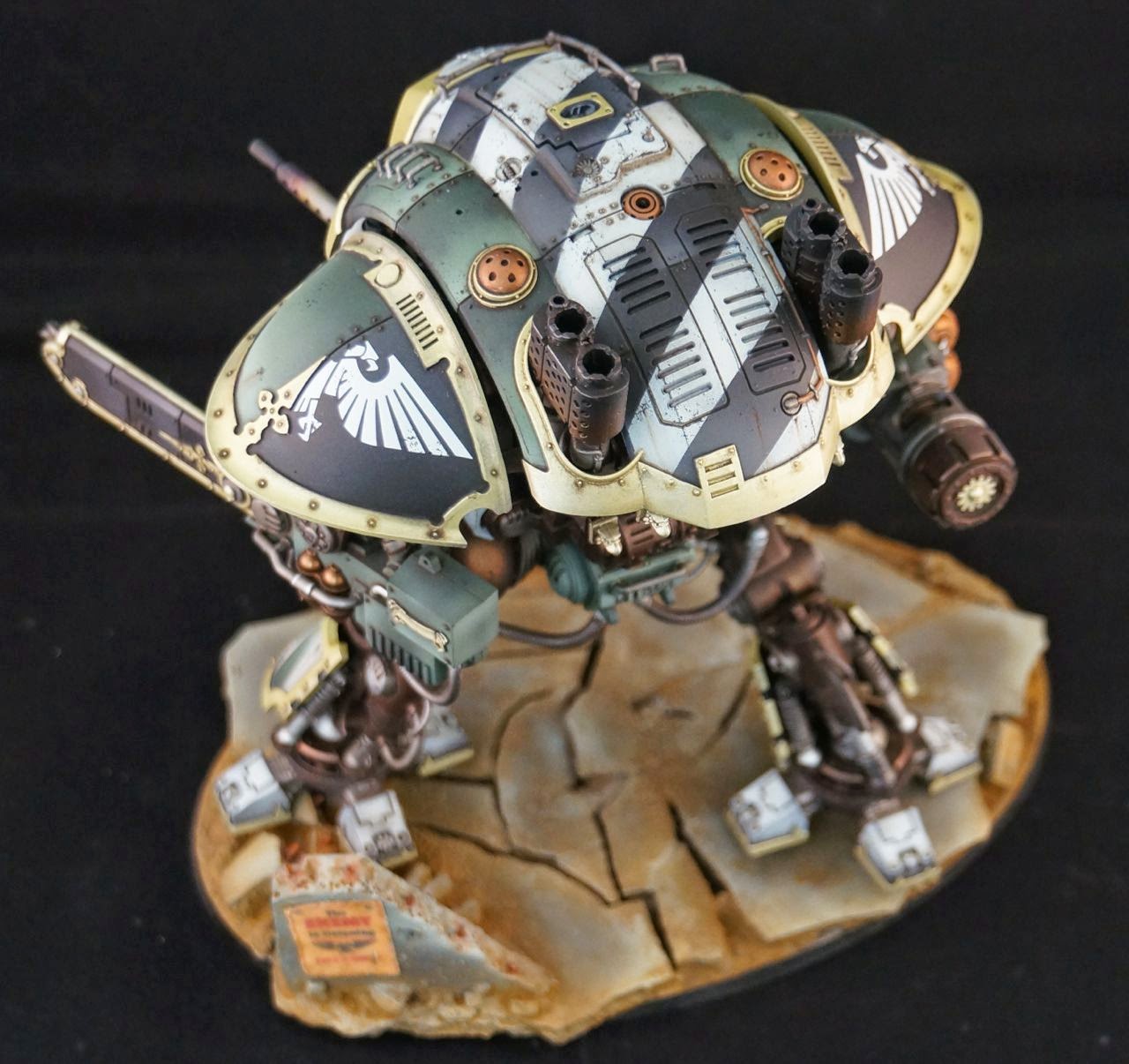 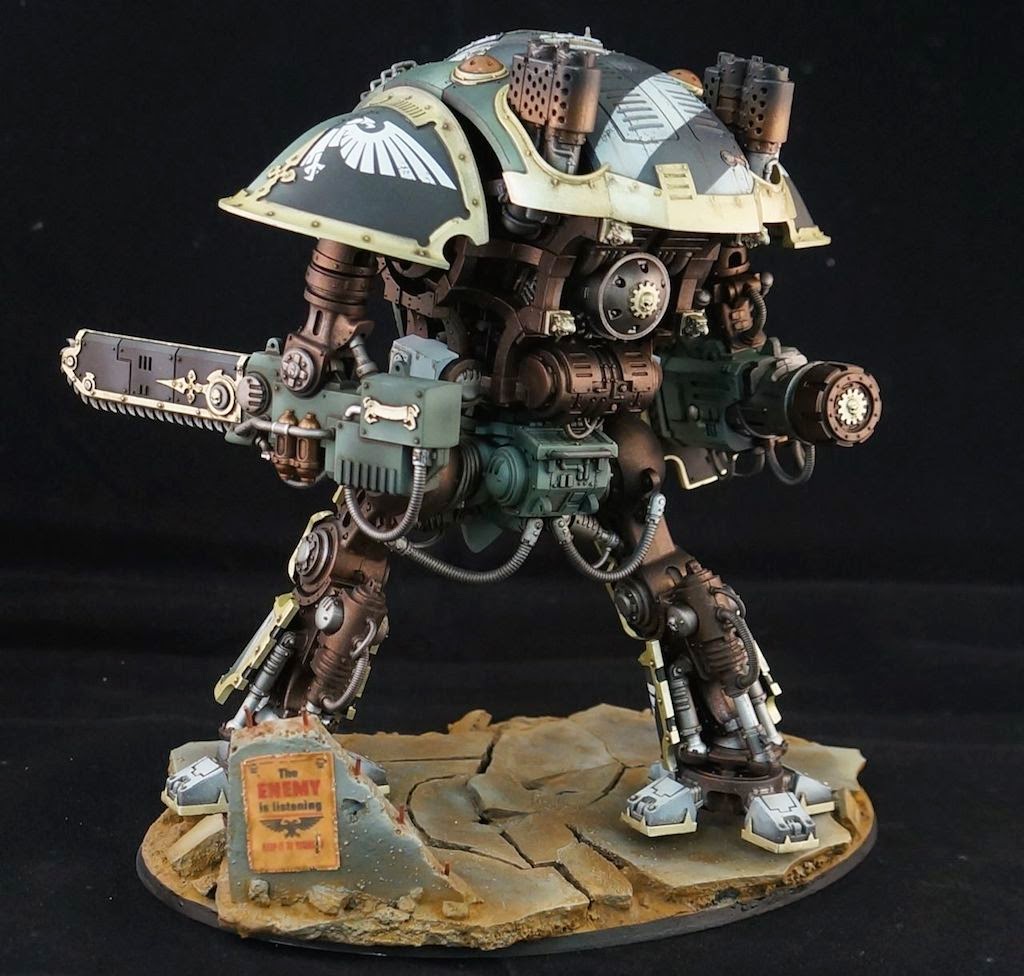 My second imperial knight is nearing completion. I have loads of little touch up work, as well as smoke stains, additional chipping/grime,  and leaking oil to add, but I felt it was time to break out the light box and practice some photography.

Like the first knight, this guy is attached to the Sons of Horus expeditionary fleet seconded to a the Legio Astorman. I was hoping the ad-mec army list was going to treat knights like their 40k counterparts. I don't think I would buy a maniple of these guys to fill my lord of war spot, since there are so many other interesting options.

So the title of this post mentions the NOVA Charitable Foundation.  Last year the NOCF raised over $10,000 dollars donated to Doctors Without Borders/Medecins Sans Frontieres, The Fisher House Foundation and The Breast Cancer Research Foundation. The three charity armies from 2013 were shipped from Washington, D.C. to winners in Washington State, Missouri and as far away as Tasmania, Australia!

As you may have guessed, I will be painting an Imperial Knight to go along with the Ultramarines army.

It is an honor to once again be included in the army build. Dave Taylor is leading our intrepid team which again includes Justin McCoy (SWM), Chris Dubuque(Jawaballs), Marc Raley(whose blog I've been stalking), Alex Landing, Brian Ballard,  and Dan Withers. If you've followed my blog for a while, you might have noticed my largish Ultramarimes army. That army was inspired by Dave Taylor's army once on display in the Maryland Battle Bunker!

Posted by John Stiening at 5:55 AM