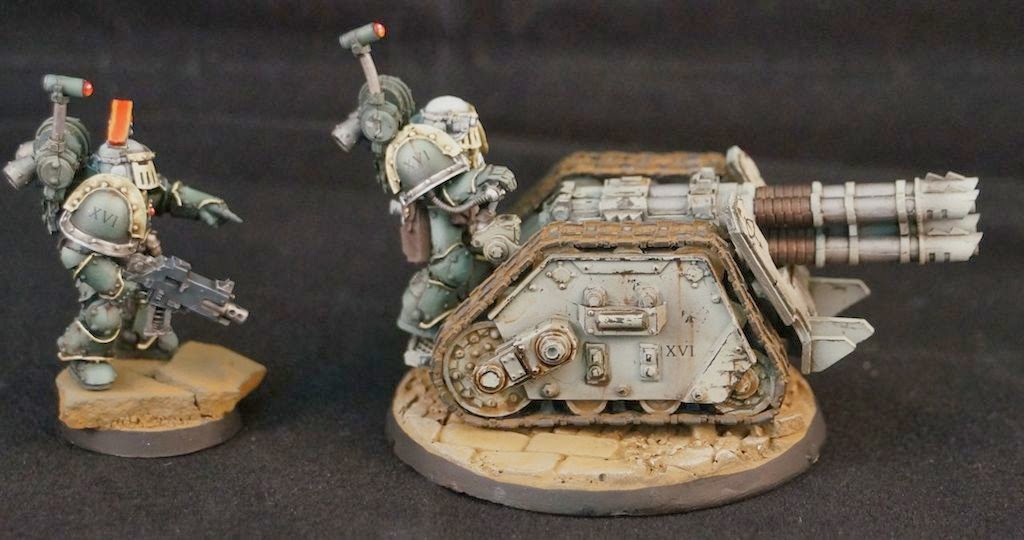 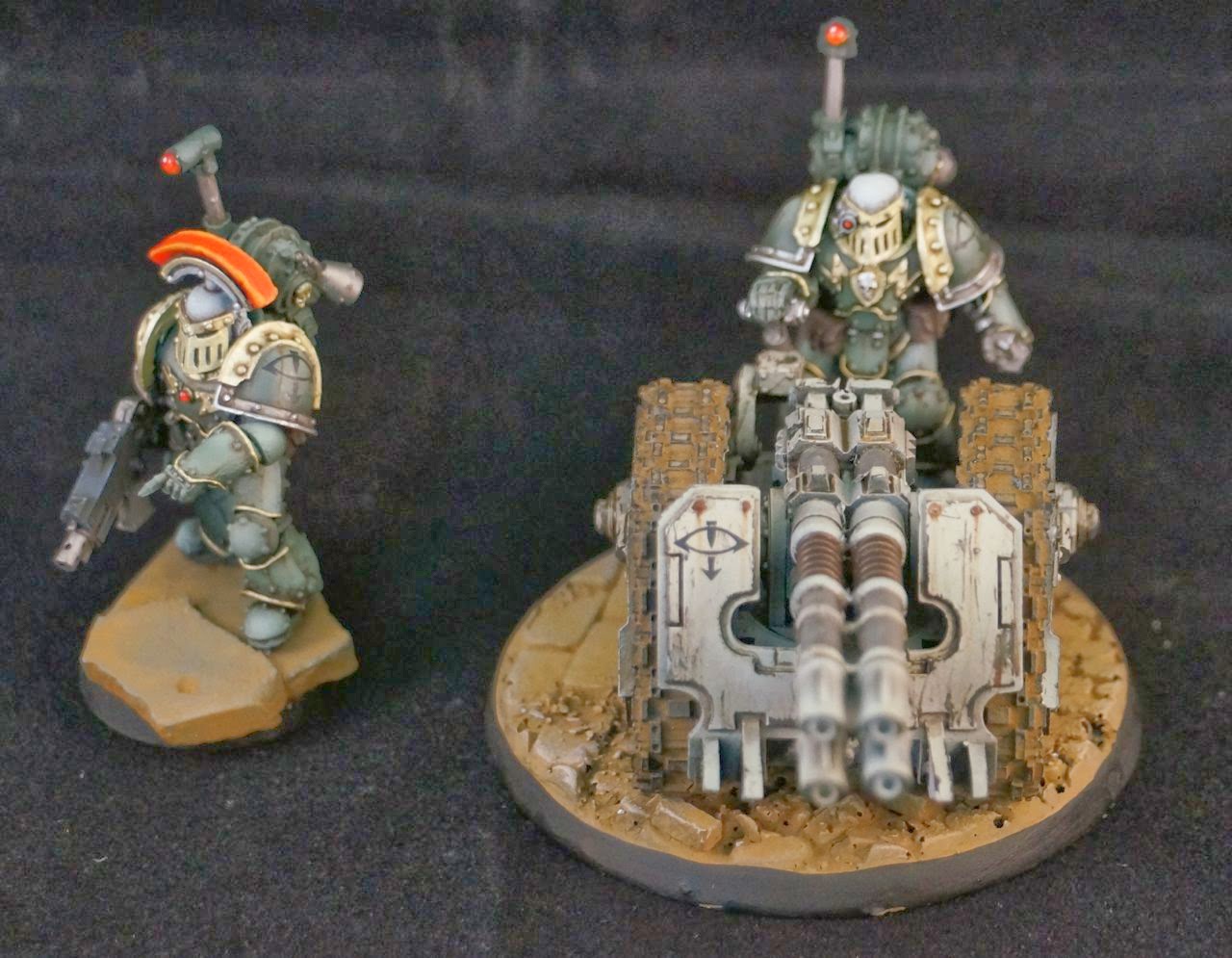 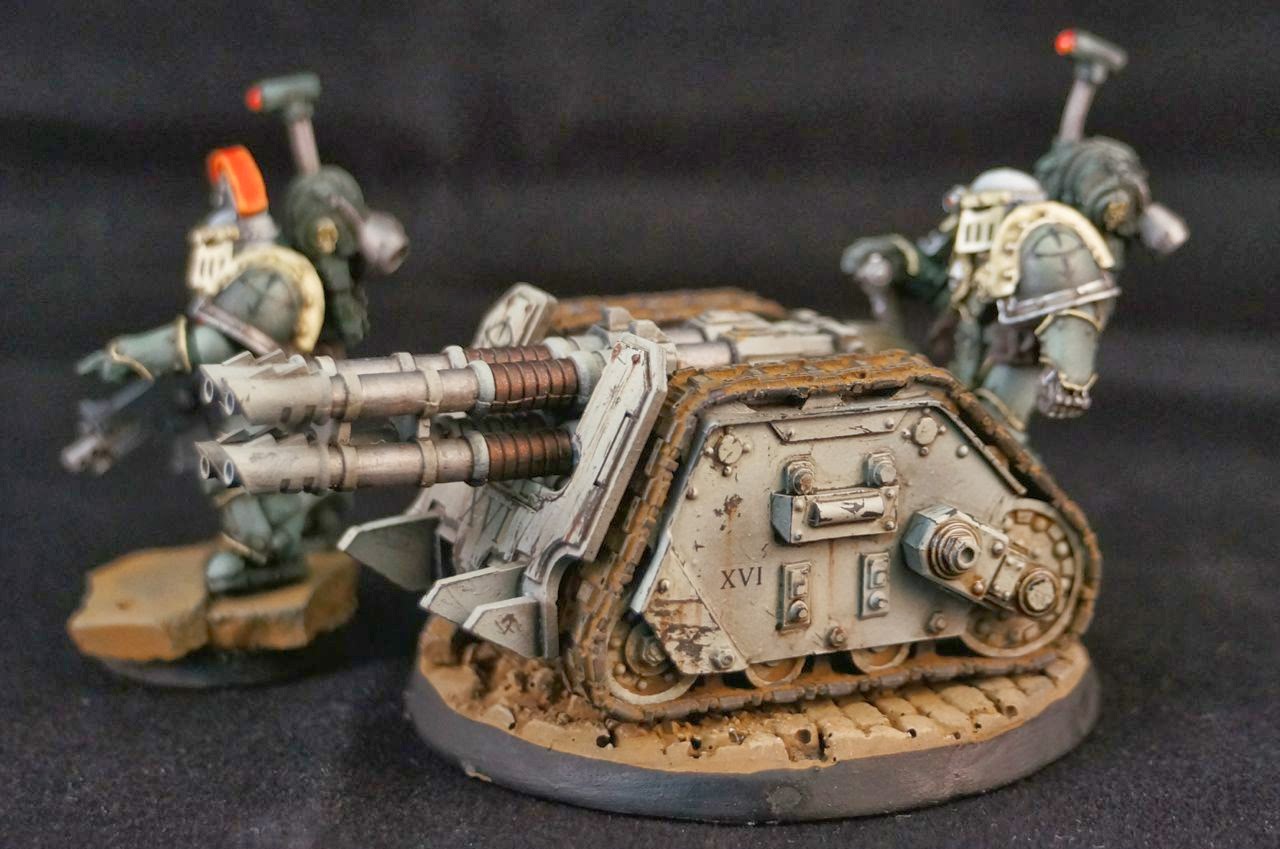 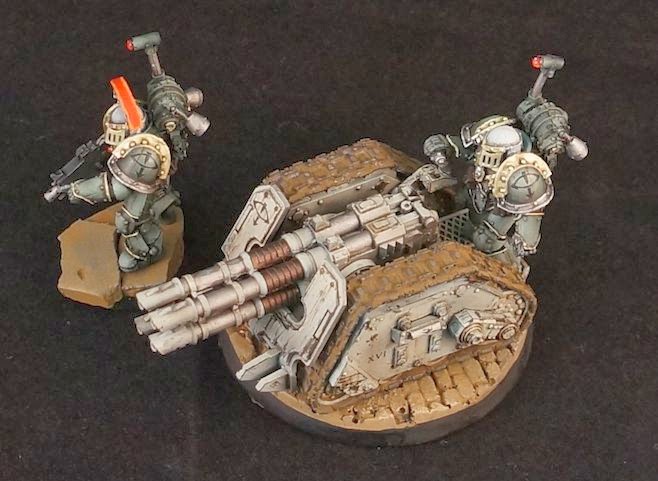 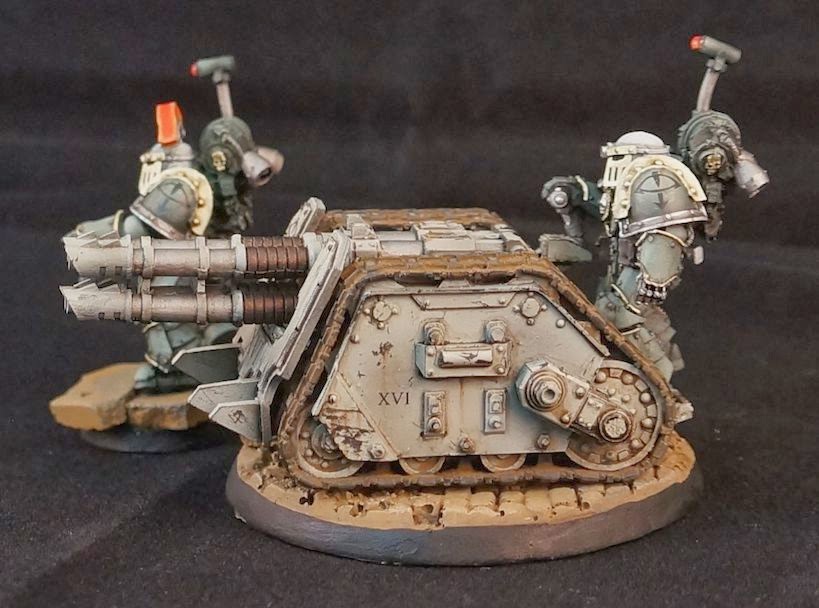 I owned one of the original rapiers from Rouge Trader days, so I had to pick up the new incarnation. For this model I tried my hand at painting the battery to match the Sons of Horus original colors back when they were Luna Wolves. I chipped the paint using a toothpick, and then followed that with oil washes. The models have a lot of damaged detail. These casts were not very good from FW, but I've had this piece so long returning it was not worth it. A few scratches later and one can hardly tell. Two more Imperial Knights have arrived at my house, so stay tuned for more of them.

Clearly I don't know how to take photographs using the booth! You'll have to imagine these less washed out. :)
Posted by John Stiening at 10:58 AM