A Trio of Talons 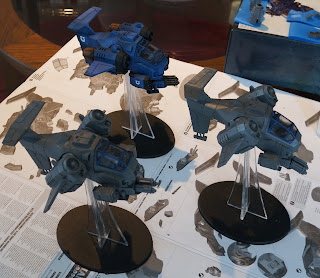 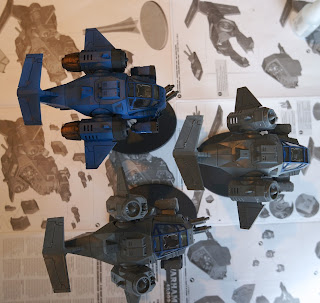 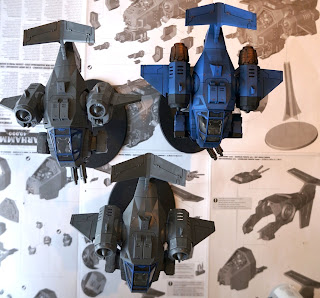 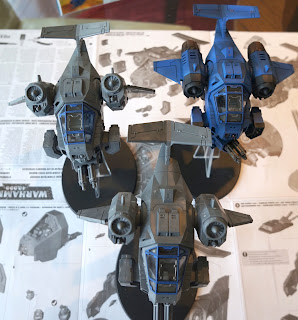 After bailing on Armies on Parade, I decided to put together my remaining two Stormtalons. The thing is, it turns out that I put my original Stormtalon together wrong. I wish I could say I did this on purpose, but it was totally accidental. I put the birds together they way it seemed like they should go. (note to self, read directions twice the first time around!) In the official version,  the wings are supposed to be flipped around, so the flat edge faces forward. I just can't decide if want to pull these three apart and fix the error. I think the Stormtalon would look more futuristic if I put it together as intended, however my accidental version makes it look a little bit like a stubby bomber, which is also kind of nice.

I could use some help!
Posted by John Stiening at 12:23 PM