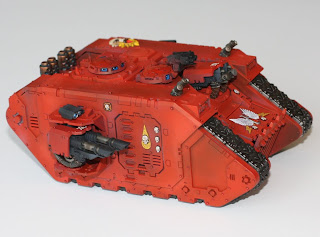 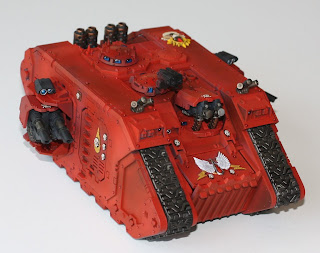 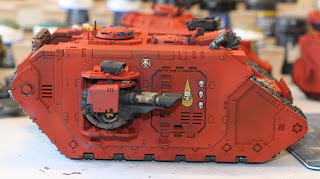 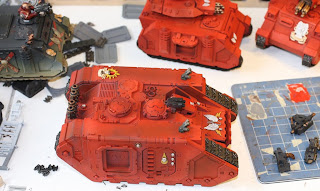 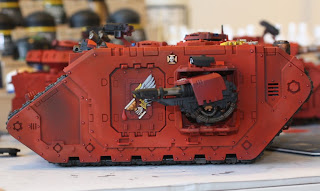 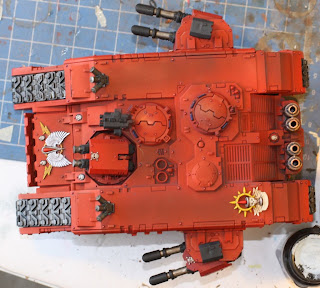 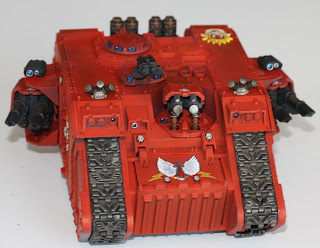 Still missing one track, but I think I am going to take the sage advice from Siph_horridus and build a LR Crusader to go along with this. The crusader will be missing a track underneath the frag grenade launchers, so it won't even be noticed.
I have some work to go on this guy, including finishing painting the storm bolters, headlights, and engine, but I could not resist putting some photos up. I plan to weather this guy like the death company rhino, but I am really enjoying the clean look right now.
I even built a list to go along with these new tanks. The 1500 pt list follows:
I wish I could get a vindicator into the list!
Posted by John Stiening at 4:22 PM