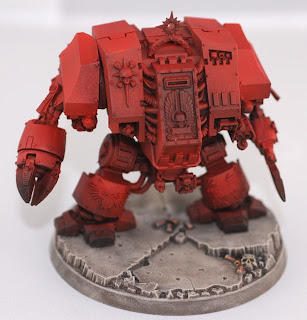 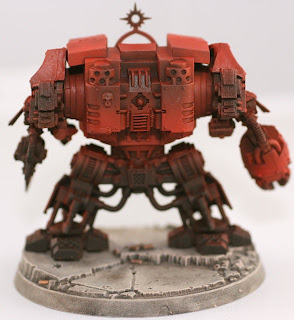 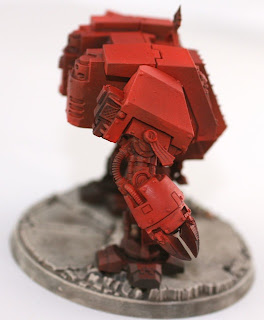 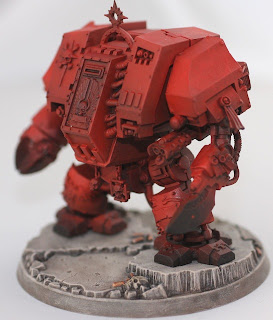 I started a new Blood Angel's army when I first got back into 40k after a long hiatus, and consequently after a few years my painting style had changed. Since my first BA dread with FW CCW, I have moved on to heavy air brushing, and shading, giving a slightly comic book feel to the force. In preparation for my first libby dread, I purchased on dreadnought FW CCW and one Grey Knight dreadnought force weapon. I have had these pieces sitting in a box for ages.
As it turns out, work has been pretty busy, so I have not been able to make it out to the GW store. Rather than pass up the opportunity, I decided to finally convert my own libby anyway. This guy will eventually be towed behind a storm raven, but that requires me to have some time to shop.
My new BA recipe is the same for vehicles as it is for dreads or troops.
I have held off putting battle damage on my new BA, but I think I am going to go with chardon granite followed by chainmail. Som heavy streaking of black will follow.
Posted by John Stiening at 6:31 PM