On the Painting Table 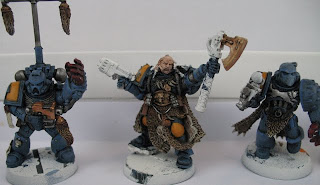 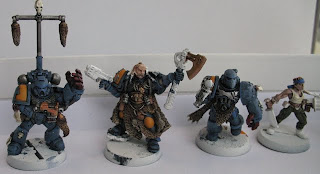 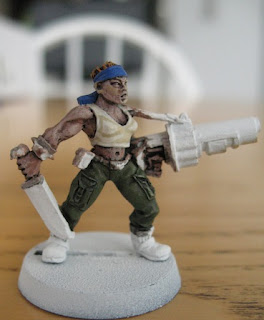 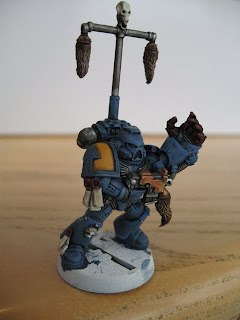 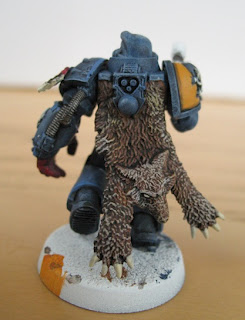 I hit up Pandemonium games yesterday and picked up a bunch of interesting stuff. I found a bunch of Voystroyans to add to my Imperial Guard army, as well as a female guard model with a grenade launcher. I've been steadily collecting an all female command squad, so this will help. I also found a neat wolf rune priest. I have never played Space Wolves. In fact as Dan Abnett even referenced, I found their fluff a little one dimensional. However, given all the time i have on my hands, and my need to prove I can paint again, I thought it would be fun to give another chapter a go. Wow. I really enjoy painting Space Wolves I have no idea if I will ever paint enough to field them, but I really enjoy it. I converted an AoBR marine to be some kind of blood claw wielding a banner, as well as another marine with PF. I decided to try and stick with older looking armor, since the wolves seem to be the least well equipped. The wolf recipe was pretty easy, and I will post it if anyone is interested. I do have a few more work in progress shots.
Posted by John Stiening at 9:44 AM