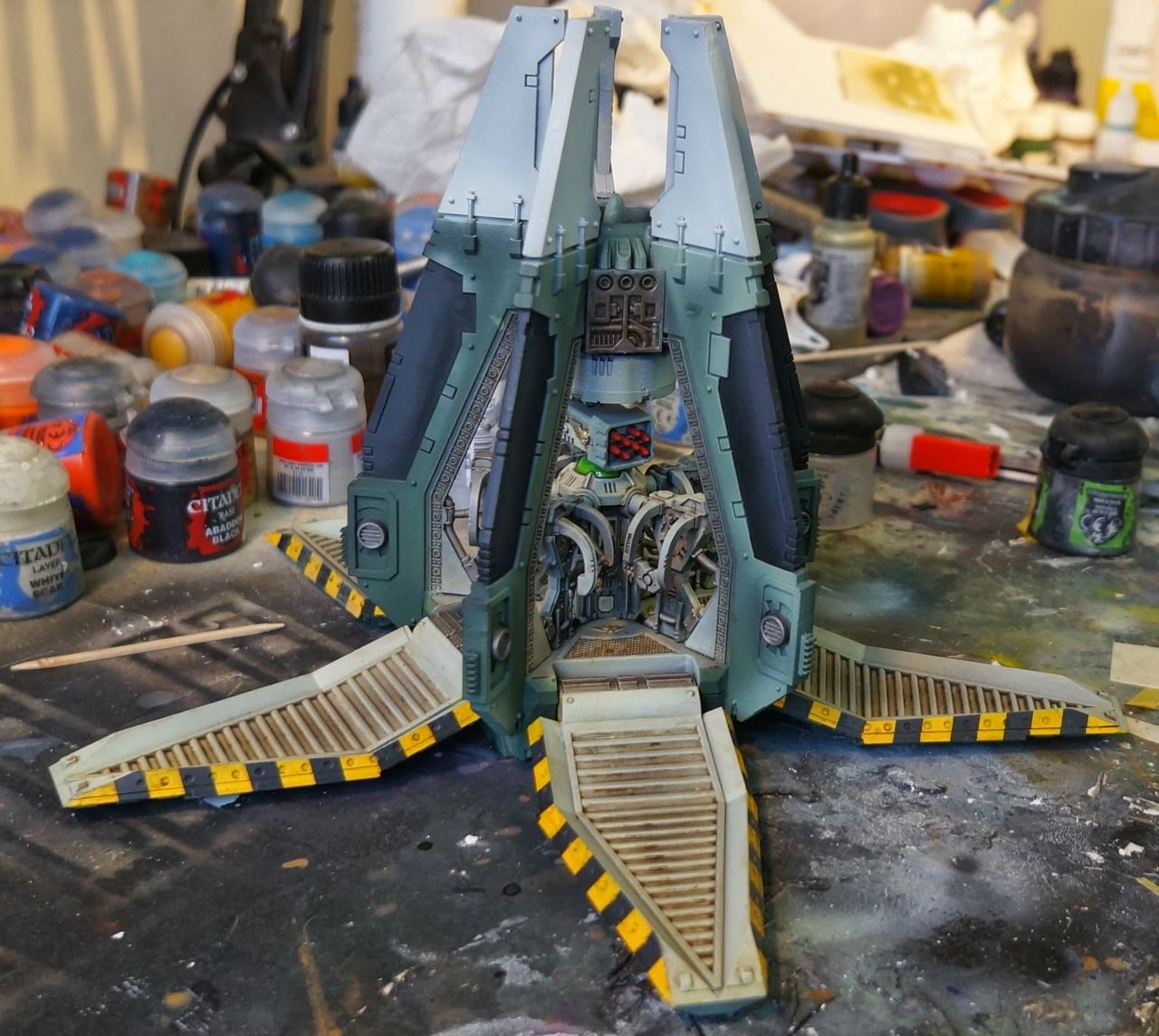 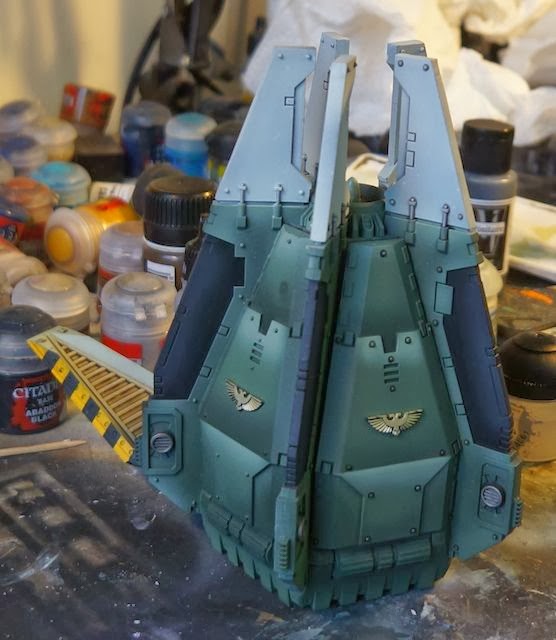 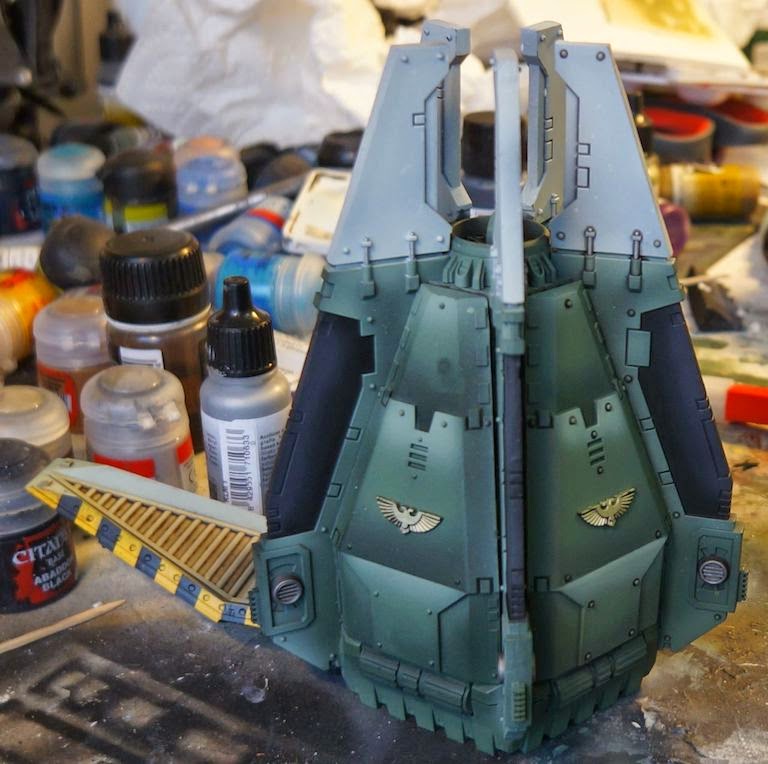 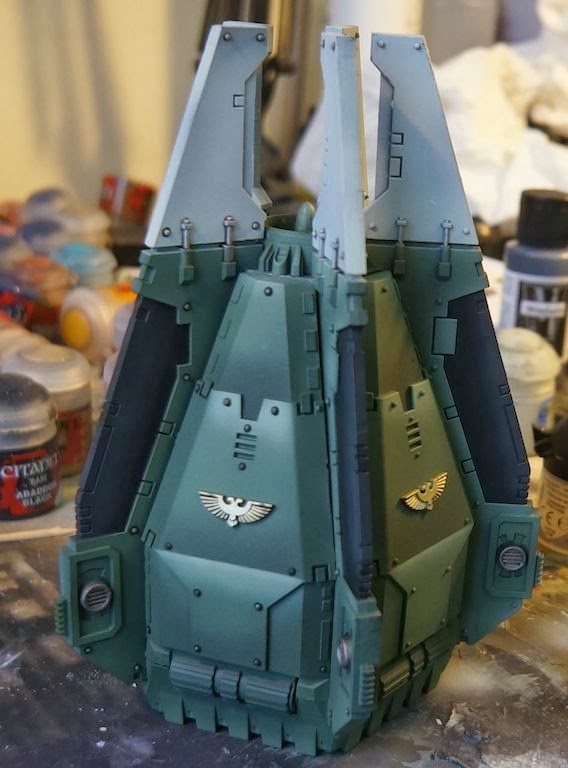 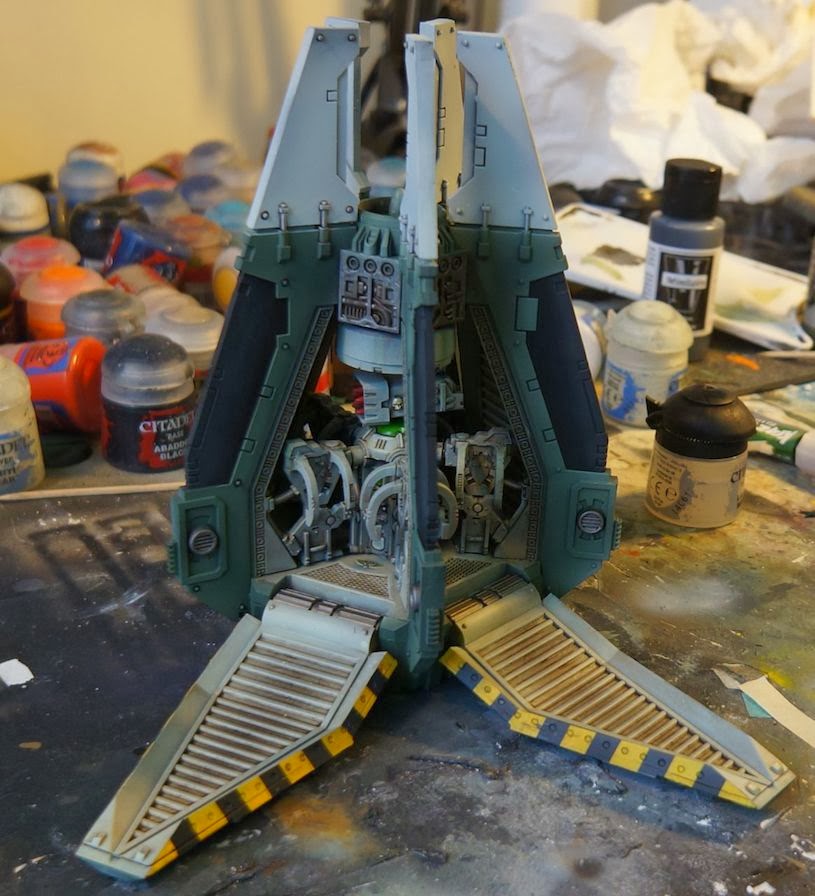 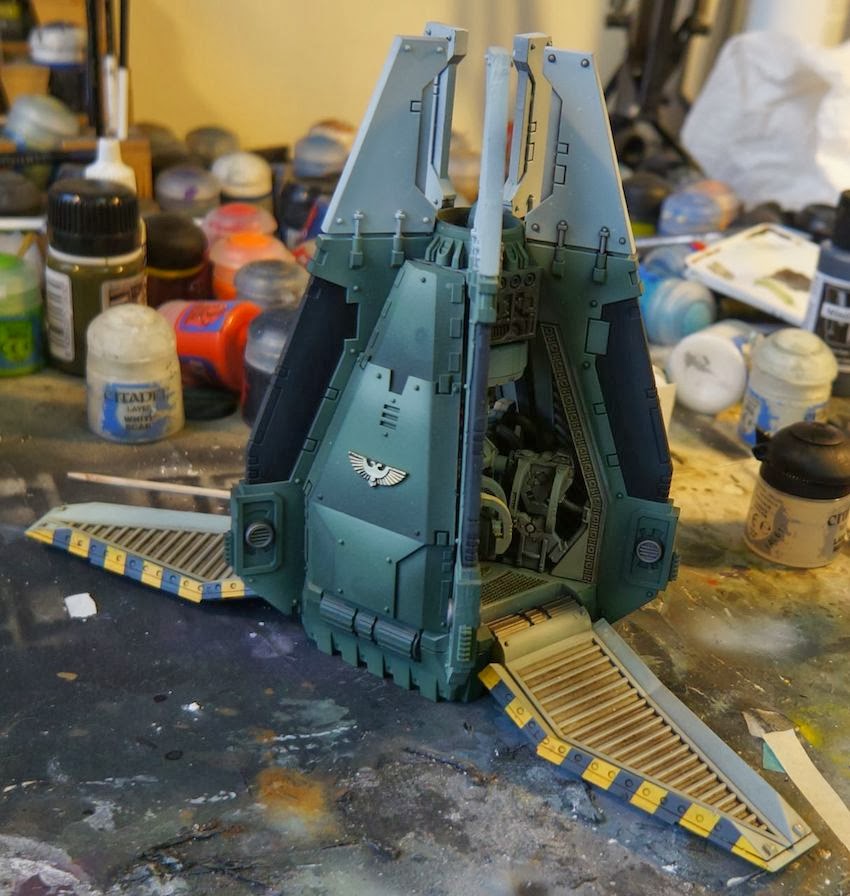 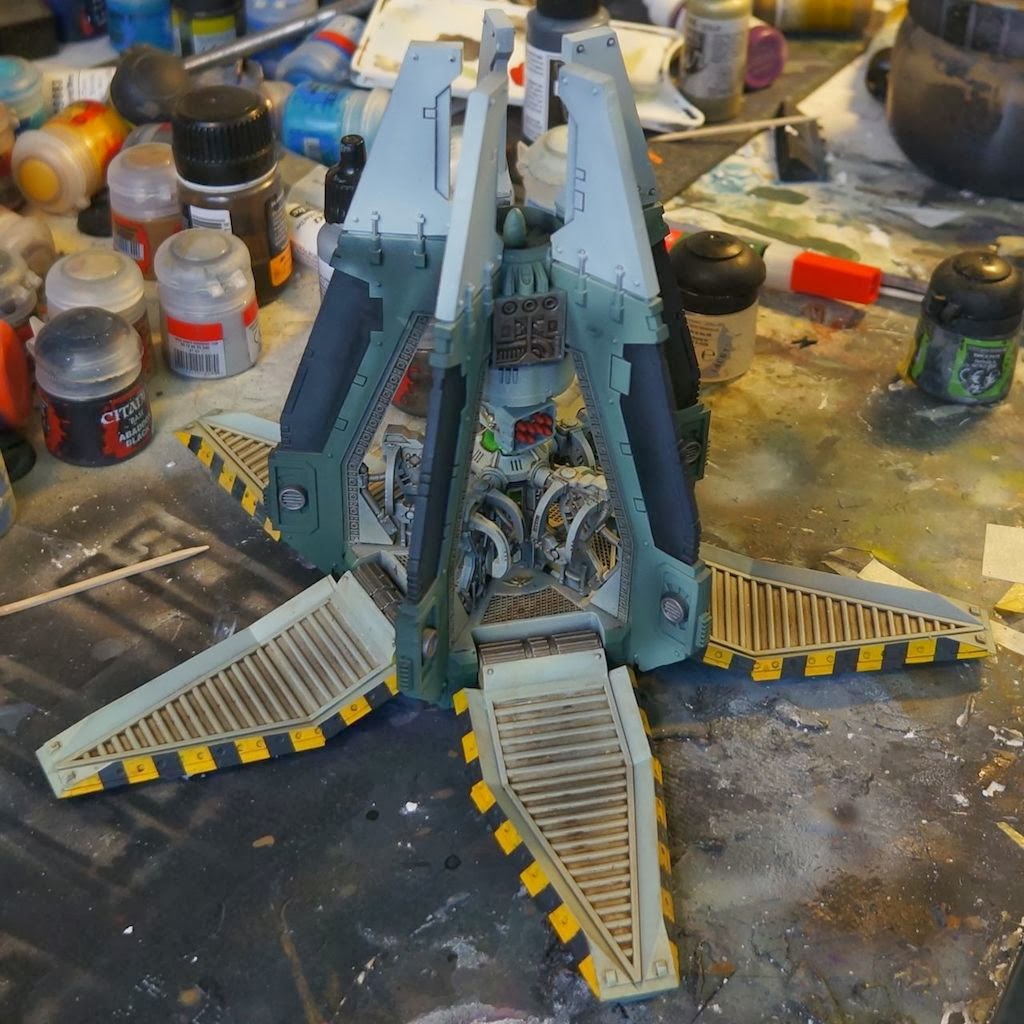 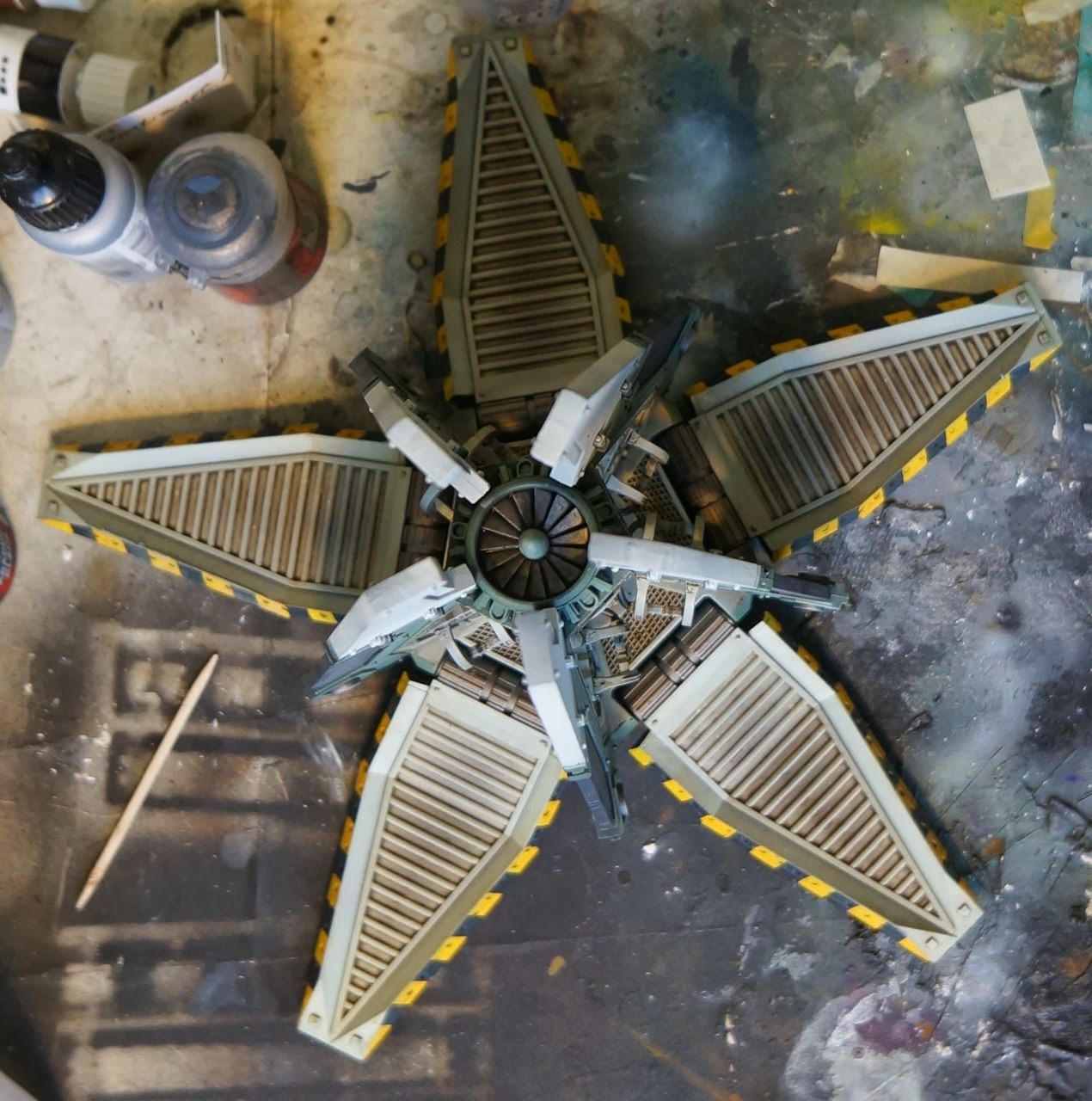 Saturday I had the opportunity to relax an get some modeling done. It was much needed R&R after a week of dealing with Attorneys for the company.  This is the result. One Sons of Horus drop pod ready to carry its payload of 8 multi-melta equipped troops into battle. When escalation and stronghold assault came out, I realized I needed a counter to heavy fortifications and super heavies. The ten man melts-squad is my solution. Points-wise it is an expensive unit, but it does threaten just about anything. In a legion list, the tactical support squad is a troops choice, so this unit benefits from being scoring as well. The two extra slots are saved for the apothecary and the praetor, who bring more punch. So in addition to vaporizing what they target, the squad has three sets of artificer armor and feel no pain saves.

It might look done on causal inspection, but there is still a lot of work to do on the model. I experimented with my own mixture of oil wash rather than my usual dark brown AK-Interactive wash, and the results clearly demonstrate AK as the superior product. Targeted washes, paint chipping, and edge cleanup are all on the docket.
Posted by John Stiening at 11:31 AM