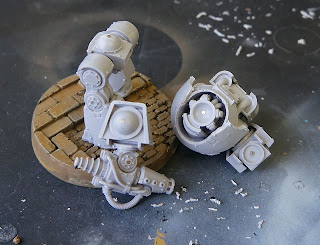 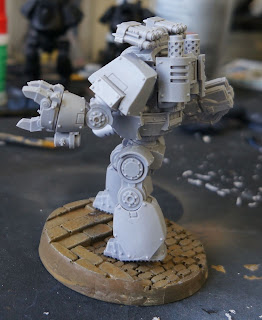 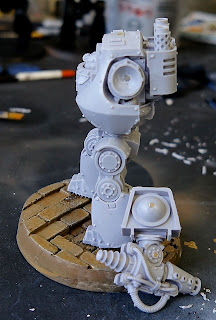 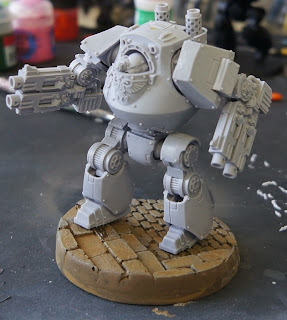 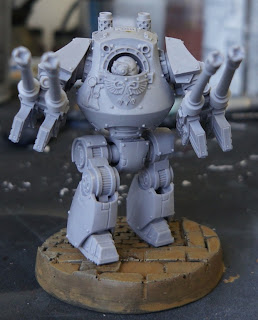 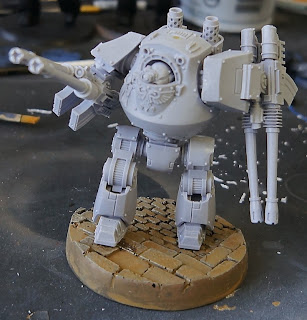 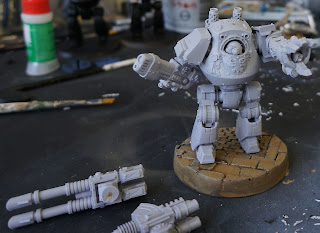 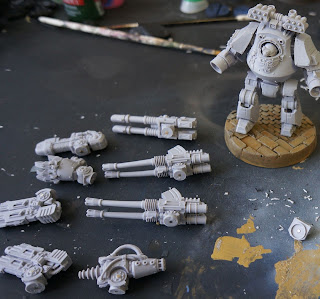 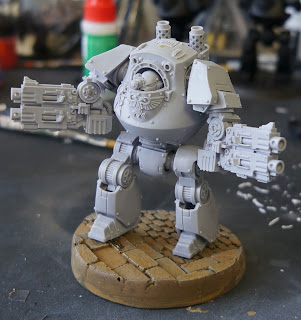 I've had several Contemptors in my FW stash for some time, but despite loving the model, I had carefully avoided building them due to the difficulty of contraction. Yesterday I sat down and magnetized the weapons as well as the major joints. This solved the posing problem in addition to the weapon load out problem. It is also kind of fun reposing the dreadnought by rotating the shoulder and moving the elbow on two axis.

Now the legs..... What I can say? Contemptors have really difficult legs to build. I felt like I was juggling balls covered in super glue. At one point I had the legs just right and then progressively got the pieces glued to my hands until I was basically wearing the dreadnought like a demented pair of gloves. Needless to say the legs are not as dynamic as I would like, but they are set.

Now all I have to do is boil some water so I can reshape the bent weapons and I am good to go. The added benefit is that I can easily add Contemptors to my collection now and share some of the weapons I have painted.

Now to paint this guy up as an Ultramarine and the other two up as Emperors Children.