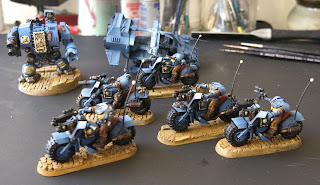 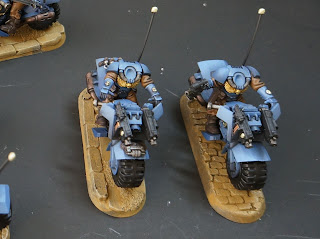 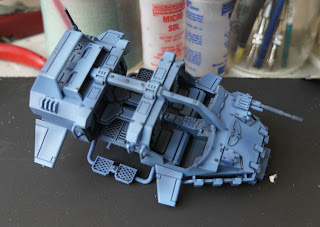 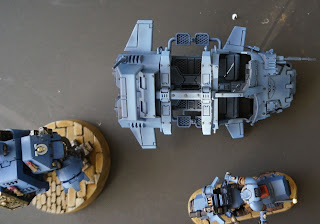 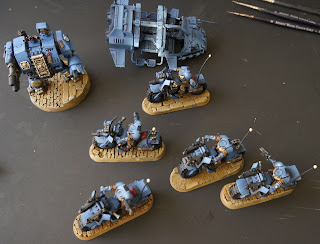 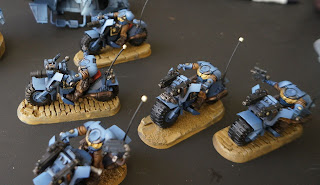 In my quest to paint all the stuff that that I've never painted, I have two new units under the brush.

First I have a squad of scout bikers with magnetized weapons reporting for duty. These guys have been a blast to paint, though I am struggling a bit with the cloth on their pants. I was told to never field these guys, which moved them to the top of my painting queue! I can't wait to get decals on these guys and then do weathering. I think they will fit really well into the base. I am tempted to not use weathering powders but to instead airbrush graveyard earth along the tires and lower portions of the bikes. This way they would match my tanks. I had forgotten what a grind painting the actual SM bikes was.

The second unit in process is the Land Speeder Storm you can see in the background. The color is off a bit from my dread, but I am pretty happy with all of the shading none-the-less. The idea of having to paint up an identical non mounted squad to match the riders is a little daunting, but should be fun.
Posted by John Stiening at 6:19 AM